Some people are viewing the lockdown as an opportunity to get creative, and make new fantastic pieces of art. Others are just looking for a means of escape through consuming as much culture as possible. And then there are those who are a mix of the two, wanting to create on occasion but still want to work through that ever growing backlog of content they’ve been putting off.

Wherever you fall on that spectrum, Saskia, Mary and Tayo have looked across the media streaming landscape to pull out some ‘must watch’ content for you to enjoy.

Netflix is arguably the number one streaming service; even though it has some strong competition, I’d argue that its original content supersedes that of its competition, for example Amazon Prime. Although it adds new shows regularly – from hard-hitting stories we didn’t know we wanted to hear, to some genuinely gripping series – it also has some great old films and shows that in the years since their first release just keeps on giving. Listed below are five picks that are guaranteed to keep your mind entertained, and off of the unrelenting practices of social distancing.

Narrated by David Attenborough, any of the BBC Earth planet documentaries (Blue Planet, Frozen Planet etc.) are a great way to stimulate your mind and remind us of how precious our planet is. With the coronavirus keeping people indoors, we are seeing a reduction in pollution around the world. For example, the Himalayas can be seen from India for the first time in 30 years. Why not take this time to really appreciate the beauty of Earth and learn something along the way? The BBC Earth documentaries are visually stunning and have enough episodes to keep you preoccupied for the foreseeable future.

The hardest thing for people during lockdown is being away from their family and friends, so what better way to spend your time than by binging one of the most loved sitcoms of all time. Friends are there for you with nostalgia, timeless wit and wholesome fun. With 10 seasons, loads of bonus content and old interviews of the cast online, Friends will truly satiate your need for better times.

Times are tough, and real life is becoming more unbearable by the day. Riverdale is a show that allows you to completely switch off, unwind and indulge in teen hijinks, farfetched storylines and a surprise musical episode in every season. Based on the characters of the Archie Comics, Riverdale is a guilty pleasure you can get lost in, with four seasons so far and a new episode on Netflix every Thursday. If you manage to blitz through the whole lot and still have enough brain cells left to operate a remote, try The Chilling Adventures of Sabrina, from the same producers for more ridiculous, fun.

Who doesn’t love drama, outlandish clothes, beautiful people and witty banter? Ru Paul’s Drag Race has the lot; it’s highly entertaining; it’s creative and even emotional at times. Lockdown is boring, so let Ru Paul add some much-needed colour, music, dancing and death drops to our less than colourful lockdown lives. Not only that, but Ru Paul’s Drag Race knocks down any misconceptions about drag and those who participate in it by letting you know what the contestants have to go through to feel accepted. With 12 hilarious seasons, and ‘All-Stars’, you'll be sure to “Shantay you stay” at home.

‘Tiger King’ is the official lockdown binge. Since its release, it’s become a viral sensation. If you haven’t seen it yet, it follows the life of Joe Exotic, self-proclaimed ‘Tiger King’, his feud with everyone’s new favourite meme subject Carole Baskin, and the big cat culture that surrounds Oklahoma. Even though there are only seven episodes, Netflix recently released a ‘cast reacts’ episode hosted by ‘Community’s’ Joel McHale, ‘The Tiger King and I’, that answers some of the internet’s most burning questions. If that’s not enough, the endless memes and parodies will have you laughing through quarantine.

It’s brand new to UK mouseketeers, fresh from its magical launch across the pond, with a back catalogue brimming with more classics and fan favourites than any Disney nerd could ever dream of. Whilst some have been quick to point out the streaming platforms’ limited original series and lack of new content, it turns out you just need to know where to look. If you’ve worked your way through Disney’s animated classics from Bambi to The Lion King, or you’ve watched the entirety of the MCU from Iron Man to Avengers: Endgame and rewatched Star Wars for the 20th time from The Phantom Menace to The Last Jedi, you might be looking for something else worth your time. These are some of the more individual and creative gems you’ll find on Disney+, hidden amongst the mainstream movies and TV shows that we all know and love.

Float is a short film – less than ten minutes long – but it is beautiful both in its animated art and in its heart-warming content. It brilliantly captures a moving story about disability, inclusion and parenting, not to mention its affinity with portraying autism somewhat accurately from personal experiences of the filmmaker.

This is another short film proposed and fulfilled by Disney’s animators and their openness to creative ideas. You have to click through Short Circuit: Experimental Films to find Cycles listed as episode 5. Cycles is an emotional journey which shows the ‘circle of life’ a house can go through for one family. Through a time lapse in the living room, this touching animation shows key moments through one family's life; growing up, having children who in turn grow up, then move out for a new family to start their lives together. It’s incredibly moving and poignant.

Moving a little more into the mainstream with this pick, but if you’re after a touch of nostalgia and a brilliant portrayal of the X-Men as more comic-accurate characters than the movies then this is the place to look. The entire series is on Disney+ ready to jump back into a little bit of 90s superhero history.

As an avid musical-theatre kid I couldn’t not give Newsies a little shout out. This anniversary version, filmed from the stage of Broadway starring Jeremy Jordan and many of the other original cast, was screened in cinemas worldwide not long ago but now you can watch it on Disney+. It’s a musical based on the original film, but I’d recommend watching this stage-show version if you had to choose one.

If you’re looking to use this time to expand your film tastes, then I would highly recommend visiting BFI Player. They have a wide variety of films available to rent, which range from the mainstream, to the less commercially successful, to phenomenal foreign language films. The BFI also has some really interesting archives of films from across film history, most of which are free to access. Examples include these collections recording Black British history and LGBT British history. So here are some choice picks from that wide selection.

All Day is a really cute rom-com that focuses on two deaf neighbours, who both think the other is hearing. The two neighbours, played by Jason Taylor and Aliya Gulamani are great and relatable in their awkwardness. This short film has all the typical tropes you associate with a rom-com, from comic misunderstandings to chance encounters and they all land perfectly, and end up being really sweet. So if you want something to make you smile for a bit then I’d definitely recommend All Day.

If you’re looking to delve into something different, then Bait is the film for you. It focuses on Martin (Edward Rowe) a fisherman in a Cornish village as there’s an increasing influx of tourists from London who drastically affect their way of life. On a conceptual level this film is interesting, in terms of the ways it’s bringing perspectives we rarely see, but what makes this film truly unique is that it’s shot entirely on a vintage 16mm camera using monochrome Kodak stock. As pretentious as that initially sounds, it actually gives the film’s visuals a different feeling to what you’d normally see and works especially well with the Mark Jenkin’s very symbol-focused filmmaking style.

One of the really interesting archival pieces here is Gay Black Group, which is a documentary from 1983 that focuses on a support group in London for queer people of colour. Through this group of people we get an insight into this particular time period and the experiences of the people living through it. To see these people get the space to express themselves outside of the expectations of the world around them is really powerful. It’s also a really important comparison point to see all the ways in which society has changed and all the ways that things have stayed eerily similar for QPOC.

In Knives Out, Rian Johnson writes a love letter to the who-dunnit genre, evoking Agatha Christie to create a mystery about the murder of a renowned crime writer which is full of twists and turns. Pretty much every performance in the film is campy and memorable, especially Toni Colette, Chris Evans and Daniel Craig (who has a Southern accent which is both incredible and terrible at the same time). Johnson doesn’t just replicate Christie, but actually adds a really interesting spin on it, weaving in some social commentary to make a genuinely interesting film. So it’s the perfect pulpy film to get sucked into and have fun with.

Pain and Glory is Pedro Almodóvar’s latest film, which tells the story of a chronically ill and ageing film director as he reflects on his life and career. The writing and broader craft of the film are all brilliantly executed throughout, with Almodóvar clearly reflecting on parts of his own career and life through his protagonist without it ever feeling self-indulgent. However, the real draw of this film is Antonio Banderas. He gives a phenomenal performance, playing the protagonist with a real specificity and care throughout. He manages to hold your attention whilst on screen alone for large portions of the film, then have incredible tender scenes with others. If you’re looking for something introspective and powerful then Pain and Glory is for you. 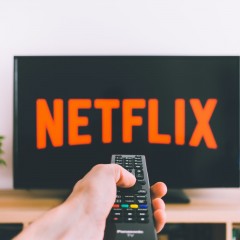