With International Women's Day being last week, I wanted to research some of my favourite revolutionary female musicians in history, who fought for their place in music history before the media existed.

Music has been around since the prehistoric era, made through singing, humming and even coughing. People made instruments from bone and stone. The world was a much simpler time. However, with human evolution, inequality between genders has grown, and music isn’t any different. I’ve written this article in an attempt to highlight some of the lesser-known women that made a difference to the way we hear music today.

My first example is Kassia, born around 805-810AD. Kassia was a poet, composer and hymn writer, and is often considered the first female composer of the Western World. She fought for women’s rights after the Emperor Theophilos implied that all women were responsible for evil, using the story of Adam and Eve as his proof. She attacked early thoughts that music was only for men, and generally confronted the perfection of men, especially with her famous line “I hate the rich man moaning as if he were poor.” She is one of the first examples of women fighting for their position in the musical world.

Another incredible woman is Hildegard of Bingen, a writer, composer, philosopher and general polymath born in 1098. Her music is considered among the best music of the Middle Ages. During the period where she was alive, women were rarely permitted a voice, but Hildegard claimed that all her writings and music came from ‘Visions of the Divine’ and, as she referred to herself as a member of the weaker sex, these statements made her claims more believable. She made close associations between the female body and music itself in her compositions, and is seen as a sort of feminist icon to individuals in the classical and non-classical musical worlds. Although she needed to use self-deprecation towards herself and all women to make her voice heard, she used her advantage to spread her thoughts in a period of time where this just wasn’t possible for most women.

In 1122, Eleanor of Aquitaine was born. She was one of the wealthiest and most powerful people in western Europe at her time, as the wife of King Louis VII of France and then King Henry II of England. Although she made female history in more ways than one – for example, accompanying her husband on a Crusade and influencing other wives to do the same – Eleanor also brought her love of Medieval music and support of the Middle Age composers from Aquitaine to the English court. She was also a general female badass, demanding her tomb be built a few inches higher than her husband Henry’s, so she could be elevated above him for all of eternity.

The Comtessa de Dia, possibly named Beatriz, was a female composer around the 12th-13th centuries. She created music, generally composed on flute, with themes of optimism, self-love and praise of herself. She composed ‘A chantar m’er de so qu’eu no volria’, meaning ‘I must sing a song I’d rather not’, which is the only surviving melody by a female medieval lyric poet (known as a troubadour). She made history as the only female composer in Medieval times, which is pretty epic if you ask me.

Finally, Isabella d’Este, born in 1474, was one of the leading women of the Italian Renaissance. She sponsored several composers of her time, such as Bartolomeo Tromboncino and Marco Cara, and she also played the lute. However, arguably the most important part of her music patronage was her employment of women as professional singers at her court, such as Giovanna Moreschi, which was incredibly unusual at the time. She didn’t just support music, however, she was generally a patron for the arts, and had lots of famous artists work for her (such as Leonardo da Vinci).

This is most certainly not a definitive list of the only incredible women in the historical music world, but, in my research, these are the women that stood out to me as some amazing figures that all women can take inspiration from. Let me know any other amazing women in the past that I’ve missed out! 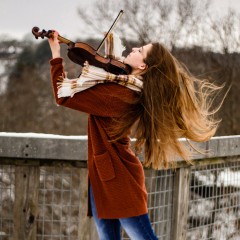 Incredible women that made a difference in music history

With International Women's Day being last week, I wanted to research some of my favourite revolutionary female musicians in history, who fought for their place in music history before the media existed.