How the industry will have to react, the impact on artists, and the possible ways that live performance can be kept alive through the outbreak.

The coronavirus pandemic is quickly becoming one of the biggest health crises we have faced in recent history. The world over, there are increasingly radical quarantines and social distancing measures being put into place in order to contain the outbreak – and rightfully so.

Of course, this puts musicians in an incredibly difficult situation. While people with office jobs can simply work from home, the income of the performing musician relies on concerts and similar events, with lots of people crammed in close proximity in a concert hall or a church for an hour or so at a time. In larger ensembles such as orchestras and especially choirs, even the performers are a danger to each other due to the proximity, and long practice sessions before the concert even begins. Unsurprisingly then, concerts are rapidly being cancelled and postponed all over the country.

This presents people who rely on performance – already a financially unstable career at the best of times – with the prospect of weeks if not months of uncertainty as to where their income is going to come from. Organisers for both classical and popular music concerts are reporting dramatic downticks in attendance and ticket sales: between 25% and 50%. Tom Kiehl, acting chief executive of industry at UK Music has stated the virus will be a “hammer blow to the British music industry and threaten the livelihoods of many people”.

Some places are attempting to remain open until government advice states otherwise – many of which are small music venues that can hardly afford the hit to their income – and are reportedly increasing signage and taking other measures to remind patrons to maintain good hygiene practices. Notably, it remains unclear whether Glastonbury will run for its 50th anniversary. The festival is slated to take place in June, which would place it just after the government’s predicted peak of the outbreak.

Some are using slightly more unorthodox methods of keeping the music playing. On Thursday (12 March), the Berlin Philharmonic performed Berio’s Sinfonia and Bartok’s Concerto for Orchestra to an empty concert hall (Berlin has called an official halt to large gatherings) and live-streamed the performance for free. They have also made their entire archive open to the public (usually you have to pay for it) for the next month.

(The author of the above article has published a list of no-audience video-streamed concerts for the next week or so).

However, individuals and smaller ensembles do not have access to the fantastic recording equipment and cameras of the Berlin Phil’s Digital Concert Hall. These performers might want to turn to a service such as ConcertWindow, StageIt, Gigee, or Twitch. All will allow you to schedule and promote a concert in advance, and the first three will allow you to sell tickets to watch. Twitch is more difficult as you will have to rely on stream donations or subscriptions. Still, it is possible to generate money from all these methods, which makes them a possibility for independent musicians worried about income.

However, due to the demographic for online advertising through Facebook and Twitter, and the actual technology barrier of using a streaming service like the above, older concert-goers are perhaps more likely to struggle to use these services. This also means that the genre of the performance might have an impact on how viable putting on concerts in this way is: popular music statistically attracts a younger, more tech-savvy demographic, whereas classical or jazz tends to have an older audience that might struggle with using an online service.

There have also been some fascinating experimental attempts of digital live concerts, including one held within the framework of a Minecraft server had attracted 10 million concert-goers. The virus, serious though it may be, might encourage a new surge of experimental concert experiences to be pioneered.

There is, of course, a huge question about whether and how governments are going to help artists in these perilous times. With no official sick pay procedure for the self-employed, they cannot take advantage of the adjustments the government has been making for those in office jobs. There is currently a petition to parliament with 351,496 signatures (as of the time of writing) demanding that the self-employed are included in statutory sick pay. German culture minister Monika Grütters has promised cultural centres and artists government support, including “liquidity support”. With this precedent set, it would be interesting to see if the UK government decides to follow suit.

Of course, it is also incredibly uplifting to see that, as much as music is under threat by this pandemic, it is also the way by which many are attempting to alleviate the effects it is having on everyday life. Facebook and Twitter have been awash with videos of people singing and playing instruments from balconies and rooftops, in an attempt to bring music to the quietened streets. In one, a whole street sings a local folk tune together. In another, a man plays a trumpet rendition of John Lennon’s Imagine, the sound ricocheting off the empty streets, to the delight of people stuck indoors, sticking heads out of windows or standing on balconies to hear the music.

In a time when isolation and separation are going to be required for the sake of public health, and keeping the vulnerable safe, music might play a more important role than ever in uniting and lifting the spirits of people in need of some cheer.

If you suspect that you, or someone you know, might be infected with Covid-19, government advice is to self isolate and visit the NHS’s webpage on coronavirus, which has essential information on the disease, before dialling 111. 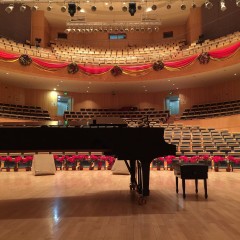 Musicians surviving in the age of coronavirus

How the industry will have to react, the impact on artists, and the possible ways that live performance can be kept alive through the outbreak. 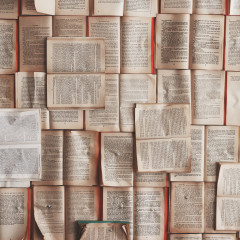