A TV adaptation of Malorie Blackman’s novel, Noughts & Crosses, set in a dystopian London where the races have been reversed and society is made up of a black elite and white underclass, recently aired on BBC One. There was one idea in particular, which really stuck out to me: plasters. There was a scene in which a white girl has a dark plaster on her head, which another character goes on to explain is because “They don’t sell pink plasters. Only dark brown ones.” Before watching the series, I’d never even considered the issue of the diversity of ‘nude’ products, and the fact that ‘nude’ for me, is something completely different to the next person, and the next and so on, and how corporations massively prioritise the needs of light skinned people over those of dark skinned people.

Tesco recently launched a new range of skin tone plasters, becoming the first UK supermarket to sell skin coloured plasters for different skin tones. Initially, of course I was delighted by the news and interpreted the announcement as a move in the right direction for inclusivity on the beauty market – allowing the beauty industry to cater to a wider range of customers. This was until I stumbled across a tweet which uncovered the hidden truth behind the new launch.

The tweet from Lovette Jallow claimed that Tesco had in fact copied the idea from a BAME-owned business, which had pitched the idea to Tesco two years earlier. The tweet read “they took in samples and then copied her work, repackaged it and shut down yet another small poc owned company”.

Nünude, the first UK brand to provide skin tone underwear for women of all colours and sizes, collaborated with Swedish brand, Skin Bandages, to launch their own skin tone plasters, prior to the launch of Tesco’s version. According to a tweet by Jallow, Tesco allegedly ordered the entirety of Nünude x Skin Bandage’s skin tone plaster range via Etsy in July 2019, going on to release their own range of plasters of the exact same material, colours and even name. Tesco are yet to comment on the situation, but Nünude and Skin Bandages have taken to social media with a press release voicing their stance.

From the offset they clarified that they are not angry that Tesco have launched this range, acknowledging the importance of corporates recognising the need for inclusivity for all consumers of beauty products. However Nünude and Skin Bandages were unsettled by the lack of credit given to the small brands from which they’ve taken inspiration: “Campaigns claiming “it’s bloody time” when really it has been here and you’ve known that, discredits the recognition of our work”.

Unfortunately, this isn’t the first time this has happened for Nünude, with American Apparel launching an extremely similar range of skin-toned underwear, which went on to spark other companies to do the same. Again, of course, this is a huge positive for diversity within the beauty and fashion industries, however it diverts attention away from small businesses who are also striving for inclusivity, whilst also having to compete against large corporate companies to get their products and messages seen.

Instead of ending on the dreary reality of large corporate companies’ mistreatment of small startups, Joanne Baban Morales, CEO and founder of Nünude, suggested a solution: “I believe there should be advertorial funding opportunities for small start-up businesses, especially if your brand is doing something amazing for communities or your brand is a niche. Corporates, media publications should consider competitions or incentives where small startups can earn free advertising opportunities and earn media coverage. This will help support small brands that do not necessarily have the finances or advertising”.

Hopefully other supermarkets and corporates will follow Tesco’s lead in order to make their brands an inclusive place for all customers, however it is crucial that large brands lift up small startups and businesses, whose sole mission it is promote inclusivity for all. 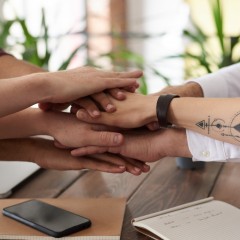 The dichotomy of promoting diversity while stamping out POC businesses 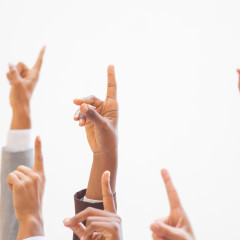