Oh boy, is it that time already?

Happy national hate-yourself-if-you’re-single day. Valentine’s Day is a time where single people are patronised by their coupled-up counterparts, can’t order a meal in a restaurant or take in a late movie without being reminded that the world was built for two. Valentine’s Day shouldn’t be that painful simply because you go to bed alone on 14th February. As a proud singleton myself, this year I’m giving you a few tips on how to avoid the charade that is Valentine’s Day and the feeling that you aren’t worth anything because your world has an occupancy of one, that comes with it.

Avoid social media
I know this sounds like a tall order, but it’s the most sure-fire way to avoid all things Valentine. Social media – Instagram in particular – is no more than a highlight reel of people’s lives; and, although we know this, we can’t help but see every boomerang as a snippet to the life that we don’t have. What you won’t see on Instagram is the number of couples who come home after work on Valentine’s Day, to do nothing but order from Just Eat and veg out in front of their latest Netflix obsession.
If you’re single, with no prospect of a partner chasing you through an airport or holding a boombox (a physical version of Spotify for those born in 2000) outside of your window, then the last thing you need is seeing a couple you know, or most likely don’t dancing under the Eiffel Tower, re-enacting Lady and the Tramp or god forbid, getting engaged in front of a group of nosey onlookers. Read a book, watch a film online, peruse an interesting article, just don’t stew in a smokescreen that holds no resemblance to the real thing.

Don’t fall down the rabbit hole
As if being single on Valentine’s Day itself isn’t bad enough, you also have to contend with constant promotion leading up to the big day. Every film on TV is either Bridget Jones or some romantic gush that ends in a scene so predictable you could see it from Mars. Ben and Jerry’s ice-cream is half price in supermarkets, and the cold weather makes it all too tempting to sit wrapped up in a duvet and not move for the entire weekend. This is the rabbit hole, and you must do everything in your power not to fall down it. Indulging in this kind of behaviour is gross cliché that perpetuates the notion that all single people are pathetic – and that is not the case. Just because you aren’t on a date, don’t think by engaging in this behaviour that you’re not piggybacking on a holiday that will do whatever possible to make money from your misery.

Stay busy
If this day really gets to you, the best thing to do is to stay busy. Catch up on work, hit the gym, visit an old friend; everything you’ve meant to do that you’ve put off for one reason or another, do it on Valentine’s Day. If you’re too tired from the long Friday at work or from actively avoiding the constant public displays of affection of strangers, then take the time to make some plans. Either for the week ahead, an Easter break or the summer holidays, give yourself something to look forward to that would’ve given you more joy than the Tinder date you rummaged to find, simply because the world made you feel bad about being single.

Spend time with loved ones
I refuse to call it a ‘Galentine's Day’ because that means they win, but it’s not the worst thing in the world to surround yourself with other people you love, instead of fantasising about the life you don’t yet have – emphasis on the yet. Valentine’s Day doesn’t allow us to appreciate the love and respect we have for the people who make our lives worth living. In life, we spend so much time on what we don’t have and then it ends – not to put too fine a point on it. So why waste your time pandering to a social convention that, like so many things in life, thrive on the divide it creates. Celebrate love in its purest form, and get that “best b*tch” of yours a damn card.

A final word before you go and put this into practice: if you’re working on Valentine’s Day, or perhaps have a class at school or university, you only have to make it roughly five or six hours before midnight comes and everyone goes back to being at each other’s throats. Surviving the commute to and from home without being hit in the face with a bunch of roses is the hardest part of the day, but if you can get through that, you can make it through the night. Don’t torture yourself by leering over couples that you don’t know and secretly plot the demise of their relationship; it’s really not healthy. 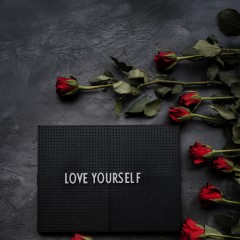 How to avoid feeling bad on Valentine’s Day

Oh boy, is it that time already? 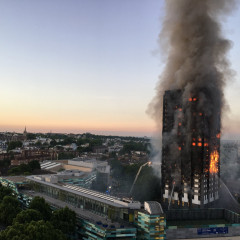 'Grenfell: Burning Justice To The Ground'