Of the 91 acts announced to be performing at the festival in August, only 20 include a woman, with only three of these acts playing on the main stage. Understandably, many people were outraged by the lack of female performers on the lineup for fear that instances like this would discourage young women from pursuing a career in the music industry. Sadly though, a significant minority also decided that this would be the perfect opportunity to voice their blatantly sexist views and prejudice against female artists.

The majority of these arguments revolved around the idea that a) men are simply better at making music or b) that the music industry is dominated by men and booking female artists wouldn’t draw in the crowds. I think we can all agree that the first statement is utter nonsense and seeing Billie Eilish dominate the 2020 Grammy Awards should have been enough proof against this. However, we can’t deny that the second statement does have a ring of truth to it. Obviously Reading and Leeds can’t single-handedly solve gender inequality within the music industry, but booking more women for these headline spots shines a light on females in an industry which is male dominated and will encourage other festivals to do the same.

However bleak the situation sounds, it’s not all bad news! Of course, it shouldn’t have to take a blatant act of inequality to spark people to take a stand against it, but luckily artists and festival goers are reflecting on the situation and what it means for them. One example of this is Brit award-winning band The 1975, who recently agreed to only play at festivals with a gender-balanced lineup. The decision came after frontman Matty Healy responded to the Guardian’s deputy music editor Laura Snapes suggesting the band “add a condition to [their] rider that says [they’ll] only play festivals that commit to X% (ideally 50%!) acts that include women and non-binary performers”, saying “Take this as me signing this contract – I have agreed to some festivals already that may not adhere to this and I would never let fans down who already have tickets. But from now I will, and believe this is how male artists can be true allies”.

The 1975 have always been open about their beliefs in equality for all, but it is really inspiring to see a band of this scale putting their words into action. Hopefully examples like this will inspire other larger artists to use their leverage to demand equality on these lineups and recognise the monumental impact they could have on this dire situation.

It’s also encouraging that the Keychange Initiative, which pledges to enforce completely gender-balanced lineups by 2022, has been taken onboard by many music festivals, including BBC Proms and Bluedot. Hopefully the accomplishments of these festivals will prove to others, such as Wireless, Reading and Leeds, and Glastonbury, that inequality is not what it takes to make a festival successful!

Some festivals have taken it one step further. For example, Native Festival, Loud Women Fest and Boudica Festival have lineups consisting solely of female artists or female-fronted bands. Although, admittedly I hadn’t heard of any of these festivals, hopefully events like these will give female performers a space to express themselves freely, as well as introducing young people to female artists and helping to eliminate the stigma associated around women in the music industry, particularly in rock.

Gender inclusivity in the music industry is clearly changing for the better, but it’s time large festival organisers got the memo. As festival goers and consumers of music, it is our responsibility to urge organisers and artists alike to recognise that true alliance means putting your words and beliefs into action and hopefully this will mean more artists follow The 1975’s lead and use their platforms to voice their outrage about these situations. 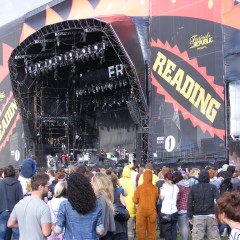 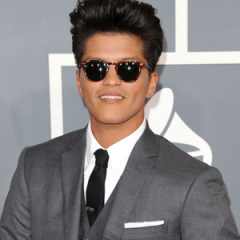