My opinion and research about cultural appropriation and its place in the art world.

Appropriation is when an artist uses ideas from another piece of artwork without authority and it has been an issue in the creative world for many years. Recently, a fairly similar idea has been becoming more of an issue in day to day life: cultural appropriation.
Cultural appropriation has been defined as ‘the unacknowledged or inappropriate adoption of the customs, practises and ideas of one people or society by members of another society.’ Artists from many different art forms are often inspired by a variety of cultures and backgrounds to create their work. Sometimes people can find this offensive and communities from the original cultures may feel as through their identity is being taken away unfairly. This is where cultural appropriation becomes a danger for artists.
Overall, anyone accused of cultural appropriation is immediately considered to be quite racist and immoral by society.

There are many modern examples of famous, influential celebrities being accused of cultural appropriation which almost turned into public scandal’s social media. As shown, Katy Perry wore a traditional Japanese kimono in her performance at the 2013 AMAs with rice paper backgrounds and cherry blossoms and was accused of the equivalent of performing in blackface. From the little knowledge I had started with, thinking that fashion was the main artform in danger of cultural appropriation, I was most shocked when I found that it was also a problem for iconic historic artists such as Picasso.

A painting by Pablo Picasso created in 1907 currently on display in the Museum of Modern Art in New York, was also accused of cultural appropriation. When Picasso painted this, he had been living in Paris where many African artworks were being brought over to and analysed. A collection of tribal masks took Picassos attention, and this is said to have inspired this painting although he never exactly admitted this. This proves that even though it is only recognised as a serious problem by society now, it has actually been a problem in art for many centuries, but we only seem to take notice when we go back and analyse historic pieces of art.

There is strong sensitivity around cultural appropriation because it can risk erasing the origins of the idea. People feel that if someone outside their community adopts or uses a tradition from their culture, it is taking away their identity unfairly and disrespectfully.
Although this is a serious issue, in this day and age the slightest errors can be blown out of proportion and can cause someone to be labelled as disrespectful, offensive or even racist.It can be argued that cultural diversity is one of the main ideas that started some of the most influential and popular artworks in history. From fashion to dance, different cultures and traditions have inspired and developed art in many ways. So, the question at hand is where do we draw the line between cultural appropriation and cultural appreciation?
In my opinion, artist should be allowed to get inspired by ideas and traditions form different backgrounds as long as they portray them correctly and w respect. Fusions and collaborating on ideas and themes is exactly what the world needs to bring communities together whilst also making amazing new art. I’m not saying that fusing cultures into art is going to bring world peace or anything but I’m sure it will bring us closer to understanding each other and relating to each other’s beliefs.

So overall although the line between appreciation and appropriation seems to be unclear, it is important that artists continue sharing ideas and culture in order to benefit the art world as a whole whilst also giving tribute and credit to their source of inspiration. 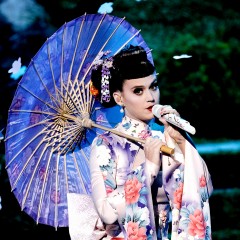 Cultural Appropriation in the Arts

My opinion and research about cultural appropriation and its place in the art world.