The 92nd Academy Awards are over, what happened and what does it mean?

The Oscars this year were a tale of two halves, bringing both tedium and massive shocks.

On the one hand, there was a general lack of excitement coming into the event, with a feeling of predestination looming over the night. This feeling seemed to be reflected in the outfits on the red carpet (with some notable exceptions) where even Billy Porter, who has become renowned for phenomenal red carpet looks came in an outfit that was relatively pedestrian (by his standards). The sense of predestination continued with the winners of the four acting categories, which all felt more like guaranteed lifetime achievement awards than Oscars for any specific performance. Sadly there was also more of the same in terms of the treatment of films by and about women, with Little Women only winning the one Oscar it was all-but-guaranteed to get – costume Design.

In the face of what could have been an incredibly dull Oscars came the other half of the story, which was full of shocks and excitement. Janelle Monae brought a bombastic performance in the opening of the Oscars, taking time to shout out the female directors who weren’t nominated. Hair Love, a crowdfunded and incredibly sweet film about a father learning to do his daughter’s afro hair won Best Animated Short. Hildur Gudnadóttir became the first woman to ever win an Oscar for Best Original Score. Taika Waititi became the first indigenous person to ever win (or even be nominated) for Adapted Screenplay. Perhaps most surprisingly, Parasite defied expectations and became the first non-English language film to ever win Best Picture, whilst also winning Best Director, Best Original Screenplay and Best International Feature.

In a sense, Parasite’s wins rescued these Oscars from mediocrity and instead made them something incredible, and represents a historic move away from being a ‘local’ set of awards (as put by Bong Joon-Ho). However, in spite of this excitement, we have to remember that deep problems with the Oscars still exist. It remains true that no women were nominated as directors in spite of incredible work by the likes of Greta Gerwig and Lulu Wang. It is also true that only one POC actor was nominated, and none of the cast from Best Picture got a nod – a frustrating pattern amongst films with predominantly Asian casts.

All of this runs contrary to a year where diversity in the film industry has actually increased. What the complicated picture of this year’s Academy Awards ultimately means is that there is a possibility for a better path forward in which the big institutions of the industry decide to respect the wealth of different people telling incredible stories, but for that to happen there has to be active change and choices from them. It’s not enough to release nice soundbites and hiring female and POC hosts and performers for awards which barely feature anyone who looks like them. These systems and institutions have to adapt, or risk sinking into obsolescence as the oncoming wave of change becomes too strong to hold back. 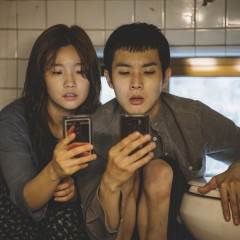 The 92nd Academy Awards are over, what happened and what does it mean?