It has been 1,317 days since Britain voted for the unknown and the future is still uncertain

After over three years of caustic, incendiary and emotional public and political discourse, the final whistle is about to blow. Or rather, we have managed to finally score just before half time, but we’re yet to find out if it was an own goal.

Mangled metaphors aside it has been a positively toxic experience reaching this point, but after 1,317 days, three prime ministers, three rejected withdrawal agreements, two general elections and one case of deliberately misleading the Queen, the day has finally arrived where the UK can break free the shackles of the EU. Cast off the chains of collective security, shake loose the burden of 40 pre-existing trade deals with 70 countries, and gladly wave goodbye to access to the single largest market in the world. Now we have the chance to forge out a new destiny, a new image and a svelte new passport to go with it.

Quite what that destiny is, nobody has yet been able to say. Beyond the nebulous and increasingly meaningless aim to ‘take back control’, we’ve yet to hear quite what these golden opportunities are that we are better off going alone for than with 27 other countries alongside us. It can’t have been immigration, as that would be to ignore the very real immigration controls we already have in this country and failed to implement properly. It can’t be trade deals because in what world will a single country of roughly 70 million people negotiate better deals than a combined market of 513 million? Perhaps it’s environmental policy, but we’re already failing to meet EU targets for air quality, and haven’t brought over current EU laws on the environment into new legislation. Fishing? Maybe, but with our fishing industry making up just 0.1% of our economy, and roughly 70% of that fish being exported to the EU, a trade deal will almost certainly acquiesce in allowing foreign fleets to fish here.

And that’s the hollowness of this momentous day. It has been sold as a time for celebration, the end of the struggles, the lifting of the world cup, to bring back that analogy. But it’s all a lie, this is not the end, these past three years have just been the flirtation before the foreplay, the deliberation of the rules of engagement. Come tomorrow, we will be on the clock to secure a trade deal with the EU before our actual departure on 31 December. Fears of a hard Brexit remain appropriate as the Conservative Party, truly controlled by a fervent euro-sceptic fringe, have a comfortable majority. Already we see that they’re willing to drop pledges made mere months ago, and are preparing another mass migration of wealth from poor to rich with their council funding tweaks. How can we legitimately trust them to negotiate in good faith on behalf of all British people when their plan doesn’t even have consent from any of the devolved Parliaments?

Incredibly the penny, or perhaps the commemorative 50p, still hasn’t dropped about how deep into the unknown we are about to dive, and what the costs will be. That isn’t to say the cost isn’t known ─ we’ve already spent more leaving that we’ve ever paid into the EU, and our economy has slipped from fifth largest to seventh ─ but the damage post departure is still to be reckoned with.

People may wave their flags and proclaim that ‘we won, get over it’, but what have they won? A tanking economy? A ticking clock that is scheduled to stop in 12 short months? A chlorinated chicken dinner for two? Blue passports (made in France)? A loss of investment in regional development that won’t be replaced by this national government? Control of an immigration policy that is already having to fast track visa applications for the talent we’ve lost?

I hope to be wrong, but come the end of this momentous match day of Brexit, I wonder how many people will look at the score and see the only thing that got played was them. 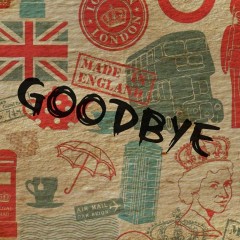 The United Kingdom is leaving the European Union today

It has been 1,317 days since Britain voted for the unknown and the future is still uncertain