Voice MagBlogsBrexit and You: the…

Out of some mix of morbid curiosity and twisted sense of duty, I have forced myself to wade through horrendous political jargon to find things to translate into human-speak.

This is an article about everything. Everything that makes up your little world, assuming that world is Britain, and what impact the never-ending-news story will actually have on it. Settle in and buckle up, it's gonna get rough.

We don’t have enough. Currently we eat 53% UK grown produce. The gap in our food supply the EU currently fills (28%) cannot be filled by us. It will likely be taken over by other WTO (World Trade Organisation) countries.

The food we produce ourselves will continue to be of EU regulation standards (The Guardian, 2019), for now, but despite government pledges that certain non-EU products will remain illegal, our new trading rules make this an impossible promise.

The WTO allows trade discrimination on the basis of products, but not of process (WTO). This means that chlorinated chicken and hormone-fed beef will simply be classed as ‘chicken’ and ‘beef’. You can either ban all beef and chicken, or no beef and chicken. This is bad news if you, like other EU countries, are concerned about the potential risks to health.

If Britain crashes out without a deal (commonly known as a hard Brexit) any imported food coming from the EU will become pricier because of tariffs – the tax placed on various products before coming into the UK. As a member of the European Union, the UK currently pays no tariffs on goods traded with other member states. This is problematic for a number of UK markets, including the exportation of Welsh lamb (BBC News), and in shellfish (Fishing News).

The way we make our own food is also about to undergo huge change, given that EU funding through the Common Agricultural Policy (CAP) currently props up many farms within the UK. This will continue until the end of the year, but we can expect a more selective funding process going forward, which will mean curtains for many smaller businesses and a shift to more industrialised practices. We are already seeing this trend, particularly towards industrial-scale chicken and dairy farms, with devastating environmental costs.

In short, if we can’t negotiate a better deal by the end of the year, food is set to become more expensive and probably worse for your health. On a brighter note we’re self-sufficient in dairy, so we’ll still have cheese, but you’ll probably feel guiltier about eating it.

We are still *eye visibly twitches with stress* heavily reliant on fossil fuels for our energy, particularly where transport is concerned. Currently we are self-sufficient in petrol but not in diesel (inews, 2019), and Parliament research has found that ‘our dependence on imported energy looks set to continue and increase into the future.’

We rely on 38% imported energy (Green Energy News, 2018). This is fairly normal for most EU countries, but our reliance on external fuel sources becomes more problematic once we pull ourselves out from the collective security the other 27 member states bring.

The price of fuel is directly affected by trust, and unfortunately we live in a time where many of the major players are going through serious political instability. Our own stability is just a blip compared to tumultuous situations across the world, felt everywhere by the fluctuating price of crude oil.

Once Britain ‘leaves’ on 29 January, we will enter a period of ‘transition’. This will give us a year to work out the final kinks in our Brexit deal. Transition is instability by any other name, so we can expect fluctuations in fuel prices at least until 31 December 2020, when we’re supposed to have finished tweaking. At this point, if all goes well, we could see prices stabilising. However, if it looks like a ‘Hard Brexit’, we could be looking at fuel increases of up to 20% (Petrol Prices), and forecourts aren’t traditionally known for immediately passing on the savings once the cost on their end goes down.

In short, prices will likely wibble up and down until the end of the year, and then either stabilise or shoot up by 20%.

The air we breathe, the food we eat and the spaces we use are at the core of what helps us continue to function, and I’m afraid it’s set to get worse.

80% of our current environmental laws come from the EU, and our government’s promise to faithfully transfer them over has already not been adhered to. Many of them are missing the complementary EU laws which help implement them, losing what little teeth they already had (Friends of The Earth).

Our air quality targets are largely driven by EU legislation, and we are already failing to meet them. Assuming we leave without a comprehensive deal, and we need to ramp up food production, we can expect to see the following:

But not all of the UK will necessarily require or permit such ecologically damaging practices., Early indications are that the Welsh Government is building a farming funding framework that rewards farmers for building in ecological services (Brexit and our land: Securing the future of Welsh farming), rather than simply being rewarded for farming in its own right.

The majority of our carbon and energy legislation laws are home-grown, though, so shouldn’t be affected by Brexit… in theory.

In short, we can be sure of dirty air and carbon emission laws hanging around as they are, but depending on where you live, farming could either tip the balance or usher in a new era of ecologically conscious land management.

As well as stuffing up our food imports, tariffs will also scupper medical supply trade routes, which could lead to shortages (AP). However, stockpiling of long-life medical products and the creation of express freight services to quickly transport short shelf-life products is already in place, agreed between the UK and pharmaceutical companies ahead of a soft/hard Brexit, so in theory, we should be okay (Royal Pharmaceutical Society).

When we leave the EU, our government will scrap the EU Charter of Fundamental Rights, which up until now has been safeguarding our protection against discrimination and worker’s rights (Equality and Human Rights Commission).

The EU has also been supporting our poorer regions through its five structural and investment funds, which will no longer be available post Brexit. These funds help to build infrastructure such as major bypasses, parks and other local services in association with local councils.

Once we’ve left, we should not expect to see any new funding coming in from the EU, although projects that had already started will see their funding continue.

In short, Brexit looks ready to upend British society, and you probably have good reason to worry if you happen to be pregnant, disabled, a racial minority or poor, but not if you’re sick – unless pharmaceutical plans to keep the medicine flowing prove to be inadequate.

Good luck out there. 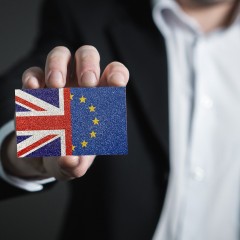 Brexit and You: the likely costs of leaving

Out of some mix of morbid curiosity and twisted sense of duty, I have forced myself to wade through horrendous political jargon to find things to translate into human-speak.