New Year resolutions must be the worst kept pledges across all of human history. We’ve placed an intangible measure on the concept of time, selected a random day to restart the clock, and then created an often arbitrary promise to ourselves which is easily or inevitably broken. But do New Year resolutions actually make us better or worse people? And should this self-help tradition be modernised in a world where social media giants promote products for self-betterment all year round?

First - the origins of the resolution. The ancient Babylonians are said to have been the first people to make New Year's resolutions, around 4,000 years ago. Their promises were not made to themselves, but instead to their gods. This religious element made resolutions a covenant with the most severe of consequences if they were not upheld. In our increasingly secular world, it is only natural that we have internally redirected our self-betterment promises. Does this make New Year resolutions an example of modern morality replacing religious morality? Or does this make New Year resolutions a more sinister example of us buying into the religion of social media and popularity contests?

Thanks to the rise of social media, personal details are being shared with the masses like never before. And that encourages resolutions to become more ambitious, and more pressuring, than ever before. This is a two edged sword dilemma of the modern era. Resolutions have the power to inspire, to motivate, and to improve, but they also have the power to increase guilt, shame, and jealousy. It is easy to feel coerced into keeping resolutions, and to feel like a failure if you cannot manage to do so.
So the question is how to balance the positive and negative effects of resolutions – how to use them to motivate and not to denigrate. The only possible answer lies in loosening the boundaries a little bit. We cannot become slaves to our own self-imposed promises and pervert the idea of resolutions by allowing them to harm us. The most important thing to remember is that resolutions are meant to help, not hurt. If they cease to do so we have not failed them but rather they have failed us. Perhaps resolutions can still be of use in the modern day, but only if we don’t hold onto the ideal of the resolution at the expense of its original purpose. 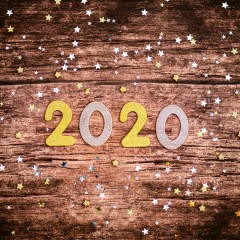