I consider film to be one of the most useful arts mediums that can be used by any artist. Why?

Well you can often capture the essence of a project or commission in either a long & detailed presentation, or in a snappy and 'flashy' way. Short films of just a few minutes can show a huge amount of information in an easily digestible and exciting way. Ofcourse it is an art in it's own right, providing a huge range of disciplines and making use of artistic skills from graphics, model making, set design, photography, lighting, acting, composing and many others.

Have you ever watched the short film about what the Arts Award Youth Network is? It's a cut down version of a documentary style depiction of our first year in existence. You can read more about the network here, or watch the film below if you're interested:

I remember one of my first 'real' film experiences - performing for a segment at the ITV news studios, raising awareness for a charity. But this was pretty young. I was fully involved in the process around the same time as I was doing my Gold Arts Award where I was lucky enough to be commission by Arts Council to work with an exceptional company called Pilot Theatre. They produce theatre, but have a significant digital & film element to their work and we were together creating a film to promote the new getintotheatre.org website (as it was new back then). The process was interesting, and I'm sure I still have a very early cut of the original script as an audio recording Marcus Romer (of whom I'm a big fan) recorded. When we eventually got to filming day and making solid use of green screen I could not have been more thrilled. I even brought a few friends down to be in it and we recorded most of the work at the Unicorn Theatre. The concept of the film is designed to be artistic and really representative. Here it is:

Watch the film before continuing to read

What do you think? It might be years old, but is it something you might have shared? Did you recognise the East Enders star? Did you think this was a 'life film about crime' at first? This is a classic example showing the behind the scenes process of creating a piece of theatre. Speaking of showing the roles, how many different roles can you list when watching our first release for the mini-promotional videos of this site? You can read the article about it here, and watch the short video below to:

So film is a key creative industry, and accommodates many other creatives who might have thought about film or not. Maybe it's an avenue for you? Or maybe you can use it to document a project like we did in our first year. Or indeed use it to promote your Arts Leadership project at Silver or Gold level.

Remember to get inspiration from our how to guide's. 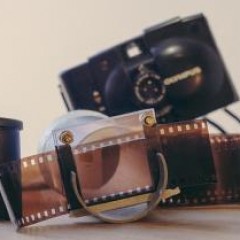 Get Gold with film

I consider film to be one of the most useful arts mediums that can be used by any artist. Why?