A paragraph on my arts challenge. :)

As an  arts challenge I could work on would be my confidence through acting and preforming. Last year in preforming arts we did a performance and I had many  of nerves as I needed to remember my  lines in {blood brothers} but as soon as I stepped on the stage I had a boost of confidence and could do the play over again without feeling anxious. I like acting because it shows my creative side by pretending to be a character I don't feel like the shy little freya in the corner when I act .I also like acting because I like becoming creative with the scripts and costumes. We are currently working on a performance on the positives and negatives of social media including bulling, grooming,etc. When I was little I liked acting as I had many main parts in a production I did In primary I also attended an acting group in my local village called Hot Shots. I only quit as I moved into high school and had to transition schools. The main concept of my arts challenge to work on my confidence ,acting skills and my creative skills. I will record my progress by speaking to my preforming arts teacher and asking him every time that I speak to him to record me out of ten how confident/open with him I have been.Durng this process I will only need support from my teacher. 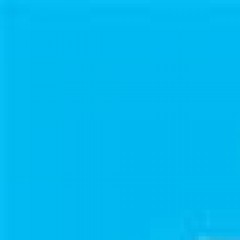 A paragraph on my arts challenge. :)