Voice MagBlogsEuropean unity in an…

How harmony can be found through debate

The British aren’t very popular in Europe at the moment, right? Surprisingly, I recently discovered the answer is not as resoundingly negative as I expected. In the same month the UK was supposed to leave the European Union, I attended an international debating session for the European Youth Parliament. This “politically unbound non-profit organisation, which encourages European youth to actively engage in citizenship and cultural understanding,'' provided me with an experience which gave me new perspectives on political issues.

The nature of this session was not competitive. Instead, it aimed to provoke conversations on the most pressing problems of Europe today. All 15 committees created resolutions mimicking those of the real European Parliament, each attempting to address issues such as climate justice, the refugee crisis, or the fourth industrial revolution. All 201 delegates then debated these resolutions in a General Assembly, deciding which ones to pass and which ones to fail.

However, although this political engagement was rewarding academically, the international community created during this session was rewarding socially. There were representatives from 34 countries in attendance, and over 29 languages were spoken. With two days dedicated to team-building alone, it was clear that one of the key principles of the European Youth Parliament was cultural unity. An enriching balance was found between appreciating the individuality of different cultures, and creating an atmosphere which was devoid of social divides. I was amazed at how aligned my values were with teenagers from countries far across Europe, yet equally intrigued by our different customs.

The session’s theme was “remember, reflect, react” – encouraging us to use our history to shape our future. Ironically, the only true disagreement I witnessed at the session was during the discussion of a resolution directly addressing this theme. This discordance was sparked by the controversial issue of the Armenian Genocide. Throughout the session, I had seen Russains become best friends with Ukrainians, and Germans grow close to Austrians. We were able to separate our friends from their country’s problematic histories, relieving them from the crimes of their ancestors. Certainly, as the UK delegation, we felt guilty for our history of colonialism, yet no other participants ever blamed us for our past. Yet with the topic of the Armenian Genocide, the past suddenly became inescapable, and we realised how greatly our versions of history differed. Notably, it was this disagreement which truly helped us all to understand the meaning of the session’s theme. This is because we immediately were made aware of how subjective history is. From then on, we tried to understand that we have to accept and not disregard our pasts, while maintaining awareness that no history lesson tells the whole story.

Another of the European Youth Parliament’s aims is to promote European values and European coordination. As such, at this session, Brexit was obviously viewed in a negative light. However, it also became evident to me that the rest of Europe is just as confused about the process of Brexit as we in the UK are! Although not all my political views on the topic were changed, it became clear to me from this mock European Parliament that European coordination is of undeniable value. We shared customs, cultures, values, and, most importantly, laughs. I learned just as much about other societies as I did about politics.

Collaborating with such a diverse mix of delegates brought new perspectives to these discussions. All the delegates returned with renewed ideas about inter-European cooperation, renewed perceptions about other nations, and renewed resolves to continue with political engagement at home. 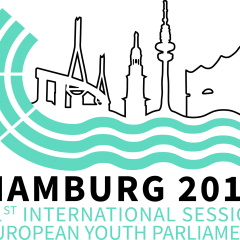 European unity in an era of Brexit

How harmony can be found through debate