I attended a workshop in London to look at the impact that AI has and could have on our lives and in society. Featuring industry experts and the public coming together to share theories on how AI can and should be used.

I attended the Mozilla Foundation workshop for Exploring The Impact of Artificial Intelligence and it was a real eye opener into just how much we could use AI for and some issues that could arise if society doesn’t plan for a potential AI relied on future. During the workshop, there were talks from experts within the field of AI and the uses we have for them. Additionally, we were led into some group discussions, to talk about how we felt about AI and their benefits and downsides. At times the discussions got incredibly deep, in which people began discussing at what point does AI have rights if we use them to work for us, plus how society will basically just collapse if we get to the point of replacing too many jobs with AI.

One of the stalls at the event was looking into how AI could be used within the arts and creative fields. There were two activities to make you think how it could be used as a tool to enhance and adapt existing arts. Or how we could use AI to create people as replacement models in magazines and photoshoots. It was the latter that really intrigued me and made me think about the morality issues and how the process could cause more damage to consumers through body shaming and body image. The biggest issue that I took from this theory related to the process of how an AI programme is created - something we were taught at the beginning of the talk. This was related to how programmers set up the parameters of the AIs’ job. This was “Bias in and Bigotry out”. The fact that if you put in wrong or biased information for the AI to learn from that you will get a useless programme out the otherside. In order to create these models, some kind of organisation would need to sit down and decide what the definition of beauty would be, in order to create an algorithm for the AI to generate the people. However, considering just how much models are photoshopped in magazines and are often pushed to maintain unsafe body types, this will create an even bigger gap in consumers and the ‘desired’ look because they would be physically unachievable.

The activity I tried was to look at a series of pictures of people and arrange them into three categories. One being undoctored pictures of people, another being photoshopped pictures of people and finally pictures of people that don’t exist and were completely created by AI. This task was incredibly interesting because at times the images created by the AI border on the line of uncanny valley. There is something off about the faces but it is so minor it is hard to place. Upon completing it, I was told I got around 80% of the images correct. I found it easier to discern the AI images by looking at how all the features blend together (I think all the time spent creating characters in games helped), mostly the jaw and eyebrows. Upon completing this, I was happy to think that AI created people should not replace real people and models, but in fact we should still be regulating and maintaining a safe and positive body image messaging in the modeling industry now. To create people based on what some kind of beauty commity is completely unrealistic and dangerous. That is one area that I think AI would negatively impact society.

At the end of the session, we were asked to join in group discussions surrounding different topics. The talk I took the most away from was one about the protection of our data and how Ai can be used for and against us. When discussing data and AI, naturally the topic of our safety and just how much companies are using our data to influence and essentially spy on us. On the surface I typically viewed this as just the cookies online to recommend different videos, images or music for us to enjoy based off of our habits online. There have been times where my friends and I have been scared because we believe our devices are listening to us because one day we would be talking about a certain action movie star, the next thing we know we are getting ads on Facebook to buy some of their products. In the grand scheme, this may seem a bit freaky but mostly harmless. However, once you are placed in a situation like I was at this workshop where you are surrounded by people who have a better understanding than yourself about AI and cookies uses online, you learn just how negatively they can affect us. For example, a big takeaway I got was that the AI learning algorithm could actually make you unaware of different sides of situations and debates. Take Brexit. Lets say that a user is pro Brexit, they look at many articles discussing why it is a good thing and how staying will ultimately be bad for the country. The AI algorithm will track your history and interests online and will begin to recommend other articles or news pieces that you would find interesting, ie, more pro Brexit things. If you are a firm believer for Brexit, it might not be an issue but for someone who wants to find out more for themselves about the situation because they are genuinely unsure about pros and cons of staying in the EU, they could be shown more pro Brexit material, which in turn would subconsciously influence them into a certain mindset. Of course this works both ways and it is something that should be regulated strongly because too many people are not getting both sides of the stories over many issues and nobody ends up progressing. This is especially a big problem after the CEO of Facebook Mark Zuckerburg has stated that Facebook will not be regulating their site and will not stop false news from being posted and advertised. Bigger companies should be audited on how they operate and use people's data in terms of recommendations and cookies.

Just to preference, I am not a techie kind of person. When somebody mentions the concept of artificial intelligence, my mind begins to think about machines and programs being created to assist us in our personal lives, but will eventually gain a consciousness and rise up and revolt against humans. However, this event was a real eye opener into just how much AI is already ingrained into our lives. Not just personally but also from a business sense. There were many people there with a myriad of ideas that I hadn’t even begun to think about. Concepts such as if AI are used to replace humans in enough jobs, that we need to reevaluate our concept of money or how wealth is distributed because less and less people would be working. From my experience after the workshop, I took away that AI is extremely impactful to society and as we are making technological leaps, we need to start regulating the use of AI and paying closer attention to who and why it is being implemented. Additionally, I took away that there are much smarter people out there than I, thinking about and addressing the problem. Which is definitely a good thing as it means we may have a fighting chance against stopping an AI uprising. 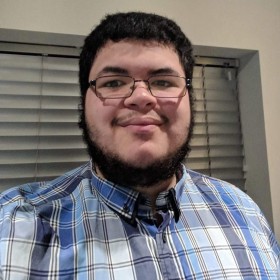 Is currently in his final year as a Games Journalist & PR student at University. Has an obvious interest in video games but is fascinated with how they are created. First love belongs to film, which encouraged his choice to complete a Level 3 Extended Diploma in Media Production. 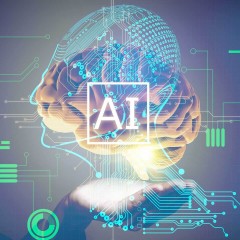 Exploring The Impact of Artificial Intelligence Mozilla Foundation Workshop Round Up

I attended a workshop in London to look at the impact that AI has and could have on our lives and in society. Featuring industry experts and the public coming together to share theories on how AI can and should be used.