Discussing the issues with the misrepresentation of teens in the media

From Gossip Girl to The Breakfast Club, Riverdale to Grease, for decades popular teen films have reached international acclaim and become multimillion-dollar success stories. But behind these cult films lies an issue which is blatantly obvious but rarely discussed – the phenomenon of adults playing teenagers years younger than themselves. It may seem like a harmless logistical decision, but the casting choices of the film and TV industry have several detrimental effects on their impressionable target audience of adolescents.

The actors playing teenagers in the industry are, on average, between 3 and 10 years older than their characters. An example of this would be 25-year-old Rachel McAdams playing Regina in Mean Girls, or more egregiously, 33-year-old Stockard Channing playing Rizo in Grease. Upon researching this, I was outraged that some of my favourite teen characters were in fact far older than myself. I believe that this leads to three main issues.

Firstly, this negatively impacts ideas about teenage body image, setting unattainably high beauty standards. Secondly, this allows characters to partake in inappropriate and over-sexualised behaviour, which becomes seen as acceptable when normalised. And thirdly, this decreases the quantity of acting opportunities for actual teenagers in the industry.

The first major issue I have with adults playing teenagers is the negative impact it has on body image and beauty standards. Teenagers are amongst the most impressionable faction of society, and a continuous stream of Hollywood-perfect, on-screen “teenagers” sends out a very strong, and equally negative, message. As teenagers are constantly portrayed as being fully-developed, acne-free and mature-looking, this is what teenagers expect themselves to emulate. The impossible beauty standards of women in the acting industry is problematic enough, but it is only compounded when you are miscasting actors for the wrong ages.

However, this is not the sole issue with the lack of representation of teenagers in the film industry. Using adult actors also changes what is deemed as acceptable behaviour for the characters themselves. This results in them engaging in sexual activities which would not have passed editing if real teenagers were playing the characters. Netflix’s ‘Riverdale’ is a perfect example of inaccurate teenage portrayals. Within just the first season, a fifteen year old boy has a sexual relationship with his music teacher and a sixteen year old girl does a strip-dance in front of family and friends. The issue is not with the existence of these plotlines, but the lack of care and respect that they are dealt with. In both cases, the encounter is presented as sexy as opposed to abusive. The programme is indeed marketed as a steamy drama, but focuses on teenagers not legally old enough to do the “steamy” deeds.

In contrast, ‘Law and Order Special Victims Unit’, a long-running show which strives to condemn abusive relationships, rape and sexual assault, regularly casts actors more closely aligned to the age of their characters. Perhaps this gives the illegal sexual exchanges the discomfort which is needed to properly condemn the scenes at hand.

However, it is important to understand the arguments in favour of adult actors playing teenagers. There are several mercenary and administrative reasons as to why having adult actors is beneficial.

In the UK especially we have strict safeguarding procedures which are often used to excuse the casting of adult actors to play teenage roles. The Child Labour Law is the most potent. According to the UK Government’s website, children can only work a maximum of twelve hours per week during term-time. They also require performance licenses and an approved guardian at all times. Adult actors can spend longer on set and can work over-time, making them the obvious and more efficient choice for a producer or casting director. This, of course, is added to the fact that their professionalism, years of experience, and emotional maturity often makes them more suitable for the role. WC Fields’ famous advice “Never work with animals or children” is still applied globally to reduce costs and to speed up filming.

In addition, teenagers’ constantly changing bodies make continuity difficult to achieve. Acne, stretch-marks and awkwardly developing bodies certainly don’t live up to Hollywood expectations. Rebecca Feasey, who teaches gender, media, and film studies at Bath Spa University has discussed this matter in detail. She declares that, “The lived reality of puberty does not play well on screen,”. She even argues; “This is not about aesthetics, but rather about continuity—continuity which would be challenged by developing bodies and deepening voices.” However, I believe that this discontinuity would actually be an excellent example of proper representation and could therefore be considered a positive feature of the film or television programme.

Having role models with maturity and poise is less important to me than having role models with realistic body images. The detrimental impacts of unrealistic body expectations must be an issue we remain aware of, especially with the recent rise in reports of mental health problems among young people. Moreover, if a sexual relationship wouldn’t work with actors of the correct age, then perhaps you shouldn’t be showing it at all. As for the need to portray inappropriate situations with children in films, I would again point you in the direction of Law and Order Special Victims Unit, who always make their messages impactful without ever having to explicitly show the assault or rape in question.

Perhaps if we allowed actual teenagers to be cast in these roles, the film industry would be shifted to show teenagers in a more realistic light. It might be harder for filming companies, but it’s worth it for the sake of representation. 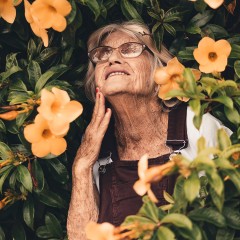 The problems with casting older actors to play teenagers

Discussing the issues with the misrepresentation of teens in the media