The musical promise of video games

Having finally graduated, and not having to drink my own body’s weight in coffee in order to get coursework in on time, I’ve had the chance to do something that I haven’t really been able to do for the last three years: play a video game. So I sat down at my desk and decided to treat myself to the newest of Sid Meier’s Civilisation games (and by “new” I mean published in early 2017… I’ve been busy ok?).

For people who haven’t played or heard of it - Civilisation is a 4X (Expand, Explore, Exploit, Exterminate) strategy game series by developer Firaxis Games. You choose one of a roster of real world civilisations and, starting from the Stone Age, try and progress your civilisation through the eras to modern day and near future. You win by meeting one of a few victory conditions, either through military might, a flourishing culture, being a world leader in scientific insight, or via spiritual enlightenment through spreading your civ’s religion, peacefully or… otherwise (because nobody expects the Spanish Inquisition).

After sinking hours into creating trade deals and conquering nations, I found that I was still thinking about Civ 6 days later. Not only because it’s a Sid Meier game and frankly anything that man publishes should come with a public health warning for how addictive it is (seriously, “just one more turn syndrome” is now considered a key tenet of 4X strategy game design), but because the soundtrack is one of the most impressive I’ve experienced in modern gaming.

So I rushed to open my laptop, fingers buzzing to write furiously about one of my favourite nerdy topics - video game music. I was going to talk at great length on the incredible way the music develops over the course of the game, the way it mirrors the expansion of your virtual civilisation, growing in complexity and depth as your empire grows in size and technological and cultural sophistication. Then, just on a whim, I thought to google “civ 6 music” and found that 8-bit Music Theory (a personal favourite YouTube creator) had already done a video essay explaining all this and more much better than I could hope to here.

Nonetheless, I still want to talk about this because I think the Civ VI soundtrack is a perfect example of how much promise gaming offers to composers to create music that doesn’t just sit as a sonic backdrop for flashy lights and explosions on screen, but instead becomes an integral part of the gaming experience.

But what makes this music so special?

Each civilisation has its own music, with most based on a real folk tune from that country. England has ‘Scarborough Fair’, Russia has ‘Kalinka’, America has ‘Hard Times Come Again No More’. The music that plays throughout your game will be a collection of the themes of all the civilisations you have encountered thus far. So as you explore and discover new civilisations, you will begin to hear their music as well; the soundtrack cycling through the civs’ themes as you play. Then when you are engaging in diplomacy (or war) with individual nations the music focusses on your civs’ theme and that of the civ you are engaging with.

The game progresses in eras, with each bringing new technologies, goals, benefits, and problems, and in every other era you will notice that there is also new music… sort of. In the Ancient Era each civ’s music will be played with just one or two instruments, often traditional folk instruments of that nation: Japan’s Lullaby of Itsuki for instance is played on a shakuhachi, and Hard Times Come Again No More is on lone banjo. All of these have a ludicrous amount of reverb added to make them feel like the lone voice in a vast empty space. However, as the new eras come by the themes evolve dramatically. In the Medieval Era, the solo instrument becomes part of a small ensemble. In the Industrial Era the music is scaled up to a full orchestral arrangement, and in the atomic era that is then incorporated into a larger orchestration including synths and other modern music elements.

The music develops as your civilisation - and its story - develops. As you meet and are influenced by other nations, their music, too, becomes a part of the soundworld of your playthrough. As your technology advances, you find that the accompanying music also starts to modernise, both in its instruments to its increasingly complex harmony.

The music of Civ VI is not this static backdrop for the “real” action occurring on screen; it is instead truly a part of the action onscreen. It is both the soundtrack of your gameplay and a representation of it, and a line of Russian tanks moving near your border becomes all the more terrifying when you’ve got an all-male choir backed by a full orchestra blasting Kalinka into your headphones, and it’s glorious.

So why do I still care about this, days after I finished the campaign?

I care because that playthrough wasn’t just a transient moment of entertainment to while away some sleepless hours. Instead it became a grand story in which the music is not incidental but an integral part. My mind’s eye can still bring forth a picture of a British fleet crossing an ocean to wage war on America scored by the majestic minor 9th chords of a full orchestral rendition of Scarborough Fair. Would I have remembered that moment in isolation from the music? Maybe, but the broad orchestral accompaniment really captures the sweeping ambition of empire that Victoria’s faction represents. The knowledge that only a scant few hours earlier that theme was being played by a lone string instrument makes this more poignant; the transition of the lone player playing to a lone city and an unexplored world, to a full symphonic orchestra playing to a flourishing civilisation directly mimics the progression of the game. Video game developers talk a lot about the idea of progression in a game, and this shows the power of progression when applied to music as well as the gameplay.

Of course, Civ VI isn’t the first game to change music based on gameplay. Battle themes and peace-time themes have been a staple of real time strategy games for almost as long as the genre has existed. Even previous games in the series had two themes for peace and war for each nation. Civ 6, however, presents a more sophisticated way for the music to engage with what is happening within the game world. The music isn’t just responding to the events of the world, it is instead integral to them.

In a game of Civ VI, the driving influence behind everything that occurs on-screen is you, the player. If you were to walk away from the computer mid-game the plot would not continue. With a TV series, refusing to watch the rest of the show doesn’t change the plot (as much a Game of Thrones fans might wish that were the case), it exists in isolation from you. With a video game, certain genres allow you to become the arbiter of the fate of the game’s story. In this way, strategy games like Civilisation share similarities with a sandbox like Minecraft, and ultimately the goal of the player is the same: to create a good story. Winning is theoretically the goal of Civ games for sure, but that is not the reason anyone picks up a game and plays it. They do it to have fun creating a story, in game and out.

When someone sits down to play a game of Civilisation, what they are doing is creating a story – for themselves, and to share with the friends they have brought with them/mercilessly conquered along the way. The music of Civilisation perfectly allows for that organic growth of a story. You make the story and the music responds to that, and itself becomes a part of your story. This is the potential of interactive storytelling and it is what I think the music industry needs to take from gaming and run with, both to create more awesome interactive developing soundtracks, and to incorporate it into other works. After all: what are we doing when creating art if not telling a story? It may be told through a different medium than on the computer screen - be that canvas, a stage, the pages of a book, or the orchestra pit - but art is about stories at its core: the stories of an artist, the stories of a work, and the stories we make when experiencing it.

Anyway, with that I’m off to go start a new campaign. Would you be interested in a trade agreement with England? 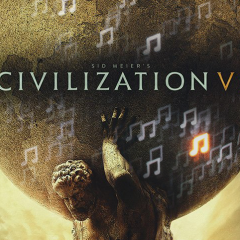 The musical promise of video games 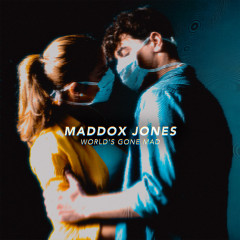