Our Voice Views monthly theme for August is asking for you to regale us with the best live performance you’ve ever seen, and I’ve been incredibly fortunate in my life to have had the opportunity to see many of my favourite performers live at one point or another.

I’m very lucky that my job allows me such access to great talent, however, there is one gig that sticks so firmly in my mind that I don’t think I could write about anything else, and this was before I even had any desire to get into writing.

I have been a fan of Coldplay for as long as I could remember. I absolutely love them. Classics like Clocks, The Scientist and Speed of Sound were great, but I loved their more obscure songs too, like We Never Change, Green Eyes, or the 46 second long Parachutes.  When my dad was given a DVD of Coldplay Live: 2003 I was ‘borrowed’ it and watched it on repeat. As soon as I was old enough to understand Limewire, I was on there, looking for Coldplay bootlegs and obscure live performances. Obviously now I don’t condone that behaviour, but I cannot stress how much I loved Coldplay.

It was 2008, and I was 14. Coldplay had just released Viva la Vida or Death and All His Friends and were on a global tour. Eager though I was to see them live, I hadn’t even contemplated it because I knew that it wouldn’t feasible; we wouldn’t be able to afford the tickets, and I didn’t think anyone would drive me to an arena even if we could. So, I was content to just listen to the album and hope that the DVD would eventually be released. 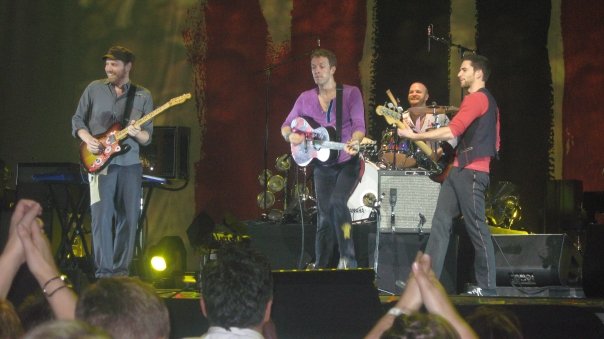 Imagine my amazement, my excitement, when somehow, my dad told me he had managed to secure tickets their first UK performance, and they were actually real! Even better, he was going to drive all the way up to Sheffield to come and see them with me!

As far as first gigs go, or any gig for that matter, it was incredible. I don’t know how much the tickets cost (even now I daren’t ask) but they were amazing. We were five rows from the front, and at the end of the row which was right next to the walkway. I could see the individual beads of sweat on Chris Martin’s face, and the massive spot he jokingly cursed for appearing on his first date back in the UK.

The sound was superb, the lighting was phenomenal, and the energy was palpable. Even the stage dressing was great, with massive planets coming down from the ceiling at one point with what I think were projections on them. Everything about the gig was perfect. The mix of old and new songs was perfect, and even though I felt that Viva la Vida was missing some of the melancholy of the previous albums that appealed to my very gothic personality of the time, I can’t deny that hearing the songs live totally changed my perspective.
Even when they finished their encore on Yellow, a song I to this day hate, I was ecstatic. In that moment, for the briefest of time, not only was the most dreary song in their catalogue great, it was perfect. I couldn’t help but sing along with everyone while the yellow floods blinded us, and the canons in the ceiling showered us with paper butterflies.

That was my first ever gig, and to this day nothing has stood up to it, not even Muse, who were breathtaking in their total stage domination. 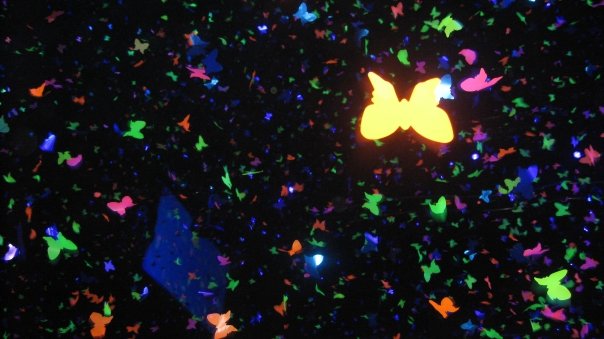 In a way, it’s a shame, because now I don’t think I would ever feel comfortable watching them again. So immortalized was that performance, that I don’t think they could ever live up to what I have captured in my mind.

It also doesn’t help that I hate their new content... 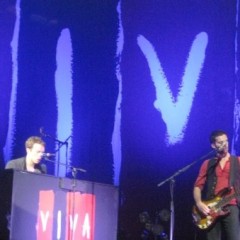