In a special press viewing at theSpace’s Grand Theatre, they showcased some of their best new and upcoming shows.

The Fringe can be, albeit an amazing experience, a bit hard to navigate; a ‘so many shows, so little time' kind of situation, but fear not. Although theSpace has 7 venues, 9 theatres and over 400 shows to choose from, I’m going to use my insider press knowledge and select five that I think are worth a lot more than just an hour of your attention.

Although theSpace is one of the later additions to Ed Fringe – established in 1995, when the Fringe itself has been going since 1947 – they have certainly built up a reputation for providing the very best of professional and breakthrough entertainment. Professionals and amateurs alike, theSpace showcases a fantastic selection of new, diverse writing that attracts some of the largest audiences at the Fringe.

Now, my top 5 picks from theSpace's pile of upcoming excellence;

John Rowe is Australia’s answer to Ellen DeGeneres; except for the fact he doesn’t talk over his guests or need to buy the audience houses for them to like him. John Rowe has charisma, a certain grace that belongs on the stage and a really charming smile. Playing late nights @ Symposium, Rowe is the perfect, witty round off to any day at the Fringe.

One man and his Cello is all it takes to get a room of people to sit there, mouths open in awe, marvelling at the technique, finesse and eloquence of cello music. Peter Hudler is indeed a virtuoso that transforms your usual, monotone cello solo into what can only be described as having come from above.

Jeremy Nicholas is the BBC’s 16th most famous Jeremy. Sick of being at the back of the line, Jeremy has something to say. No one standing behind a podium in a room full of people is safe, as Jeremy embarks on a mission to eradicate long-winded speeches for good.

An intense transformation of the last hours of Dr Martin Luther King Jr. For a part-time actor, Christopher Tajah has a natural, yet powerful stage presence, perfectly suited for the telling of such a compelling story.

There’s nothing like watching two young boys use each other as a climbing frame in a blissfully, synchronised way, to make you feel out of shape. This performance uses movement and acrobatics as an homage to the Spanish poet Federico Garcia Lorca. Lorca is beautifully choreographed and a delight to watch; look out for this one.

One more for luck:

This one is pretty self-explanatory but that doesn’t make it look any less spectacular. Cleopatra Higgins from the 90’s sensation Cleopatra (Comin’ Atcha) takes on the role of the one and only, sorely missed, Queen of Soul, Miss Aretha Franklin. Cleopatra looks the part, acts the part and most importantly, she sounds the part. Get ready to dance.

Of course, there were some other great looking shows from theSpace: ‘The Good Scout’ about Hitler Youth has been receiving tremendous praise; ‘Rust’ from the theatre company behind ‘Six’, is a musical about mental health and addiction; and not to forget the Alanis Morissette Tribute to one of her greatest albums, Jagged Little Pill.

For tickets and more information on shows, check out theSPACEUK website or stop by and pick up programme and have a drink at one of their many great bars. theSPACEUK is located near Surgeons Hall; and with over 400 shows, you’ll have no issue finding one that suits you. Enjoy. 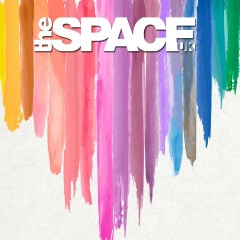 In a special press viewing at theSpace’s Grand Theatre, they showcased some of their best new and upcoming shows.