As the country reels at the news that the duplicitous clown has taken the keys to Number 10, I feel that there is still a chance that the UK walks back from the cliff-edge, and I believe that it all hinges on Johnson's worst personality traits.

As I've written about before, Boris is a shrewd political player, able to survive seemingly any controversy with a Teflon like quality. However, in recent months the finish on his stick-proof exterior has been worn away, and to reach his end goal of Prime Minister he has burned through a lot of his political goodwill. His party, and seemingly the public, can now see through his babbling facade, and if he wants to survive the impending political crisis he is going to have to change tact. It is that desire to survive that I think could save the UK.

Boris doesn't support leaving the EU. I honestly believe that. I think his decision to support leave was a political calculation he thought would win him support from the right wing of his party, and when Leave lost he would kick up a fuss but otherwise accept the result, and cash in the goodwill he earned to reach the top after David Cameron eventually stepped down. He never expected the country to actually vote to leave, and the look on his face during the press conference the next day says as much. That, and his previous vocal support of the EU, as well as his campaigning for Turkey to be accepted. His eventual decision to support Leave looked to be an about face, and politically motivated.

Since 2016, we've witnessed the collapse of the British brand, and have been forced to face the realisation that our significance on the global stage is greatly overstated. The EU has made clear that it will not risk tearing itself apart to accommodate our delusions of grandeur, and replicating the trade deals we're in the process of tearing up has not gone well. Stark warnings of food, medicine and even water shortages have been in the headlines, and even if you decry some of it as fake news, reality is - and always has been - that we are going to be worse off outside the EU than in.

Boris Johnson, despite appearances, is not stupid. Indeed, he is exceptionally intelligent, and above all else, completely self-serving. His desire to become Prime Minister has been widely known for a number of years, and he correctly assessed that appealing to the right-wing of the party would get him there.

But what is power if it's only fleeting? He may now be at the top but Boris will surely know that the sharks are nipping at his heels, and with a wafer thin majority and a backbench threatening revolt, he will need to appeal to the widest possible audience to survive. And here I think will come the flip.

Boris has used the right-wing, eurosceptic elements of his party to reach the top, but he will surely know that their demands are both untenable and ultimately damaging to the UK. He will also know that, although, vocal, they are a minority, and Parliament will block any attempt to force through something catastrophic to the nation, and could even bring his Government down. To stay in power, he will need to command the confidence of a majority, and that majority will want to see either an option to remain, or an organised departure with a deal in place.

Already I think we have started to see the low-key rumblings of a shift in position. A couple of days ago a report came out detailing the key priorities for the government in the event of a no-deal, and fresh food was listed only third, behind vital medicine and parts for nuclear power plants. He was reported to be ‘visibly shaken’, and I don’t think that would come out unless they were starting to lay the narrative that no-deal was untenable.

Maybe I have Boris' opinions wrong, and he does genuinely believe that leaving is the best call. I nonetheless believe his desire for power and self-preservation is stronger than his personal beliefs, and his flexible morality and political ambiguity is such that he will switch to whatever opinion lets him survive. We are already seeing MPs on both sides of the aisle state that they will do anything to prevent him from ignoring the will of the house, and the likelihood is that they would bring down the government if he tried to circumvent it.

None of this is to say that Britain’s problems have been resolved by Boris’ appointment. Indeed, with a man renowned for vanity projects, ignoring advice and going off script to ad lib in his Boris brand of irreverence, we could find ourselves in a political nightmare.

For once, I'm hoping that Boris will show us his very worst, and betray his closest allies in an unscrupulous power grab. 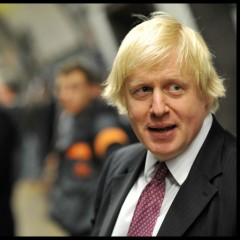 Boris Johnson: is there still hope?