After becoming infatuated with the theatre, anxiety has taken the backseat in dominating my life as I push out of my comfort zone, travel to new places and realized that being on your own isn't all that bad.

My first trips to the theatre were years before anxiety reared its ugly head and I spent many happy days attending the Stratford Upon Avon Christmas shows. Soon a puppet show of Fantastic Mister Fox bled into Othello and Macbeth as my passion for theatre grew with my age. But even my anxiety attempted to trickle into my love and soon I spent car journey’s there terrified that we would miss the show, despite being at least an hour early and what should have been an amusing breaking down of the 4th wall from the actors made my feel physically sick as the safe routine of separation was broken.

Soon University came around and one of the many reasons I chose the University of Reading was its proximity to London and more opportunities to pursue the theatre. The first opportunity came mere days after starting and in the strange rush of friend making of Freshers I was on the train to Waterloo with three lovely albeit complete strangers. Then disaster. A combination of slackness with time, dodgy buses and the Bakerloo line being closed we were running late. It was only the social shame of having a panic attack in front of potential friends stopped me from boiling over in anxious, hot tears and my chest was so tight I had to sit down in fear of fainting. Worst case scenarios pounded through my mind from not being let into this show to being banned from all shows to the end of time. Despite this every question asking if I was okay was met with a weak yet somehow convincing fake smile. Finally, we reached the theatre and after some impressive long-distance running, we made it ten minutes after the show had started. Running up the steps I was attempting to prepare for the worse.

But the nothing happened. The assistant bundled us in, and we stood from the first act before shuffling to our seats during the interval. But we weren’t shouted out, we weren’t shamed by the actors and we were not banned from national theatre. It was a rush, and a small knot of my anxiety began to finally unravel.

Fast forward almost a year as I was starting at an online basket, one ticket for the last show for An American in Paris. My first ever purposeful solo theatre trip (my father once almost threw up, so I had to watch Othello alone and a nervous wreck), and part of me was far too frightened to even consider venturing out on my own. But months of therapy had taught the only way to improve my condition was to start taking risks and after a year of recovering from a harmful relationship I made the decision to be selfish. Again, frightening thoughts tried to pierce their way through with ridiculous scenes of the theatre burning down or my phone going off and me being chased out of the theatre with pitchforks and burning torches.

But again, nothing happened, and I was treated to an amazing night of theatre, bar a few minor hitches with the train home; something which I easily handled, and I felt in control of my anxiety for the first time in years. This opened the flood gates, and since January 2018 I have seen over 60 shows, about 95% of them on my own, becoming the master of the tube and sometimes seeing two shows in the same day.Now I’m planning to go to New York to see HadesTown on Broadway, something that three years ago would have been laughable. Going to the theatre hasn’t cured my anxiety, and I still go and see someone regularly about it but discovering a passion has allowed me to place all my nervous energy into something useful and has taught me that I can do things on my own without the risk of the world exploding around me. 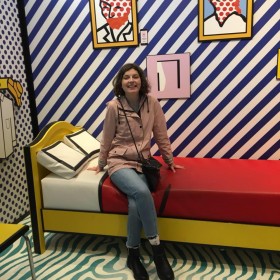 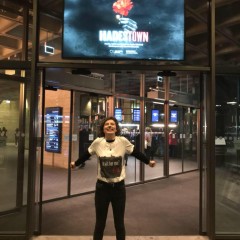 How the theatre helped my anxiety

After becoming infatuated with the theatre, anxiety has taken the backseat in dominating my life as I push out of my comfort zone, travel to new places and realized that being on your own isn't all that bad.