Voice MagBlogsForever is His Today…

Freddie Mercury: his life, death, and influence; how he became an icon for the LGBT community of today by making people of all demographics love him and his music.

Very rarely does a musician gain such mythological status within the canon of popular icons as Freddie Mercury. When I hopped onto the Slack chat and the requests for articles for pride month went up I had to double and triple check that in fact nobody had already claimed Freddie as their artist of choice to write about. Dibs was called and here we are.

Now I find myself with a completely different problem: where do I even begin? What could I possibly bring to a discussion about arguably the biggest rock icon ever? It might sound like I’m gushing - and I won’t lie about being a huge Queen fan so maybe I am a little - but his musical output and legacy has had seismic consequences for modern rock and indeed pop culture at large; Queen’s significance is hard to overstate in the musical history of Britain.

This isn’t going to be a history of Queen though, and the reason for that will actually become quite apparent in a moment. For now, this article is ostensibly looking to explore the role that Mercury’s sexuality had on him as an artist and I find myself coming to the conclusion that its influence was simultaneously very little and overwhelmingly important. That might sound like pretentious essay-speak for the “well yes, but actually no” meme, but actually in this context I think that is about the most concise way it can be put: his sexuality had remarkably little influence on his musical persona, and yet he has - I think inevitably - become one of the most recognisable and influential LGBT artists in the canon.

Now do not get me wrong, I am not denying that Mercury’s onstage persona oozed homoeroticism, and his fashion sense could certainly be seen as acknowledging a stereotype of what the contemporary gay man would wear. Performance is as much a part of the art as the songs themselves and to try and dismiss this all would be to oversimplify horrifically. Queen’s music however is less influenced by the topic of homosexuality than people often try to portray it, and Mercury’s personal life was largely - with the exception of the handful of interviews where he more openly, and frequently contradictorally, discussed his sexuality - kept that way: personal.

I already hear the cry go up about how there is obviously influence of his homo/bisexuality within Queen’s music itself, what about I Want to Break Free? It would appear at first glance difficult to see a song about “breaking free” in which the entire band perform the music video in drag as anything other than a metaphor for coming out, and the desire to unshackle oneself from the disapproval of society for your sexuality. MTV certainly took that view, and banned the video from their networks upon its release. However when you realise that the actual song was written by guitarist John Deacon, and not by Mercury, and that the drag performance was a spoof of the sitcom Coronation Street, much of the perceived LGBT undertones that would seemingly lace the piece do somewhat fall away. It is always worth remembering that it is all too easy to see things the way in which we expect a narrative to run based on what we with hindsight know that contemporaries did not. It is, admittedly, difficult however to not notice the sheer unbridled joy Freddie clearly got from performing the song that way and it is something that will never cease to make me smile whenever I see that music video.

So, if you will humour me for a minute and take it as given that Mercury’s sexuality was not as huge a part of his identity as an artist as it is often portrayed to be, then how did he become such an icon for LGBT people in music? Because who he was as a consequence of his sexuality was a very important part of who he was within his personal life, and it is that personal life, the relationships he had with his lovers, male and female, and the tragic way in which he died, which would come to define much the way we perceive him as an icon now and I think the distinction between private and public life for Mercury is a large part as to why he is as iconic as he is now, and why his death shook the very foundations of how people thought about their pop music icons. Freddie Mercury, afterall, was not “a gay musician” he was Freddie Mercury, he was We are the Champions, he was Bohemian Rhapsody, he was Radio Gaga, he was Who Wants to Live Forever?.

For the world at large to have someone who’s voice had become such an integral part of the musical landscape ripped from them by AIDS, which was vastly less known about and heavily stigmatised at the time, forced the general public to confront and idea that until that point had largely conveniently been ignored: their rock stars were gay. Not musicians over there somewhere on the periphery whose music I don’t listen to, why would I care about those hippies? No, their rock stars were gay, the rock stars that wrote music about a lot of things that wasn’t neccessarily about being gay, music they enjoyed and related to, about pop culture, about relationships, about love, about life, and that, I think, would prove pivotal.

Freddie Mercury was the first pop star to be claimed from the world by AIDS, and although he wouldn’t be the last, the initial shock of someone so iconic being taken by something which was still poorly understood had noticeable consequences. Part of Mercury’s legacy is The Mercury Phoenix Trust established in his name years after his death by his fellow band members, a trust which has to this day raised millions for AIDS charities in the fight against the disease, showing one of the ways in which Mercury’s identity remains forever bound up in the tragedy of his death and the fight against the disease that took him.

The tragic circumstances of Freddie Mercury’s death were not the sole thing that propelled Freddie Mercury to be the LGBT icon that we know him as today, and neither was a mythologised concept of him as this performing gay icon writing songs about his experiences of sexuality, because he largely didn’t do that (at least not to the extent that many portray it).

On the contrary, I think that while we might now see Mercury as this bisexual hero of his time (and in a way we’re not neccessarirly wrong to think that given what he has become to the LGBT community now, years after his death) his audience only felt the impact of his sexuality upon his untimely demise, with it otherwise only being a background element to his character, largely kept within his private life. That, I think, was what made him become so influential, when he had become treasured by such a vast audience, many of whom perhaps still uncomfortable with the idea of non-heterosexuality, and was then ripped away by a disease largely at the time associated with homosexuality, people responded not with the distance and stigma that the disease and those suffering from it were largely treated with at the time, but with empathy and sorrow.

Freddie Mercury, by writing music that all enjoyed and related to, managed to make the public see AIDS as a disease that affected them, because it affected people they cared about, not just people out of sight and mind. This is what I feel is lost in a lot of the tellings of Freddie’s life; it wasn’t the way he died in and of itself that made people feel the loss and stir up a will to fight the disease - he had no control over that after all: it was the way he lived, the songs he wrote, and the way his music made people feel that truly made people care when he died.

In a world still profoundly skeptical of homosexuality, Freddie Mercury showed that his sexuality neither defined him as an artist or a person, whilst not being afraid to let that sexuality show through in his performance. He made the idea of homosexuality more acceptable to a skeptical public because he wasn’t “a gay man” but an amazing artist who happened to be gay. He did not let his sexuality become his defining feature and he become someone who made great art that all could love, and thus became loved by all, and when he died, he became missed by all.

His life and death humanised the plight of those facing stigma for being who they were, and of those fighting a disease that was physically draining them whilst being simultaneously shunned by society for contracting it's ideas of 'normal'. This is why Mercury is the LGBT icon we know him today, and why the influence of his life and death shook the pop music scene in ways which we still feel to the present. 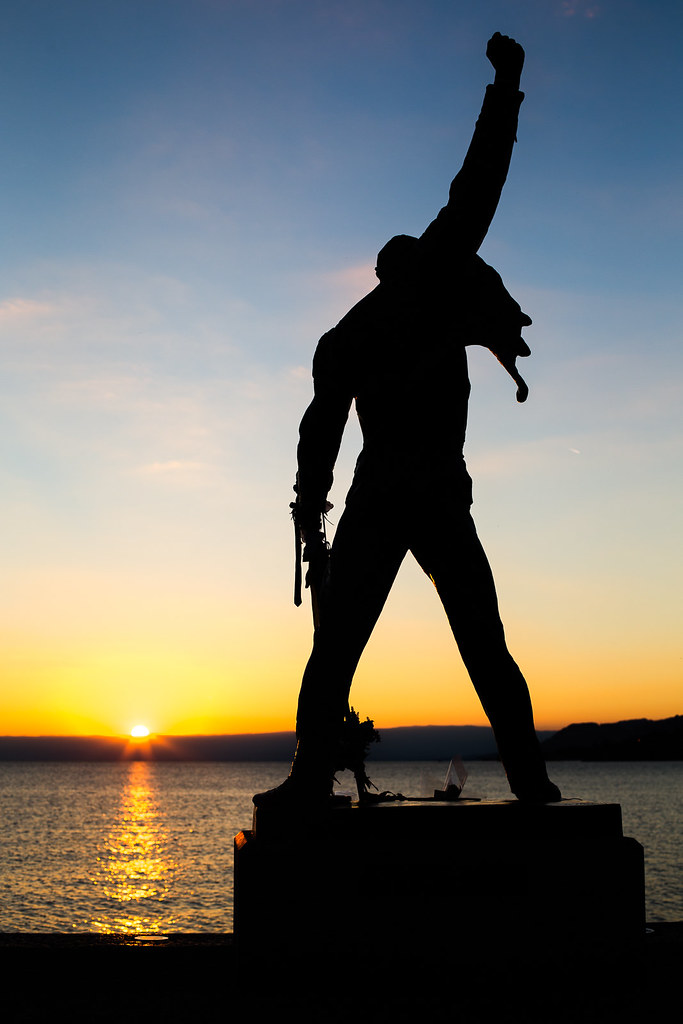 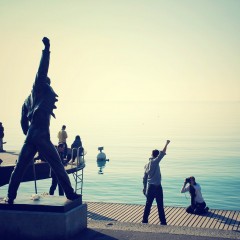 Forever is His Today: Freddie Mercury

Freddie Mercury: his life, death, and influence; how he became an icon for the LGBT community of today by making people of all demographics love him and his music.