Voice MagBlogsThere should be more…

On the lack of representation of British-Asians in British media

When I was younger, I always wished I had blue eyes like the girls I saw on TV. To this day, I have hardly ever seen anyone like me on TV; a female, British-Asian teenager. South Asian people have been migrating to Britain from the early 19th century and almost every British-Asian is born and raised in Britain. Figures show that there are roughly double the number of South Asians in the UK today compared to people of African descent. Yet South Asians are least represented in global and British media than any other major group. In the UK, less than half the amount of South Asian people are represented in the media compared to those of African and Caribbean descent. Children of immigrants, like me, can feel lost with no role models on the screen. We don’t see ourselves represented in the British media, and are completely different to characters seen in Bollywood for example.

Most of representation in Hollywood is stereotyped and decides that we're the nerds, we're the shy girls or the guys that never can be seen as sexy. Many jokes about Raj from ‘Big Bang Theory’ revolve around him being Indian and Apu in ‘The Simpsons’  is actually voiced by a white man, Hank Azaria. These characters continue to perpetuate systematic racial stereotypes and their exaggerated Indian accents are used a comedic device.

There has been an increase of South Asians in Hollywood, such as Kumail Nanjiani and Priyanka Chopra. The recent release of ‘Aladdin’ seemingly shows an increase of South Asians in the global media, but even the big Disney release was fraught with issues. There were whitewashing claims in July 2017 after a non-Arab actor, Naomi Scott, was cast in Princess Jasmine's role in the film. The filmmakers were criticised in September 2017 for introducing a white character called Prince Anders, who played no part in the original story. At the beginning of 2018, Disney admitted that make-up was applied to white actors in order to make them ‘blend in’ in several crowd scenes. Disney confirmed that in a “handful of instances” where white background performers were used “when it was a matter of specialty skills, safety and control.”

Hollywood still has a long way to go in many other ways too. For example, the actors seem to have a better chance at a job if their names sound white. Hollywood actress Chloe Bennet changed her last name from the Chinese surname Wang to her new surname Bennet. She stated that, “Hollywood is racist and wouldn’t cast me with a last name that made them uncomfortable,” After changing her name, Bennet started to receive roles. In a 2016 interview, she noted, "Oh, the first audition I went on after I changed my name, I got booked. So that's a pretty clear little snippet of how Hollywood works." Several other Hollywood actors have ‘whitened’ their names, such as Kal Penn who was born Kalpen Suresh Modi and Mindy Kaling who was born Vera Mindy Chokalingam.

And British media is still a step behind Hollywood. British-Asian actors like Dev Patel and Sanjay Bhasker are paving the way for more British-Asian actors but compared to the population of British-Asians, representation is dismal. Riz Ahmed is a famous English actor, rapper, and activist of Pakistani descent. He talked about the three stages of BME actors: first characters that follows the stereotype, next, characters that acknowledge the stereotype and try to subvert it and finally, characters to whom ethnicity is irrelevant. The characters of the final stage are three-dimensional and interesting beyond their race. As Meera Syal said, "We should be thinking about stories that just show us as people, not issues."

As we have seen in the case of ‘Black Panther’ and ‘Crazy Rich Asians’, representation and diversity on screen can mean so much to people. There is nothing like seeing your culture and identity up on screens - big or small. There is a glowing pride and a warmth when you see your stories told.

Britain is inhabited by a range of ethnicities, a mix of cultures with so many stories to tell. Yet much of British media is still a romantic, white-washed look into the past. Britain has been a home to non-white people for hundreds of years and including them into stories should not be a box to tick, but something that is normal. There are so many stories which deserve to be told and I think that creating stories that are inclusive will have a powerful impact on minority audiences. By changing what we see on the screen, we can improve the idea Britishness so that it fits a variety of British identities. 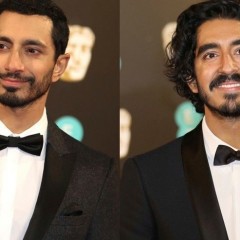 There should be more British-Asians in British media

On the lack of representation of British-Asians in British media