This weekend saw close to 200,000 people descend on Worthy Farm to attend one of the worlds most renowned music festivals; Glastonbury.

Since it’s inauguration in 1970, Glastonbury has been wowing gig-goers and attracted some of the biggest headliners in the game. I wasn’t able to attend this year (what a cruel world!) and so to assuage my un-relenting FOMO I thought I would give a history lesson on this notorious music festival.

In 1970 Glastonbury Festival had its first outing. It was called the ‘Pilton Pop, Blues & Folk festival’, tickets were £1, and it was attended by 1500 people. It was heavily inspired by the hippie era and incorporated many of their ideas and ideologies into the festival’s infrastructure.

The rest of the 70’s saw many different iterations of the festival, including the ‘Glastonbury Fair’ in 1971, which included performances from David Bowie, Fairport Convention, and Mighty Baby. When the 80’s came around the Glastonbury became an annual event and began its journey to become the music festival that we all know and love today. The infamous pyramid stage was conceived in 1981, interestingly this was also the first year that the festival made a profit (with a large portion of it being sent to charity).

The festival continued to grow throughout the remainder of the 80’s, with it outgrowing Worthy Farm in 1985. The neighbouring field was bought as Glastonbury continued to grow and crowd limits and safety requirements were constantly being revised and edited.

The 90’s saw the largest festival to date, and in due to a security breach (a broken fence) in 1995, it is estimated that the number of attendees was over double what was expected. Throughout the remainder of the nineties and noughties Glastonbury continued to be plagued with gate crashers, and in 2001 the district refused to issue another festival licence until these safety concerns had been assuaged.

Since then, Glastonbury has continued to grow in size and popularity. With it’s wide ranging and inclusive line up’s the festival continues to attract patrons from all walks all life. David Bowie, The Prodigy, Oasis, Joan Baez, The Cure and Kylie Minogue (amongst 1000’s of others!) have all performed at the legendary festival, and their ability to attract a-list guest will not be ending anytime soon.

So, whether you’re were there this weekend or enjoyed watching BBC’s coverage like a hawk… I hope you enjoyed this weekend watching some of the world’s hottest artists at one of the most historic sites. 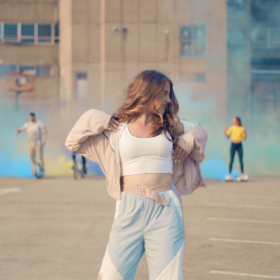 Hi! My name is Allegra, and I am a singer-songwriter and musician. I am going to be using my profile to talk about my life, my music, and what ever I feel passionate I suppose! 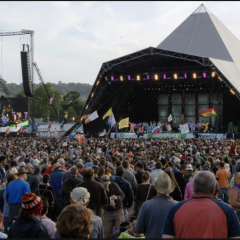 The History of Glastonbury

This weekend saw close to 200,000 people descend on Worthy Farm to attend one of the worlds most renowned music festivals; Glastonbury.