Three years since the Brexit vote and we have lost two prime ministers, the opposition, global authority, and the ability to conduct civil political discourse

Brexit has broken our political system.

The vote for control has stripped us of it, and the outcome continues to devour everything in its path as it rages on, unabated and unresolvable.

Two prime ministers have fallen in its wake – the one who started it, and the one who was sacrificed to it. Both underestimated the complexities of the issue, and failed to make a compelling case for their position.

We now have a Government clinging on with a wafer thin majority, propped up only by a party of dinosaurs that are actively opposed to reproductive freedom, and equal rights for LGBTQ+ people.

Extension after extension was granted, and each time wasted while those at the top continued to fight amongst themselves over which unworkable plan to have dismissed by the EU next. Three times a deal was presented to Parliament, and three times they voted it down. It was dead on arrival, killed by red lines drawn by our own Government without consultation or support, and by a total failure to understand how the EU works. Every time it was countenanced that this was the only deal we were going to get, as demonstrated by no meaningful change ever being made to the frankly toxic Withdrawal Agreement, and still our politicians voted it down, without ever throwing their weight behind a new plan.

And where is the opposition in all of this? The situation should be an easy win for Labour — nine years of cruel austerity and omnishambolic faux-leadership from the Tories — but time and again they manage to score a series of own goals. Voted (twice) as leader of the party, Jeremy Corbyn has abdicated his responsibility of providing clear direction and messaging for the party members and the public. He instead continues to fudge, obfuscate and ‘consult’ on what the official position should be, three years on from the initial vote, and long beyond the point it became obvious that Brexit wasn’t going to work. Over 80% of Labour members have said they want a second referendum and to remain, yet Corbyn’s own political convictions puts him at odds with that.

He was voted in on a platform of change, but the only change we’ll see if this continues is the growth of the Liberal Democrats and Greens as Labour haemorrhages Remainers, and a country that crashes out of the EU while the Tory Party implodes. The concept of a ‘jobs first’ Brexit is a fallacy, unless they mean that jobs are first to go, followed by workers rights and environmental protections. A promise to renegotiate is pointless if we’ll only ever be bartering on how much worse off to be.

The tragic thing is that this doesn’t look to be any closer to a resolution. Rather than looking to fix the ongoing crisis, the Tory Party have instead opted to continue focusing on what they care about most — the survival of the Tory Party — by wasting what precious time is left to hold a leadership election. They’ve managed to whittle down the list of inepts and egocentrics to just two, but what’s tragic is that at the end of the process we’ll still be left with either a Johnson or a Hunt in charge of the country.

I’ve spoken at length about my dislike of Boris Johnson, but this leadership campaign has really demonstrated the vapid and empty nature of his character. He has nothing to say and takes forever to say it, avoiding any accountability and bludgeoning through any line of questioning that requires nuance. One of the most disastrous Foreign Ministers in memory, he made a mockery of the office, and even had to apologise to Parliament for comments that led to the exacerbation of Nazanin Zaghari-Ratcliffe’s situation in Iran. Jeremy Hunt is no more innocent, managing to cause the first ever strike within the NHS, with emergency care withdrawn by junior doctors as a result of his punitive contracts.

All of this takes place at a time where the need for intergovernmental unity is at an all-time high. The United States is adopting an isolationist foreign policy, and have a President who is looking increasingly unstable every day, resulting in a leadership vacuum on the global stage.

Now, more than ever, the EU has an opportunity to step up and demonstrate that leadership, taking the drastic action on climate, privacy trade and aid. Britain should be spearheading that movement, and instead we continue to let our moral and political authority erode while we argue about the best way of securing a worse deal than we have now.

Public trust in our political institutions is crumbling fast, along with any chance of reconciliation. Both sides of the debate have now become so entrenched and tribal in their positions that any conversation immediately turns toxic. Every action is assigned a political motive, and we’re devolved ourselves into actually questioning whether it’s acceptable to ring the police about potential domestic abuse cases.

A second referendum might not solve the issue, and it certainly won’t heal the divide, but what is there to lose at this point? Any opportunity to move out of the quagmire must surely be welcomed by either side. Time is ticking, and with it goes our credibility and our power. 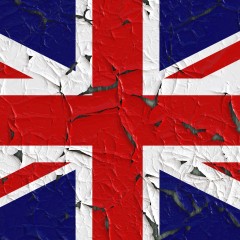 Three years since the Brexit vote and we have lost two prime ministers, the opposition, global authority, and the ability to conduct civil political discourse