Forging a career from a lifelong love of music, Jerad Finck's entered the music industry in 2012 with the release of his first single. Following this he took to the road to support an array of artists including Christina Perri, Red Wanting Blue and Sister Hazel. He has garnered much attention on the radio circuit, and has impressed gig-goers and industry tastemakers alike at festivals across the US (Live In The Vineyard, Hotel Carolina and SXSW)  This newest season of releases signifies a new era for this young artist in which he was also able to develop his writing and production skills.

Following up from previous single successes Criminal and New Kids, Finck’s latest feat Home is a slow moving synthpop song that showcases an overall atmosphere of emotional sincerity. A collection of mystic melodies and a dynamic percussion park open the track before we are introduced to the touching tones of Finck’s vocals, leaving moody echoes in their wake. Coming to the songs chorus, and the tranquillity morphs into a catchy array of synths, beats and gravelly vocals, providing upbeat sonic flickers to the songs otherwise downtempo vibe..

Since the debut of Home, Jerad Finck has joined OneRPM, signing an anticipated 2019 album deal, and has been teasing his audience with the suggestion of new music in the upcoming months. Listen to 'Home' below, and keep an eye on Jerad Finck to see what this captivating musician gets up to next. 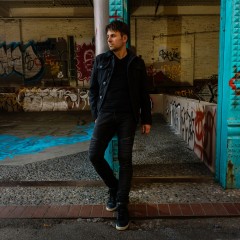