With just one month to go until the start of Manchester International Festival 2019 (MIF19), legendary artist Yoko Ono is calling on the public to take part in the opening event BELLS FOR PEACE.

From hand bells to bicycle bells, or even phone apps, people from across Greater Manchester and beyond are encouraged to bring a bell to Cathedral Gardens in the city centre at 6pm on Thursday 4 July.

Everyone is invited to join together for this one-off public art event, which will send a message of peace to the world and launch MIF19.It is free to attend and a limited number of specially engraved bells will be given out to the first few thousand people.

In the lead-up to BELLS FOR PEACE, members of the public have also been taking part in a series of free workshops to make their own unique handmade bells to bring to the event.

In her invitation, Yoko Ono says:

“People of Manchester (and beyond), come and join together to send a message of peace to the world. Bring a bell to Cathedral Gardens at 6pm on Thursday 4 July and join our call for peace.

The bell is a beautiful sound, a peaceful sound and that’s why it’s desperately needed now. More than ever we must come together to heal each other, and the world.

The beauty of this piece will break the sky and more. Ring for peace! PEACE is POWER. I love you all”

Yoko Ono has been among the world’s most renowned and respected artists for over half a century. From her early bed-in collaborations with John Lennon in 1969, to her ongoing WAR IS OVER! campaign, Ono has boldly communicated her commitment to social justice throughout her career, creating works that blur the boundaries between art, politics and society.

As the opening event for MIF19, BELLS FOR PEACE follows the success in 2017 of What is the City but the People?, in which hundreds of people from Manchester presented a self-portrait of themselves and the place they live.

MIF Artistic Director and Chief Executive John McGrath says: “We’re thrilled that Yoko Ono is creating BELLS FOR PEACE as the opening event for MIF19. We want people from all backgrounds, both locally and from further afield, to be a part of this extraordinary moment in time.”

BELLS FOR PEACE is free and takes place in Cathedral Gardens at 6pm on Thursday 4 July. For more information, please visit mif.co.uk. 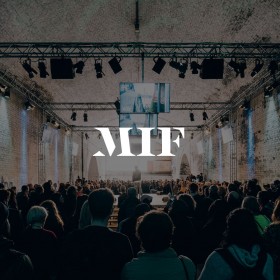 We bring together artists from different art forms and backgrounds to create dynamic, innovative and forward-thinking new work, which we stage in a rich tapestry of venues across Greater Manchester – from theatres, galleries and concert halls to railway depots, churches and car parks. We work closely with venues, festivals and other cultural organisations around the world, whose financial and creative input helps to make many of our projects possible and guarantees that they have a life after each Festival has ended. 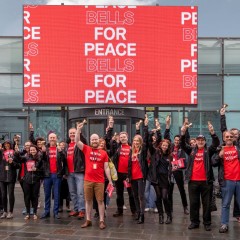 One month to go until Manchester International Festival 2019 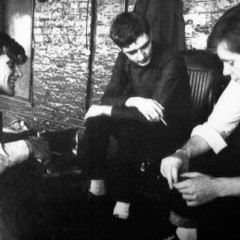 Voice Retrospect: How 'Control' depicted the extraordinarily short life of an icon