I first considered going to LJ Millington Silversmith after my dad suggested it to me. He is friends with the owner and thought it would be well suited for my Arts Award - he told me about his job designing and making silver wear then selling it to the public. I researched LJ Millington by looking at the website  https://www.ljmillington.co.uk/index.html and reading what it said about the business. It described the methods used to create silver work such as spinning, polishing, silver plating, engine turning and engraving in their workshop. They sell a wide range of silver wear like candlesticks, tablewear, drinkswear, christening gifts, personal gifts, photo frames, desk accessories and sporting gifts. I decided to do this for my Part D because it was completely different to anything I had ever done before and it looked quite fun too! After a few emails back and forth we set a date for me to go to see him along with my mum and brother on Monday 15th April.

The workshop is in Hockley, Birmingham (it moved from the Jewellery Quarter 25 years ago) - once we got there, it looked fairly small from the outside but inside it was much, much bigger. When Steve first opened the door, he seemed really kind and welcoming, he brought us into his entrance hall which was quite small and empty but then he took us straight upstairs to another fairly small room where he displayed all of the metal creations he had made. They ranged from trophies and medals to candle sticks and silver marmite jar lids! They were all displayed in long, glass cabinets. Here he told us a bit about his business, he told us that they were known as 'Manufacturing Silversmiths' which means they make things using precious metal which isn't just silver. It can include gold, copper, brass and of course silver. He told us that they do what is known as silver plating which is the process that electronically bonds the precious metal to the silver plates- I never knew this and found it very interesting. He said to us, that as a craftsman, he designs and creates whatever he thinks looks nice, then sells it to his customers which are retailers who if they like it, buy it and sell the silver wear in there shops. Retailers also make specific request to make certain designs such as baby toys, like rattles, which Steve told us were very popular. LJ Millington's also can brand products if the retailers want their logo on it. However, they never put their own logo on their product- Steve referred to their business as being 'under the radar' because of it.

He then took us next-door to his office where he had a long wooden desk with lots of different designs on paper scattered across it. Here is where he decided what he wanted his products to look like, how he was going to make them, what metal he was going to use, how big it was going to be and the price he would sell it at. On his computer he showed us what he referred to as an 'E-commerce website' which is a website owned by a retailer which he sells his products to, who then sell those products on their website at a profit. Steve told us that this is how his business sells most of its products. Lots of silversmiths now use E-commerce websites like this to sell their silver as it is simple and works very well.

Next, he took us into a small but full room containing lots of circular metal disks and unused silver ready to be spun into a shape. He showed us a thin silver disk weighing 1040g (despite it being quite small it was very heavy) that he said was worth £500. He and his workers used the metals very sparingly to save as much money as possible; they even collect the metal shavings that get scraped off as it is so precious. All of there products are hollow because if they where solid silver it would be far too expensive, so they fill the shapes with a metal resin instead.

After that, he showed us what he did with the silver disks- spin them into a shape! He attached the silver to a machine that started spinning it quickly so that the disk was spinning very fast. He then took flat, rectangular steel tool and a thin, round steel tool and pressed them against the silver to mould it into shape. Within a few minutes he made small silver dish, it looked very pretty and effective.

The next room he showed us was where the old machines all were, and a traditional silversmiths bench. This is where all the handcrafted silver wear is made. They don't use it as often as they used to now that more modern machines all around but sometimes customers specify that they want the silver hand-made even though it is more expensive. They had lots of files used for smoothing the metal, he demonstrated how they did this by putting a piece of brass into a clamp and he used the file to smoothen the edges. After that, he took us to another machine in the room. It was what the used to solder the metal. He used a blow torch to melt one piece of metal to another- this is used a lot by silversmiths as they often need to attach pieces of metal together. After the metal was attached he used steel tongues to drop it into cold water to cool it down.  Steve showed us how to solder metal by melting together the piece of brass he had filed earlier with us, to another piece of brass. He kindly let me have the soldered brass to show in my portfolio!

After that, he showed us where they decorate metal. He had a few old fashioned machines (over 100 years old) which the company does offer but it is hardly ever used because it is so expensive to buy silver decorated by it. One of the machines, creates lines to decorate the metal, the other engraves words onto it. The machines need to be worked by hand, it takes a long time to do and can easily go wrong as well as being very expensive. Instead, you can just use a modern machine which is also available, all you have to do is design what you want on the metal on a computer, then a machine does it all for you for much cheaper.

The final room he took us into was another fairly small room where he polished the metals using a polishing mop. A polishing mop is a circular disk with a felt like material around the edge attached to a spinning machine. All he did was rubbed a small amount of special bar of soap on the felt at the end of the mop then pushed the metal against it whilst it was turning very quickly and it made it looking shiny, smooth and brand new!

This was the end of our tour around LJ Millington Silversmith, I loved doing it and finding out all about what its like being a silversmith and learning about how they did there job. Before meeting Steve I barely knew what a silversmith even was an now I know all about it! Thank you to Steve for showing me around, and I hope you enjoyed my blog and found it just as interesting as I did! 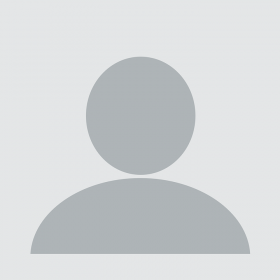 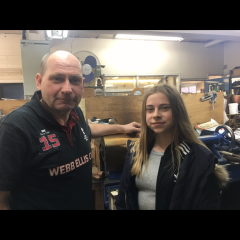 My Trip To LJ Millington Silversmith! 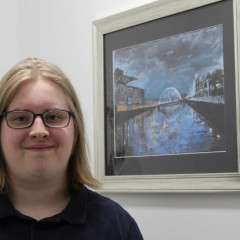