Released last year, ‘Myopia’ wowed critics and listeners alike with its astute, and earnest explorations into life in this modern world. Her new release ‘PseudoMyopia’ promises to show a different side to Sage, and highlights her dexterity as a musician and as a wordsmith.

PseudoMyopia traverses a wide range of subject matter and takes the listener on a cross-genre journey. ‘Alive’ and ‘Myopia’, tracks that focus on the importance of introspection and self-reflection, show Sage’s sensitive and thoughtful side, whilst ‘Snowed In’ (a highly political track that concerns itself with the paranoia that arose following Edward Snowden’s involvement with WikiLeaks), and ‘Maybe She’ll Have Cats’ (a tongue in cheek track that comments on the bias that older, single women receive in society) show her interest in the political and cultural climate.

The album’s title also has a personal meaning for Sage, who is legally blind without corrective lenses. It is because of this that she has decided to team up Vision Aid Overseas to help provide glasses to people living in low and middle-income countries.

A staggering 1.2 billion people worldwide cannot see clearly simply because they do not have a pair of glasses and 89% of those people affected live in low and middle-income countries. Vision Aid Overseas have been working across Africa for over 30 years, helping some of the world’s poorest and most isolated communities to access affordable and sustainable eye care services and glasses so that children can learn properly in school and adults can work and earn a living to provide for their families.

Overall, the album is a project that encourages those listening to examine the biases and prejudices that they see in their day to day life, the tracks aim to empower and embolden us to then feel capable enough to address and manage these inequalities that we see.

The acoustic nature of the release allows Sage’s musical talents to really shine. Her vocal tone and control are given the attention they deserve, whilst we also hear her piano and guitar talents.

“This is a warm-weather record. These are songs about getting out there, thawing things out, and unearthing the truth. Sometimes you can’t do that in the dead of winter. But when the sun is shining, even the murkiest future appears hopeful” explained Sage when asked about the origins of the album - a sentiment that we wholeheartedly agree with.

Make sure to listen to the album when it is released to stream and buy on the 28th of June. 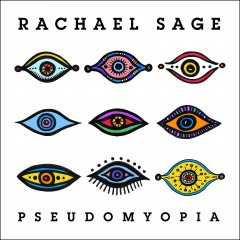