Cold. The sea lashing bitterly against the rough limestone that constitutes several sheer cliff faces attempting to block the way ahead. White horses gallop, their hooves eroding the rock and bringing it crashing into their inky darkness. Above, a small path with large oak trees towering as leafy giants incapsulating it. Little light from the crescent moon shines on the path yet a little ornate street lamp peaks out from between two trees, casing a narrow naked beam illuminating the way beyond. A rough strong wall barricades the village and its track from the freezing waves.

Behind the cliffs, a collection of little houses with crested roofs indicating the heavens in shades of brown wood. Adjoining them, old dirtied white cottage fronts with small lattice windows and short wooden doors, padlocked tight shut. Above every door, a cross, old and battered as if it'd been there for many moons. The cottages slept in little winding rows with thin muddy tracks connecting them as a network. No human was out this night or prior.

Far above, a hill. Remote and tall reaching high into the starless night sky. Wind and rain lashing down upon It. A large house with statues and gargoyles and imperious wrought iron gates marks time a top its peak. Dark and silent, the house stands over looking the village beneath. It itself has a single lantern burning within a pumpkin sitting beside the door casting a light which shone for miles around. This is the only light in this strange place as the crescent moon which had been casting a little luminance until the milk white veil of cloud had shrouded it out of view. The manor creates a shadow, waiting to pounce, upon the dark green grass which constitutes the grounds.

Nothing else grows here.

Preceding the manor, a tall oak tree, twisted and growing diagonally towards the rough sea as if attempting escape. The trunk is gnarled and close to death which the forest green leaves appear to thrive in the biting wind. Something has disrupted its growth. Perched a top the oak tree a raven. It's mouth opened yet no sound emanates. A message too dire to be spoken. Winds folded it waits; What for remains unclear. It's black eyes fixed on the village.

A piercing scream shatters the midnight silence in the village.

The raven flaps its black wings and sores towards the tempest's fury. 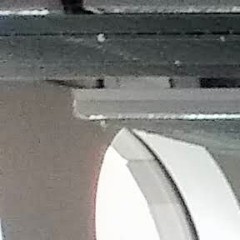 Once Upon a Time: the Power of Web Literacy Storytime