Riding high after the success of his breakout single 'Sound of My Youth', Boy George's protege Jamie Hannah now returns with it's acoustic re-imagining and accompanying music video.

Having spent 2018 honing and perfecting his song writing, talented singer songwriter Jamie Hannah has made it clear that 2019 will be spent showing the world exactly the kind of musician that he is. Having already premiered his hauntingly nostalgic anthem ‘Sound of My Youth’ on Noctis, and releasing its gentle acoustic version of TWELV magazine, Hannah has now announced that he will be supporting British soul legend Heather Small on her upcoming UK tour.

The tour, which will see Hannah perform in nine venues across the country, will showcase his magnetic musicality and captivating stage presence whilst giving him the opportunity to expand his ever-increasing fan base.

Having already garnered attention from the likes of Boy George and Benny D, it’s safe to say that Hannah is no stranger to recognition. Benny D, who has worked with some of the industry’s biggest stars (including Stormzy, The Killers, and Lily Allen), was introduced to Jamie Hannah and quickly noticed Hannah’s potential. He invited Hannah into the studio and soon became his mentor and collaborator.

Benny D then introduced Hannah to the critically acclaimed Boy George who declared that he had ‘never heard a voice like his’, the pair have since collaborated to create ‘House of Truth’, a single that is set to be released on Boy George’s label later this year, and has been coined a ‘big summer smash’ by Boy George himself.

Check out the magnetic new music video below 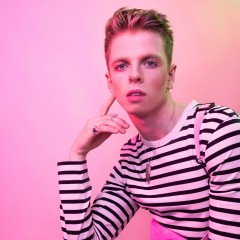 Riding high after the success of his breakout single 'Sound of My Youth', Boy George's protege Jamie Hannah now returns with it's acoustic re-imagining and accompanying music video.