I watched The Scarlett Pimpernel by Louise Page, adapted from the books by Emma Orczy on Thursday 16th August 2018 at The Theatre Royal Nottingham.

The Scarlett Pimpernel presented the life of Aristocrats at the time of the French Revolution being saved by a mysterious hero from the guillotine. The main character Marguerite attempts to save her Brother's life (who is supposedly in alliance with the Pimpernel) by supplying a ruthless spy (Chauvelin) with information on the Pimpernel's whereabouts. The Pimpernel then turns out to be Marguerite's husband (Sir Percy) therefore it's then up to Marguerite to save them all. Overall, the plot includes many gripping unexpected turns for the audience.

The main roles in the play completely contrasted, this made their interactions with each other even more interesting.Marguerite was loud, bold and dynamic conflicting with Sir Percy, a pompous character who always appeared quite exasperated towards his wife. In my opinion, Sir Percy's flamboyant gestures and aristocratic nature, along with his countless puns made him the wittiest and most entertaining character. This considerably differed with Citizen Chauvelin who spoke less yet with great meaning and authority, always with intimidating close proximity with others. My favourite character was Suzanne de Basserive (Marguerite's friend) who was played with a naive and quite spirited nature. With dynamic and enthusiastic vocals and exuberant gestures, I found her character endearing and likable.

In terms of set, it was impressively minimalistic yet versatile to function in numerous different forms. The main 2 items were large cuboids on wheels which could open and contain other props, these were used as storage chests, seats, a pier, high tables, a table and a loft. The set I most admired was the pier. Both cuboids were placed end to end horizontally (centre stage right), a wooden frame of small steps was placed next to them so actors could walk up onto the ‘Pier’. I think that having a multifunctional set in the piece was really effective as it added to the uncertainty and mystery.

Sound was mainly used in terms of various Orchestral pieces which set the scene of the1640s period. I also thought the soundscapes such as the pleasant ‘birds chirping’ noises in the beach/pier scene and the babble of people talking in the ‘ball’ scene were effective creating a convincing atmosphere and captivating the audience into the important drama of the scene. Overall I think more spot sounds could have been used, particularly to startle the audience or at least come unexpectedly to create tension, this would have made the piece a little more powerful as it would have added to the mysterious atmosphere.

Similarly, some lighting was used was quite effectively such as the gobos depicting windows in Sir Percy’s house. These not only added to the set (creating a large bedroom) but to the audience view Percy’s character, the size and style distinctly reminded the audience of Sir Percy’s wealth and how he fitted ideally into the aristocracy. To add to this, I found it very effective how dim red lighting was used in the climactic scene, this created anxiety as it clearly foreshadowed danger to come later in that scene. 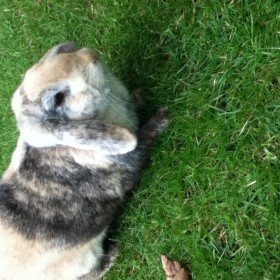 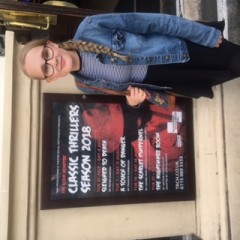 I watched The Scarlett Pimpernel by Louise Page, adapted from the books by Emma Orczy on Thursday 16th August 2018 at The Theatre Royal Nottingham.