Homelessness is one of many societal issues that deserves more of a spotlight than it gets, if we as a society have any hope of eradicating the situation in the long-term. Homelessness is a nationwide issue: over 170,000 people in London, according to new analysis by Shelter, are homeless. Figures that show no signs of decreasing because of the lack of affordable housing in the nation’s capital.

A crisis like this breeds a number of initiatives that aim to temporarily placate the situation. One of those initiatives is local authorities (borough councils) housing people, who have found themselves unintentionally homeless, in properties councils have leased: bnb’s, hotels, flats and occasionally houses, for a short duration until somewhere more suitable is found for them. Unintentional homelessness is the cause behind many families finding themselves without a home, to which the causes range from private landlords taking back their property to financial issues to domestic abuse.

Temporary housing takes place in stages and depends on each individual’s situation. For example, if you have been made homeless and do not have the means to provide yourself with alternative housing, there are steps you will undergo before you’re permanently housed.

The process starts out by housing you in immediate accommodation, normally in the form of a hotel, like Travelodge, for a two-week period. From there, you will be moved to a hostel until you are set up in various short-term, self-catered accommodations, usually flats, that can be outside of your usual borough, until the council have found more permanent accommodation for you. This whole process can take place over the duration of one to three years in cases. Cases involving small children tend to be remedied faster, resulting in being awarded council accommodation or having successfully found a private landlord, who accepts Housing Benefit paid rent (DSS), which in itself can be a challenge many people in this situation find themselves in.

Although temporary accommodation prevents many families from staying in shelters or sleeping rough, the conditions of temporary accommodation are not ideal. In many cases, the amount of space given is not proportionate to the number of people needing to be accommodated. As temporary housing, like regular housing, is in short supply, a family of four can expect themselves to be sharing one-bedroom accommodation, regardless of age or gender, as local authorities do not have the capacity to make provisions to such technicalities. The challenging amount of space must also house the belongings of those who cannot afford alternate storage facilities; financial strain is one of the accumulating issues that comes with such residency.

When you are placed into temporary accommodation, you have a strong reliance on the local authorities and their resources. Sometimes, properties can become available at a moment’s notice and councils must move quickly to occupy them. This means that within hours’ notice, you could be uprooted from one accommodation to the next, regardless of whether it is outside of your local borough or not.

Like rough sleeping, temporary accommodation is an uncertain living situation to be in. But with the shortage of landlords and estate agencies that accept DSS, is a situation many have no choice but to endure. Landlords often disregard claimants of housing benefit as tenants because, like homelessness, being on benefits has very negative connotations. Like most things in life, it’s a few bad apples that ruin the bunch, and in this case, people who have no way of helping themselves are suffering from the hands of a stigma and a system that seems to work against them.

Temporary accommodation, although an understandable effort, is having in some ways a negative impact; the effort is leaving families in a limbo that they have little control over. Going to sleep not knowing if the next day the phone will ring to tell you that it’s now time to move on, is no way to live and a system that would implicate such measures is a flawed foundation that should be rethought before it is rebuilt on. The fight to stop homelessness, on every level, needs a collective effort that is given as much attention and support as necessary if we want to end the homelessness crisis.

If you need advice on how to find a landlord that accepts DSS or general guidance and support about homelessness, visit https://england.shelter.org.uk/ 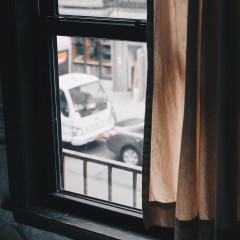 Being homeless in temporary accommodation