Quick takes from some Voice Contributors over the Brexit shambles

After May’s emergency visit to Strausberg on Monday, it looked momentarily as though there may, finally, be an end in sight for the Brexit saga. But then, as she sat there and essentially unveiled exactly the same deal as before - just with points in bold - we all knew it was game over.

As expected, the deal was voted down by a 149 majority, and with it went any semblance of control the Government had. They then lost a further two votes in quick succession and we’re now at the point where we’re completely at the mercy of the EU to grant us an extension to Article 50. If they decide not to do that, then it will leave the UK with only three choices - accept May’s deal, leave without a deal, or revoke Article 50 altogether. Two of those options have been voted down by Parliament, and one seems like a non-starter, so where do we go?

Here are some quick takes by members of the Voice team.

Something’s got to give. With the country stuck between a rock and a cliff edge, a Tory leadership hogtied by hard-line Brexiters and the DUP, and an Opposition led by a man riding a mealy-mouthed unicorn fantasy dream, we are told we must be content with May’s Way or the Highway – and face death by economic suicide thereof. As it stands, May’s deal is dead in the water, and everybody else – apart from self-styled Victorian villain Jacob Rees-Mogg and Co – is dead certain that the latter is a Very Bad Idea. Let’s have a second referendum. If the government has confidence in its deal, let them put it to the people. If there is no public confidence in the deal, the alternative should be to remain in the European Union.

One thing we can all agree on is that the Brexit negotiations are a mess. I’ve never felt sorry for Theresa May. She chose to be in that situation, steering a sinking ship that she never agreed with in the first place. To leave with no deal would be disastrous and I think that those who push for a no deal are just as fed up with the process as the rest of us. At the very least the UK needs an extension on Article 50, but at best we should have a second referendum. The stats prove that enough new voters have entered the scene to outweigh those who have passed on since June 2016. This is the shift we need - our parliament should keep young people in mind when making decisions. Ultimately we are the ones who will be solidifying our role outside of the European Union.

Brexit was a bad idea from the start - it was way too complex an issue to put to the public in a simple Remain or Leave choice. We’re now seeing the effects of that, as everyone squabbles over what Brexit means, without ever acknowledging that its true definition is a decimation of communities, the economy and our political standing in the world. Regardless of whether we do eventually leave, Brexit is symptomatic of deeper issues in our society that will take decades, if not generations to heal, and that healing process will only start when we’ve ended austerity and started investing in those who felt so dejected and ignored to seek change at no cost in the first place. Dogmatic Tory policy caused the environment for Brexit to seem appealing, a desperate Tory PM triggered the referendum, and a shambolic Tory government has overseen Brexit. Haven’t they done enough damage to the country now? Forget a second referendum, just use that Parliamentary sovereignty that’s apparently so cherished to rescind Article 50 outright and save this country from further harm.

I’m bisexual and working in the music industry, I rely heavily on having the right to free movement of across the EU since it makes it much cheaper and easier to tour Europe with artists that I represent. I also know that if I ever feel discriminated against because of my sexuality and the laws and courts of my own country fail me, I can present a case to the European Court of Justice and have my human rights according to the European Declaration of Human Rights protected.

If we leave the EU with no deal, which is always a possibility, then there is no guarantee that my rights as a member of the LGBTQ+ community will be upheld by the government. Especially after Theresa May’s horrific track record when it comes to votes that affect the LGBTQ+ community and that does make me scared. Proper guarantees need to be in place to ensure minorities are still going to have the same protection that they do now once we leave the EU in only a couple of weeks time. 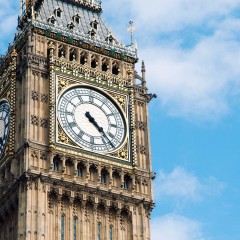 Quick takes from some Voice Contributors over the Brexit shambles