I hope to emphasize the irrationality of the gradual squeezing of arts funding in schools. I aim to demonstrate not only how this will be  economically detrimental but how the Arts massively aid mental health issues and are a crucial keystone culturally.

As a general principle bias in the funding of subjects creates the suggestion that some are more valuable than others. This, inevitably, will discourage people from entering the field, first, because there is simply not enough funding to achieve a good grade and, second, there is now has been a stigma created. This is the issue that is at the forefront of the British education system today as Art funding has been cut both within schools and within cultural activities outside of school. National museums will take a cut of 15% and will remain free to enter. The Arts Council is also being asked to make a 50% cut in its administrative costs. The same issue is being experienced in local councils as Analysis of government data by ACE revealed that, between 2009 and 2014, regular local government spending on the arts fell by £56.6 million to £454 million – a reduction of 11%. I myself have witnessed in my own Art department how budgets have been curtailed to the extent that students now need to purchase their own acrylic paint and pay for private music lessons. Indeed, in our school this is evidenced by the fact solely two students practice music A-level in year 13 with the course being cancelled for year 12s. This means that those who simply do not have the means to purchase equipment find that their progress in Art is very much restricted as one is forced to stick with traditional medians like pencil or pen. One therefore enforces a class hierarchy in the practice of the arts denying opportunities to those less economically able. This structuring of those who practice the arts would not only vastly decrease the overall production but is very much backward as only those of an upper class (similar to Renaissance courtiers in England), would be able to practice such subjects.
Having reviewed the opinions of those who practice art in my year group, they found similar issues as me. One friend explored how she was forced to print all her photographs in ‘black and white’ due to a lack of economic means to go to Boots and print off images (as the school simply could not finance coloured ink cartridges). The same was true of another student who found that they had to purchase roles of paper totalling ‘£17.99’ as the art department had run out of this resource, forced to borrow this some from their parents. This lack of funding simply is unsustainable for the Arts community and students (often whom are driven to work or borrow money from their parents to sustain a high level, refined art practice).
This will create a crisis for culture in our country. This will be both economical and historical. Currently the arts industry is worth almost £92 bn in the UK annually according to figures published by the Department of Culture. Imagine therefore a world in which this was deprived or declining in the UK (with an economy already shaken by the prospect of a no deal Brexit). The economic devastation would be historical. Therefore, why is the government depriving and discouraging students from one of the largest sectors in the UK to pursue what are perceived as more mentally challenging subjects? It simply is irrational.
In promoting the Arts studies, the benefits are not only economical but also have been proven to aidmental health issues. This is evidenced solely through the growth of a new form of therapy for the treating know as ‘Art therapy’. As argued by Dr Linnel (a pioneer in this field), children ‘are often more comfortable with expression, particular through visual art’. Indeed, the realm of art is so fast that this form of therapy is not solely restricted to drawing. As Dr Linnel elaborates ‘you’re trained to be flexible’, as the whole realm of contemporary arts is available from sculpture to digital art to dance or even sewing. The extent of the realm of Art therefore means that patients are able to find an ‘approach to art that fits them’.
Art not simply for dummies or as Gove describes as a ‘soft subject’. Indeed, the arts are perhaps the most important driving force behind cultures, reflecting cultural, social and political issues. If one reflects on the past one of the greatest sources of information is not only scientific and empirical fact but the arts sector as a whole. Through marble frescos from the Roman period or textiles from the Ottomans one is able to historically understand a vast wealth of information (from the tastes of the period to what they considered important or valuable). Indeed, more importantly in viewing these forms of Art one is able to inspire and entice a generation just as much as a man landing on the moon. Surely therefore the production and development of this field is not only a duty to our own development but our duty to excite and leave our mark for future generations? 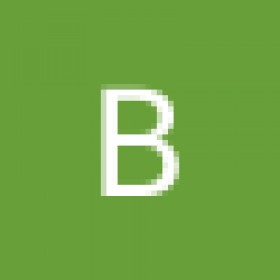 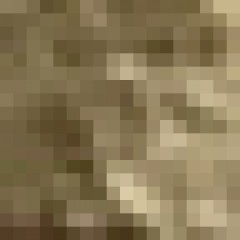 The Arts Funding crisis in the UK

I hope to emphasize the irrationality of the gradual squeezing of arts funding in schools. I aim to demonstrate not only how this will be  economically detrimental but how the Arts massively aid mental health issues and are a crucial keystone culturally.