How Brexit will affect Arts and Culture in the UK

“you will find nobody in the arts world who doesn’t think there is an enormous black cloud on the horizon in the shape of Brexit. We are so dependent on ideas, talent, people moving freely. Freedom of movement was nothing but good for us.” – Nicholas Hytner

Post WW2 Britain saw an increase in arts funding as part of the comprehensive welfare state under Clement Atlee. Since however, the emergence of neo-liberalism and a Thatcherite government, arts funding has always been a thorny issue. I investigated the British Culture under Thatcherism as part of my final year dissertation, exploring how her government had a detrimental impact on arts funding and how culture was used as a way to voice Left-Wing dissent. So many of our cultural institutions in Britain are reliant on government funding so cuts are often met with great hostility. Today however, we are faced with a new issue. Brexit. It poses some of the biggest threats and most difficult challenges our cultural institutions have ever faced.

We are obviously in turbulent times. Brexit has caused utter chaos in parliament. The decisions that MP’s will make in the coming weeks are critical as a no deal is becoming more and more likely. Britain risks being plunged into economic crisis if we severe ties with our closest ally. It may then, seem possibly flippant to hark on about Brexit and how it may impact arts and culture when the threat of food shortages and strict travel restrictions is beginning to feel like a possibility. However, with the possibility of a peoples vote still on the cards, it is important to remind ourselves what a no deal Brexit would really look like, culturally.

Leaving the European Union is, and has proven to be one of the most complex, if not impossible ventures that the United Kingdom can face. It was packaged into simplistic promises which resonated with many. ‘£350 million for the NHS’. ‘Take back control’. Even Theresa May perpetuates this simplistic vision, drumming in that her deal ‘takes back control of our borders, our money and our laws’. Of course, however, her deal is ridden with uncertainty and in reality, Brexit is so much more than that. It impacts every aspect of our lives, including our arts and culture. We can sometimes forget that our sources of entertainment are deeply connected to our political structures. Brexit would also impact art and culture in Britain, as well as how much of voice our creatives have across the continent.

In the event of a no deal Brexit, our ability to travel could be dramatically affected. The ability to travel freely across Europe, at any time and under any circumstances, is crucial for artists. Collaborating with Jessica Duchen in a recent blog post, opera singer Sarah Connelly brings to light some issues that many wouldn’t have considered when voting in the 2016 referendum. She recalls a situation where she had to stand in for an ailing singer in Leipzig. As a member of the EU, she could begin her travel across Europe within a matter of hours. Orchestras also rely on European tours to raise their profile and increase income. Visa restrictions could be hugely detrimental to their sustainability. The implementation of Visa restrictions on UK citizens would be catastrophic for our artists. it would, as Connelly writes be “hugely discriminatory” and it “puts up a physical, financial and psychological barrier which would skew the great European collaboration in the arts where our contribution is hugely significant.”

ICM unlimited did some research into the potential impact of Brexit on the arts and culture in the UK. It further revealed that freedom of movement is critical. Through mixed method research with key stakeholders from the arts and culture sector, ICM gathered some statics which reveals some pressing issues for the arts. 64% of stakeholders reported that their organisations work inside the EU with ‘touring exhibitions’ or through sending their artists to work there. 40% stated that they needed to regularly move equipment and objects between the UK and the EU.

It is also no secret that a job in the arts is not always the most lucrative of careers, particularly in the early days. It is in these interim years, however, that artists need to explore all possible options and expand their experience through travel. Young opera singers seek to learn and work in the countries that speak the language that they sing in. Artists will desire to learn and take inspiration from the architecture and history within different countries across the EU. To force these artists to attain a Tier 2 visa would be severely detrimental to their development. This type of visa requires you to be earning £30,000 or more – an impossibility for the majority of our emerging artists and freelances.

There has also always been a disparity in arts funding between the Regions and London in the United Kingdom. Under William Rees Mogg’s Arts Council in the 1980’s, London and its Houses of Excellence remained prosperous while the Regional struggled to pay for heating during performances. Ever since, London remains to be the UK’s cultural centre. This is problematic as, opportunities for young artists starting out in their careers have small salaries, or, are even unpaid. They have to live with their parents, in London, to take advantage of them. To boost opportunities throughout the entire UK, the Arts require funding.

The British Council has shown that between 2014 and 2016, creative organisations in the UK received a total of £57 million from the European Union. However, a survey by the North East Culture Partnership found that since the referendum, there has been a 14% decrease in the number of European countries working with North East culture organisations. These reductions will inevitably, only increase without own governments cuts after Brexit. It is ironic, in the Region’s (and where we saw a majority of citizens voting to leave) where the arts will suffer the most as a result of Brexit.

One of the problems with Brexit is that we all voted for personal reasons. It is unsurprising that 96% of those involved in arts and culture, who rely on Europe for funding and work voted to remain the referendum. Restrictions to travel would directly and personally impact artists, and this is, understandably, not something the British public as a whole would consider when Brexit comes with a whole myriad of problems and issues. We, however, would all notice out cultural landscape begin to change. Culture, music, art and theatre, is the lifeblood of our societies and communities. It is an essential component of Britain’s identity. None of us wants to see the detrimental impact that Brexit could have on this. 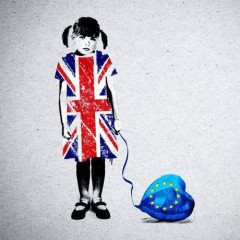 How Brexit will affect Arts and Culture in the UK