As we conclude this five-part series #forcreativeeducation, we’ll be looking at the 2017 General Election manifestos of the major UK political parties.

The Conservatives stance on Creative Education is clear. In 2017, they aimed to promote Britain as the “Great Meritocracy” by improving technical education in fields such as science, engineering and mathematics, as well as addressing deficiencies in key STEM industries. Technical education was high on their agenda in 2017, along with continuing the standardisation of schooling nationwide.

The Conservatives cite the education reform performed under Cameron’s office 2010-2015 by Education Secretary Michael Gove as benefiting the next generation by providing an opportunity for “world class education” and “rigorous curriculum”. I answered how the next generation of students could expect to be impacted by these cuts last month. Despite the maelstrom of opposition from teachers, parents and students nationwide, the standardisation of education looks to continue under a Conservative government. The party expects “every eleven-year-old to know their times tables off by heart” and “90% of pupils studying this [eBacc] combination of academic GCSEs by 2025”.

Continuing education reform could lead to the impersonalisation en-masse of education in this country.

Yet, Theresa May aims to ensure education under her government “caters to the individual needs and abilities of every pupil.” The probability of this claim is questionable. Firstly, the likelihood of all eleven-year-old students knowing their times tables is dubious when considering learning difficulties such as dyslexia, dyscalculia and autism. Secondly, whilst the 2017 manifesto recognises the need for increased teacher training, the 2018 budget was widely considered controversial (or insulting, depending on who you ask) due to a £400 million grant to allow schools to buy “little extras.”

Labour Party - For the Many, not the Few

In previous articles, I’ve labelled the education reform under Gove as radical. However, in the 2017 Labour manifesto, the party proposed a broad nationalisation of the education system to create a National Education Service. Similar, if you will, to the National Health Service.

Alongside this investment, the party promised a £160 million grant for an “arts pupil premium” to prioritise music, drama and dance in schools. The premium would look to ensure the EBacc doesn’t banish creativity from the education system altogether.

Labour’s 2017 manifesto also highlighted the need to emphasise arts and culture nationwide, as well as in schools. The £1 billion Cultural Capital Fund, administered by the Arts Council, would aim to enhance cultural and creative infrastructure and industries. Clearly, Labour aim to reinforce the need for creative industries from school through into the careers of the next generation.

The party intends to protect “the availability of arts and creative subjects in the curriculum and act to remove barriers to pupils studying these subjects”. However, they mention no specific budget or details on how to “shift the focus away from high-stakes exams”, perhaps suggesting a more arbitrary approach to creative education.

Creative education is stigmatised for creating a desultory attitude towards academia and STEM subjects. Despite the teachers’ cajoling across the UK, the rollback of arts subjects looks set to continue.

Why, then, have the major UK political parties (perhaps bar Labour) somewhat evaded the topic and instead aimed to boost the science and technological industries? The economy remains a high-priority factor for many parties. With technologies enhancing rapidly, and a significant underrepresentation of women in STEM careers, the scientific sector has been rolled out to education at all levels to encourage gender diversity and inclusivity in the sector. Rightly so.

However, I would argue a vigorous arts education background in primary, secondary and even higher education doesn’t disadvantage students who look to pursue careers in more traditional fields such as science, medicine or law. Arts education benefits not only the mental well-being of our young people, it also benefits skills such as creative problem solving, the ability to think independently, and critical thinking.

The impact of Brexit on creative education, and our schooling system in general, is as of yet unknown. Most likely, UK students will lose access to EU universities with the potential withdrawal of Erasmus+, and school trips will become a “heroic act of bureaucratic stamina”. Speculators have argued significant funding cuts will occur. If this transpires, it’s almost indubitable that arts education will take the main hit.

But - there may still be hope.

On 11 January 2019 the Government announced a new plan to back “model music curriculum” with a funding grant of £1.3 million for the Department of Education’s music hubs. These 120 music hubs were established in 2012 and designed to aid the performance of musical teaching. With more detail expected this summer, the recently published report stated these changes would affect early years: Key Stages 1, 2 and 3. School Standards Minister Nick Gibb stated that music was a “vital part of a broad and balanced curriculum”.

Perhaps, then, there is burgeoning hope for the UK arts scene. The consequences of the withdrawal of creative education can be speculated, but the real impact won’t be felt until this generation of secondary schoolers grow up and enter the workplace.

However, the World Economic Forum forecasts creativity as one of the top three most important skills (alongside critical thinking and complex problem solving).

We can’t wait to discover the shocking and emphatic impact of the EBacc. We need to start advocating innovation, not exclusion. Art, not equations. Individuals need to be championed over the swelling mass of standardised schooling in this country. 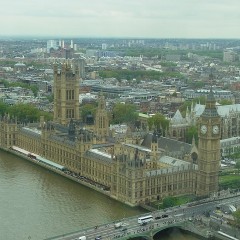 Creative education - what do the parties say? 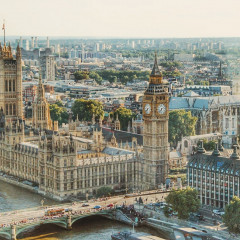