This is my Part D of Unit A (form and communicte a view). I chose to explore the subject of "Are Famous Musicians Overpaid?" becuase music is a big part of my life and it is not unusual to see the media posting about musicians' pay and the controversy surrounding it.

Nowadays, there is much controversy surrounding famous musicians and how much they earn. How much exactly does a musician earn? Do they deserve the money they get? What about the record label and distributers? Are famous musicians actually overpaid?

Music is a very big part of my life. Almost every hour of every day I am listening to music. It is a means of zoning out from the world and the stresses of everyday life, and I know that many other people feel the same way. Whether you prefer Rock or Pop, or classical or indie, we all have something that brings us together: music. We consumers are willing to download and stream music, buy CDs and other merchandise, and buy tickets to see musicians in concert, but how much do we pay? Is it Worth it?

Many musicians do not benefit greatly from music streams, on Spotify, the most popular music streaming network, artists only get around $0.005 per play, and it would take 140 days for this to make the same amount of money (usually around 99p) as a paid download from iTunes, Amazon or Google Play (see graph to the left). However, according to “The Great Divide” diagram below, “For every $1000 in music sold, the average musician makes around $23.40”. In actual fact, most artists actually make more money from touring and performing than they do from people streaming and downloading their songs. In fact, I conducted an online survey (plus 5 paper surveys) asking people questions on what they think about musicians’ pay. One of the questions was “would you buy a famous musician’s merchandise or go and see them live in concert?” and 31/33 people answered (with different variations – see print of results) yes. The following question was “If you answered yes for the last question, how much would you be willing to pay to see your favourite famous musician live?” Over 50% of the answers said £60 or less and 11.3% said over £80. This result didn’t surprise me though, because I have had numerous people telling me that I shouldn’t have payed £89 for Ed Sheeran tickets! My main point here though is that if an artist performs a sold-out gig in a venue with a capacity of 20,000 people who are paying £60 each, they are going to earn a lot (ticket sales would be £1.2m without cost of venue, security, management team etc) "If you are able to sell the full 18 to 20,000 tickets and fill the lawn ... , the earning potential is off the scale," https://www.npr.org/sections/therecord/2011/04/07/134851302/the-concert-ticket-food-chain-where-your-money-goes. Going on tour is the main income for a musician and if people are willing to pay to see them, then why not charge a large amount?

There are times, however, that I feel musicians do not deserve the amount they get, and this is compared to other roles in society like police officers, doctors, nurses and firefighters; and over 93% of people who answered my survey agreed with this. Although, some musicians do donate a percentage of their money to charity and promote charities to their fans and audiences which is a respectable thing to do. An answer on my survey was “they do bring joy to society” and I agree with this, I think that some musicians play a big role in society and sing about current issues that we cannot ignore – especially bands like the 1975.

A few people in my survey mentioned that they don’t think that “produced musicians/groups like X facto cult’ deserve the money and I also think that “manufactured” singers and bands and singers that do not help to write their songs, don’t deserve as much of the money they earn because they didn’t really have to face working up from the bottom of the industry which is very difficult. Although you need talent to go on the X-factor it is a lot easier that working your way up. Also the majority of X-factor winners are forgotten within a couple of months of them winning – they usually have one hit single and a mediocre album then disappear off the face of the earth because they can’t handle the hard work and dedication that other singers have been working on for years.

Overall, I think that most music artists deserve the amount they earn, they work hard to produce music and it takes a lot of physical and mental energy to go on tour. Maybe compared to other services they are overpaid but that is how today’s society works, if people didn’t like their music they wouldn’t stream or download the song, see them on tour or buy their merchandise. 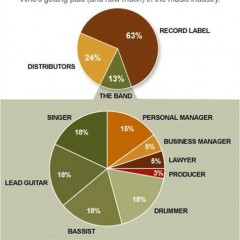 This is my Part D of Unit A (form and communicte a view). I chose to explore the subject of "Are Famous Musicians Overpaid?" becuase music is a big part of my life and it is not unusual to see the media posting about musicians' pay and the controversy surrounding it. 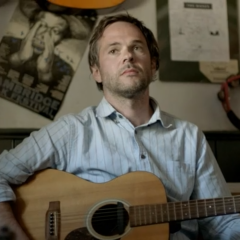