What are all of these cryptic teasers all about then?

Two of this generation's biggest artists, Aussie four piece 5 Seconds of Summer and American duo The Chainsmokers, appear to be gearing up to the release of a new track 'Who Do You Love?' If their past strings of success are anything to go by, then it's safe to say that this track is set to skyrocket to dizzying heights of success.

The duo Chainsmoker's aren't strange to pushing out a string of hit collabs, most notably 'Closer', a track that featured alt-pop queen Halsey. I lost track of the number of times I heard that song around and about during the summer of 2017, so if that's any indication of what's to come then I'm certainly excited.

However, for fans of stereotypically pop-rock band 5SOS, this collaboration may go one of two ways. After a hugely successful sound change with their previous album 'Youngblood' that gave them a one-way ticket to a US number one hit with the album's title track. But despite their radically altered and now more electronic sound might possibly leave many longtime fans from their early days somewhat disappointed.

Despite all this speculation, I think it will be incredibly interesting to see just how 'poppy' this new track might be and how these two amazing groups might possibly fuse their dramatically different styles together. Furthermore, the teaser clips the boys from 5SOS have been releasing look equally as intriguing!

Complete with support from Amazon Music, this should be a collab that people are sure to remember for a long while. No release dates have been teased yet, but keep your eyes peeled for those in the next couple of days! In the meantime, I'll be keeping my beady eyes trained on their socials until this highly anticipated song drops. 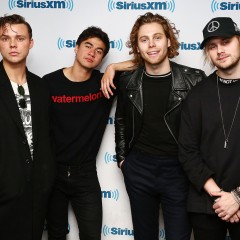 5 Seconds of Summer and the Chainsmokers cryptically tease new collab 'Who Do You Love?'

What are all of these cryptic teasers all about then? 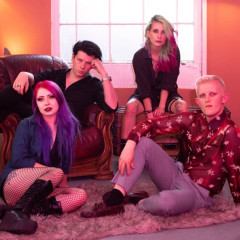