Oliver Hopkins discusses the importance of the arts within schools in the face of continued funding cuts.

How much longer do you think we need to imagine this for before it becomes a reality?  Cuts to vulnerable sectors of our society have been colossal in recent years and the education sector is now being squeezed more than ever, resulting in so-called 'non-academic' subjects being axed.  More often than not, arts-based subjects like drama, music and art are being grouped under this label and are disappearing from our nation’s schools.  Young people are no longer getting vital exposure to the arts and are being encouraged to have tunnel vision, working like machines with the only setting configured towards gaining a successful career.

In a recent BBC survey, in which 1,200 schools took part, 9 in every 10 said that they had reduced lesson time, staff or available facilities in at least one creative arts subject.[1] This undeniably has had a ripple effect onto young people’s option choices, with 2018 examination entries for subjects like Performing Arts decreasing as much as 63%[2] at GCSE and decreasing a much as 65%[3] at A Level since 2010.

Without a doubt, the statistics show that the arts are already nearing extinction in our schools and the next generation are not getting as much exposure to the arts as they once would have merely a few years ago.And it’s not just these subjects which are disappearing from the curriculum – extracurricular activities are disappearing, too, further transforming schools into just generators of superbly sparkling and splendiferous straight-A* students.

But wait a minute.  Pointless subjects such as these just interrupt with academia, right?  Schools are academic institutions after all and subjects like English and Maths have a greater currency in such a competitive global economy!  Surely children’s need for expression and free will which can be discovered through the arts should be nurtured in their free time at home?

Well, if you think that then maybe you haven’t actually considered that for children from less affluent backgrounds, school is the only environment in which they are able to have access to the arts (whether as part of the curriculum or as an afterschool club). It’s their only opportunity to be taught vital transferable skills and learn key values, like teamwork and self-belief, which our society needs now more than ever.  If you’re suggesting taking the arts away from schools, then we’re going to see a decline in social equality and a divide between those who can afford to experience theatre, music, film and art and those who cannot.

So who’s to blame for all of this?  It seems that little, if any, attention is paid to the arts at a high level within the education system so clearly this is not an issue which lays solely in the hands of our schools’ head teachers, but instead an issue with our entire education system.  Therefore, it’s not at all surprising that that government officials, particularly the Education Secretary (currently Damian Hinds), as well as the Ofsted Chief have voiced their disagreement with having the arts as a key part of the curriculum – perhaps they too are blind to this societal issue which they are causing.  Although Damian Hinds commendably has stated that qualifications and exams are “not the whole picture”[4] when it comes to education, it really doesn’t explain the funding cuts to the arts in education.  This is the same Damian Hinds, you must note, who has said that “English, maths, science, the humanities and languages” are the “enabling subjects that open up possibilities” and a greater focus should be placed on these.  Which stance do you choose to believe?

We can’t stand idly by while the arts are being stripped from our country’s schools.  If we won’t promote their value and importance, then who will?  Maybe I exaggerate when I hypothesise about a society where we have no freedom of expression and freedom of thought but how else will our young people be able to voice their views and discover themselves if the arts are wiped out?  The arts make us happier, healthier and promote a better school environment for all and are an integral art of an education system which nurtures personal growth and success. 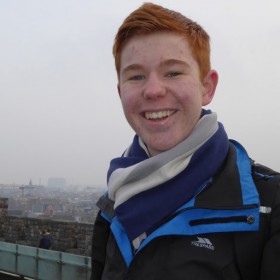 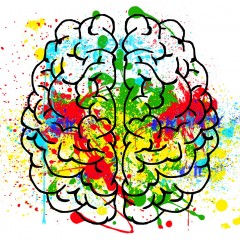 Oliver Hopkins discusses the importance of the arts within schools in the face of continued funding cuts. 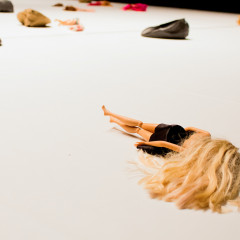