Putting on a production can be a stressful experience, especially in a busy school environment. More and more schools give students the chance to take on directing and organising roles as well as acting. If that's you, don't panic - Trinity College London has created a 6-month countdown checklist to help your next production go as smoothly as possible.

It's  long checklist, but it is comprehensive. Every single aspect of putting on a show is covered – from the very first idea of the production you want to put on to the very last bow of the final performance. To help you decide whether or not to download this free resource I have selected my top ten tips from the list, so that you know you will be completely in control throughout the process.

Identify your show (Six months before)

A seemingly obvious one, but a tricky place to start nonetheless. You've got to decide on what type of show you'd like to do (musical, comedy, tragedy, perhaps a historical piece) but also take into consideration how many performers you will need to fill the cast.

A show lives and dies with its technical team. This means lighting and sound operatives, costume designers, musicians (if you're doing a show with live music), stage manager, crew, set builders, runners, makeup and hair. There are so many jobs that are “behind the scenes”, and to forget about any of them could spell disaster for the production.

You've got to know when you're going to be rehearsing, but also which characters you'll need, which scenes and how long you will be rehearsing for. This all has to be sorted before you even cast the show, as you don't want to cast a lead actor, only to find out they will miss over half of the rehearsals due to a prior commitment.

Can't have a show without a cast. This one is pretty obvious as well – it is however, one of the more difficult tasks, especially for a production in production. You have to consider both ability but also commitment to the show.

Rehearse, rehearse, rehearse. Once you have your cast, give them the script and help them learn it! Remember that different performers have different “processes” and people will learn in different ways. This is obviously an ongoing part of the process, and as you approach show week you will need to increase the frequency and length of rehearsals.

A well constructed set is vital for two reasons:

2) in the interests of health and safety for your performers. The longer they have access to sets (and props) the lower the chance of any injuries.

If a show isn't marketed really well then it won't sell tickets – especially in this age of social media where everyone knows what's happening all the time, you need a media kit with posters, press releases and images that are incredibly eye catching. Make sure you include a press release, copies of your posters, rehearsal images and even a video of an “iconic” part of the show.

As with the set your costumes can really help immerse the audience in the show, so you want to make sure they look good. You can either make them yourselves (which can often work out far cheaper, but may not look as good) or you can hire them from costume hire companies. Many shows are common for schools to put on, so it's always worth checking with your local costume shop to see if they rent out costumes.

First technical rehearsal (One week before)

This will be the first time the actors, technical crew, and set will all be performing together. The more time you have to spend working through all the technical aspects of a show, the slicker and better your show will be. Remember to check light and sound cues, as well as costume changes (especially quick changes) and set movement.

You might want to write this in advance, but a well-given pep talk can be the difference between a good opening night and a GREAT opening night. Your goal here is to reassure your performers and crew that they have put together a brilliant and entertaining show, and if they keep doing things just like in rehearsal the audience will love them

There are many, many more things on the check list, so don't take only what I've written as gospel. You can download the checklist here (https://learn.trinitycollege.co.uk/drama-production-checklist) and check it out yourself! 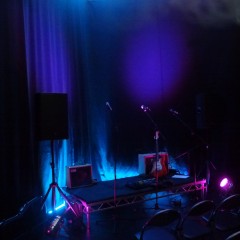 The six month countdown to your next school production

Putting on a production can be a stressful experience, especially in a busy school environment. More and more schools give students the chance to take on directing and organising roles as well as acting. If that's you, don't panic - Trinity College London has created a 6-month countdown checklist to help your next production go as smoothly as possible.