This is a piece I have written for my Gold arts award,

After a discussion with friends who said they found a lot of music offensive I decided to explore this issue further. I set out to find out different people’s views on what song lyrics they find offensive or if there even was any. I also wanted to know the effects that offensive lyrics can have, if any. I personally do not find any lyrics offensive and so I never really considered the effects that they may have on some people. My view was different to my friends and I wanted to find out what others think

I started by finding out which songs had offensive or controversial lyrics. the most talked about song seemed to be ‘Blurred lines’ by Robin Thicke due to its sub context about sexualising women and crossing lines. I found this information in article in the magazine. they talk about the song ‘blurred lines’ they discuss the lyrics controversy and disrespect to women. They raised the punt that it makes women fill lick they need to conform to a highly patriarchal view of women that is objectifying as well as putting a stereotype on women. An examples is Robin Thicken – “I hate these blurred lines” this shows that through the lyrics it demonstrates the idea that they can get away with rape and it is the woman’s fault.

I then looked at how some things were more accepted by different groups of people and at features of certain genres of music. For example, rap music contains lyrics about gangs, drugs, violence and sex and if it didn’t include these subjects then it wasn’t rap. The different group I refer to are LGBT+ and religion may have a very drift opinion on songs for eggs the song ‘I kissed a girl’ by Katy Perry is talks about kissing a girl so some people may find that offensive of eggs ‘I kissed a girl and I liked it’ some religion may find that offensive.

I then found some articles online about the effects of these lyrics on the listener. I found a couple of articles that talked about how offensive and be and lyrics are sexist and can damage a girl’s perception of how they should be treated. It also explored that men’s attitudes towards women can be influenced by this type of lyric as it appeals to the male fantasy and that’s then how they expect men to behave around them. I also found information to breaking boundaries between music genres and how it has become more acceptable. I also looked at the reasons why the music industry needs to shock its audience in order to sell more music and make more money. There was a lot of information on the topic which made researching easy but I had to read a lot of information to find specific things. I found various opinions about freedom of expression and that if its offensive then don’t listen to it. In my prime resistor I found that the younger gen are more lick lee to accept music then complain but that the older gen complain and say “it is not acceptable”

I carried out primary research to find out people’s opinions on what they find offensive in modern day music. I did this through an online survey service called Survey monkey. I shared it through social media but didn’t get as many responses as I had hoped. I then produced paper copies and gave it to people at my work and other family and friend groups. I feel I reached a range of different age groups so that I got different opinions. When I analysed the results I found the younger generation found the lyrics less offensive and the older generation was more easily offended. It also showed that because music is so easily available and accessed, it is harder to monitor what young people listen too. The results helped me to see that there is a real range of views on this topic. 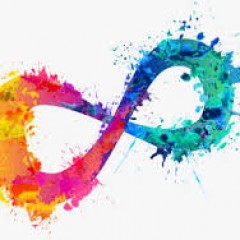 What song lyrics can be find offensive

This is a piece I have written for my Gold arts award,