This is a piece I have written for my Gold arts award, exploring the importance of the arts.

For my Arts Issue, I wanted to know peoples’ opinions on the importance of the Arts, especially in education. This includes; Dance, Drama, Art, Photography, Media to name a few. This subject is a bit of an issue and can cause controversy as some people, especially parents, believe that there is no use in these subjects and they don’t actually have a career path, however, others believe that there are many positive things about this subject and that there are many leads that come from these subjects. I chose this subject to talk about because I have personally been told that I shouldn’t take dance as a subject in Sixth Form or even GCSE because it’s a waste of time and grades. In my opinion, I believe that The Arts are very important due to it personally helping me to come out of my shell and be a more confident person. I believe that the arts are important because personally, dance has helped my self-confidence and self-expression.

I began researching online and looking at different articles, mainly a website called Spiked, as this had quite a few articles on the matter. However, the research I found had mainly good reviews which surprised me. For example, on Spiked, I found an article where someone wrote “Each school should still be committed to introducing children to the best there is in as many art forms as possible.” They also believed that “A good education includes a good arts education, introducing children and young people to dance visual arts, music and film.” I wanted to get a range of different views from a range of different people on the subject, so I created a survey on Survey Monkey asking four questions. When looking online, I also wanted to find out some information on mental health and suicide. I found on the NHS site that in a report of young people from the ages of ten to nineteen, since 2001 it is found that annual rates of self-harm of thirty-seven per ten-thousand girls and twelve per ten-thousand boys. Through the study, they also found that there was a sixty-eight percent rise in rates of self-harm from girls aged thirteen to sixteen since 2011. Many cases also involved drugs and/or alcohol. I believe that with the use of the arts being in education, it could help to control this, and even though we are spending money to keep the arts in education, if it stopped, we would still have to spend that money and if not more, funding counselling sessions through the NHS for young people with mental health issues. However, I feel that it is more appropriate to spend the money on education that could be a preventative rather than having to spend the money on trying to cure the situation when it could possibly be too late.

When I was doing my research, I found a lot of positivity towards the arts being in education, so I decided that I wanted to word my last question in a way that made people think and could catch them out, which it did. This question was the one that got the most negative responses. Ten out of forty-nine people said no. which suggests that the art forms are not important. I think this is because when applying for a job, the requirements are usually pass grades in maths, English and science but nothing in any art forms. However, the arts help you to improve and further your skills, for example, problem solving and team work which most jobs will be looking for. I also personally asked some people why they think that the arts should continue in school studies. Some of the responses I received were “Arts forms are a great way for young people to build their confidence and express themselves along with it being a great therapy for mental health issues.” This links back to the mental health issues and without the arts, students could ago through school with nothing to help gain their confidence and send them down the wrong path causing different issues and influencing their mental health.

I also found a quote that said “I don’t just dance. I perform. I breathe. I watch the world disappear. I release my feelings. I lead with my heart. I tear down my walls. I stop feeling sad. I lose the pain. I let go. I smile. No I don’t just dance. I do so much more.” I really liked this because for someone who doesn’t do any kind of performing arts or any art form, they don’t understand how much it can actually help people mentally and physically.

I believe that the arts are a great way for individuals, especially young people to express themselves. Dance helps to express yourself and your emotions through movement. Drama can help to express through voice and art and photography can help to express through images. I really do feel that the arts have a huge effect on young people and really do help to get people to find something that they love and make them feel like they have a purpose. Especially if they are in a company of some sort. I feel this way because people use their emotions and what they’re going through to help with their performance and their expression. Also, when it comes to any type of performance, people use that as a drive. It also gives individuals something to look forward to.

When I was researching on Spiked online, I found that in the 1980s, arts educators in the US and the UK developed ‘discipline-based arts education’ (DBAE) as a way of clarifying what should be included in an arts curriculum. During the 1980’s, in the US, EB Feldman defended arts education arguing that “It should not be about creating artists but something broader” and also suggesting that “Arts education can imbue in young people a sense of the satisfaction that comes from working to create something”. I believe that creativity in young people is important because it makes everyone different and helps with things like problem solving and different skills when needed. Minister Michael Andrew Gove, who is a British politician of the Conservative Party Gove received a campaign with a 45,000-signature petition arguing that that every child is entitled to access the arts. Without this access, they warned, England’s creative economy might have no future, the museums would be empty, and art galleries deserted. Less exposure to the arts will also cause a decrease in any industry involving the arts and without arts in education, the economy will suffer. I also found on Spiked, that according to artist Tracey Emin, ‘If anyone thought the riots in 2011 were bad, take the arts out of the curriculum and it will be worse’. I was really interested when reading about this because I had mainly thought of the mental health side if the arts were cut from education rather than the job losses, which would leave so many people without job, so this opened my eyes more and gave me more reasons to side with being for the arts in education.

In my opinion I am all for the arts being in education. I don’t see a negative side to the arts. I don’t feel as though it would have any sort of negative affect on and individual, mainly positive. It has a positive effect on a person’s self-confidence, wellbeing, attitude and their mental health. One of my questions on my survey was “Do you think the arts are just as important as Maths, English and Science?”. I truly believe that it is. Lots of children find it hard to sit at a desk and concentrate in a lesson for an hour, however, if you get them using their body, or their voice and able to speak, move or draw their opinion and keep them active, they are able to concentrate a lot more and enjoy their days at school. I believe that the arts are just as important as literal subjects and Physical Education (PE). As well as arts helping to keep children focused on their other work, it also gives them a more rounded education. 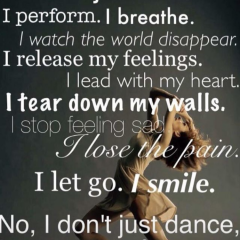 The Importance of the Arts

This is a piece I have written for my Gold arts award, exploring the importance of the arts. 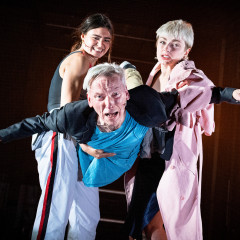