Voice MagArts AwardBlogsDo we have to sit in…

This is a piece I have written for my Gold arts award, exploring audiences opinions on styles of theatre.

I asked the question ‘Do we have to sit in a seat at a theatre to watch performances or are audiences demanding a more immersive experience?’ I chose this question as I felt that over the past year I have learnt a lot about work such as site specific and how it is a growing concept. I have gained experience in devising a piece and watching Motionhouse perform in my school. The company create dance circus pieces around the UK in both theatres and outdoor spaces. I wanted to know if there were any strong opinions against it and if so what they were as personally I feel that immersive theatre is something that can appeal to a wide range of people and is great for connecting audiences to the performance and performers. 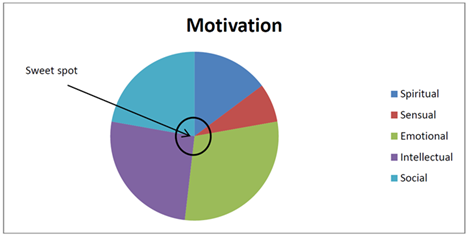 I began looking on the internet to find other opinions. “People who are now grown-ups and have been sat behind desks for 20 years, they crave to be engaged in a fun, playful way,” “It’s such a big escape from the grind of everyday life.” I love how this supports the idea that it’s not just younger generations searching for a new trend “Maybe the company had run out of creative ideas” – the company being Punchdrunk. (Taken from the independent) that it’s something for everyone which I agree with. Why should we stick to what’s normal and traditional?

From this I created a survey to ask a range of ages with different experiences of the arts their view on traditional theatre and immersive experiences to see if there was an age divide. I asked someone Age 33 that had seen performances that were in a different setting to a theatre, she said “I prefer performances in the street etc. as I feel more connected with the performance and dancers, being in an everyday setting makes it more exiting and you feel more involved more.” However when someone else Age 40 who hadn’t there response was “Theatre because I’m old school just like to go and be entertained.” This is where my thoughts that it’s something for everyone changed. I went on to ask somebody Age 60 who had not seen anything but traditional theatre and she replied “site specific because it’s more visual and creative and has a good atmosphere.” Leaving me in two minds on the age divide however, I soon realised that without people gaining the experience of immersive theatre, opinions can change. So it isn’t really a preference based on age but more about knowledge of new styles.

Eprints.whiterose showed a study of why people go to the theatre from this I found the chart that shows the impact of the arts on audiences as well as “Pine and Gilmore’s concept of the “sweet spot” in that the pinnacle of each individual’s theatrical experience would lie in the intersecting core of the five key drivers.” 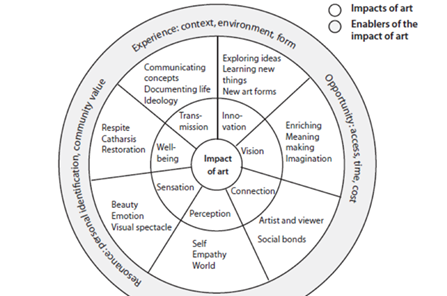 I feel that a lot of the things listed can be shown clearer in immersive theatre than traditional theatre. “Too often, though, the experience is disorientating and audiences are expected to work harder than the cast in order to grasp the play. Some may enjoy the challenge” and “I'd rather leave it to the professionals to take me on a journey, preferably without me having to leave my seat” this made me think that some people go to performances hoping to relax and don’t want to try and work out what this piece is about, traditional theatre allows them to do this and sit back and be entertained. So it depends what you want to get out of it on what type of performance you set out to see.

I found a quote from the performingimpactproject that made me reflect on my past experiences “Looking too hard at something that means nothing; that you might have to get involved at any moment; or that you're missing out on something more exciting happening in another room. Too many times I have left shows only to discover that the best bit was a secret room I never found” Through watching a dance piece that was based outside I understand where they are coming from, I was worried that I had missed something or that I didn’t have the ‘best seats in the house’ like what’s advertised in theatres however, I didn’t feel that I had to think about ‘theatre etiquette’ as it’s a whole new setting. Again looking back to my survey I found a comment made by someone aged 17 “traditional because there is a much better atmosphere to a classic dance rather than a scene where you wouldn’t normally place a dancer.” And another by someone Aged 17 “I am undecided, I like theatre spaces  as you can sit down and are able to relax and fully immerse yourself in the performance. I like site specific as they are so unusual and they can only be performed in that space. They both create amazing effects depending on how they are used.” This lead me to the thought of do audiences prefer to Immerse them self rather than let the dancers and design of the piece do it for them?

The Independent website said “Initially it was a traditional theatre audience looking for something different. But now there’s a whole new audience out there, a generation used to controlling and curating their own world who are looking for a mix of immersive storytelling, game-playing content and social interaction. People want to be heroes in their own story, not passive witnesses.” This stood out to me because it represents how audiences like feeling as though they are part of the narrative set out by the performers however, it also suggests that immersive theatre could be growing too quickly. “Is it ‘real’ theatre?” is another quote I found from the same website and I was still quick to argue against it.

In the past I have looked at theatre tickets and wondered why the prices were so high, maybe it’s different for immersive experiences. Another point made by Independent website “Even the term ‘immersive’ has become overused. It is being used to flog everything from fine dining to frozen roast potatoes. Some theatre companies liberally sprinkle their marketing copy with the word ‘immersive’ because they know it can add £10 to the ticket price.” “People know they can sell immersive shows. Audiences want them. But there can be a point where it stops being art and is just capitalism.” is this why more people don’t see immersive theatre because the prices are too high? 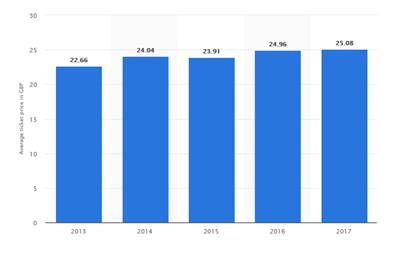 The information I found gave me more of an understanding into immersive theatre than I did have and an understanding into why people may not enjoy it so much. I found more arguments against immersive theatre than for it which surprised me highly. However, In conclusion this has helped me to see why others have this outlook on theatres but my view still stands that we don’t need to sit in a theatre to watch performances. 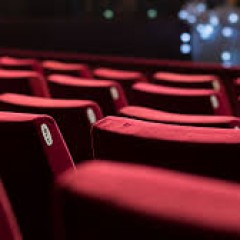 Do we have to sit in a seat at a theatre to watch a performance or are audiences demanding a more immersive experience?

This is a piece I have written for my Gold arts award, exploring audiences opinions on styles of theatre.