Young people are amongst the most spied upon in the world today, with corporations, governments and family members all tracking what they do

Did you know that young people are the most tracked members of society, both on the web and off? It’s apparently true! Online, their browsing may be filtered or blocked by parental controls, or age verification restrictions imposed by websites. They might also be followed by your traditional ad networks (even if legally they aren’t allowed to) or have shadow profiles created based on information that is available. Parents can also track children’s location via apps, and they might even be physically reading messages and emails received.

The tracking isn’t limited to their digital footprint either. There have also been a number of controversial policies that are monitoring children’s behaviour. One example is Prevent - a government counter-terrorism policy aimed at reducing radicalisation by identifying and supporting potentially at risk people. Schools and social services departments are increasingly becoming involved in Prevent, as they have a duty to counter radicalisation. Faith leaders, teachers, doctors and other professionals are expected to refer any suspicions about people to a local Prevent body, where it is then decided if further action is needed. In 2015-16, around 7,500 cases were referred, and 37% of the time no action was taken. In only 1 in 10 was further action taken.

A more recent example is the Metropolitan Police’s ‘racially discriminatory’ gang matrix, which is then shared with Government institutions and housing associations. The database has over 3,800 young people on it, some as young as 12. Over 40% have a ‘harm score’ of zero, meaning they have no police charges or intelligence linking them to violent crime in the last two years. This list, according to the session leader, is 90% male and 94% black. The whole database is deemed to be a complete failure by some, as 80% of stabbings where the victim is under 25 is deemed to be non-gang related.

During the session we were quickly talked through the privacy policy for Snapchat, and it was very much as you might come to expect. It details the information you give to the company, including your username, password, email address and so forth. It outlines the information they gather from you when you use the service, including device information, usage information, content, address book, location information and log information. More surprisingly though was that the service will also get information from other apps you use, how you use them, if you click an ad in or out of Snapchat, and if other people have uploaded their address book with your information in it. With the purchase of Placed, Snapchat is also able to use your location data and correlate it with the ads you’ve interacted with to see if they’ve had an impact on your real world shopping habits.

As the session continued we discussed the real world implications of using social media, and it was quite a mixed bag. Studies are showing that young people are actually more aware of what should and shouldn’t go online than their elders, which surprised a number of people.

There was also some debate around the paradoxical nature of getting a job in the age of social media. On the one hand, recruiters might not hire you if you have embarrassing content on your social media, but at some time in the future we will reach a point where this is just the reality for the majority of people entering work, and it might no longer be an issue. Similarly, it can be limiting to have no social media presence, as some jobs and universities like to see that you are active on these channels.

Most interesting was the comment about the pristine nature of social media. Nowadays, people are only uploading finished work, and we are missing out of the development and process. How do we show progress and personal growth if the only things young people can post online is already polished. 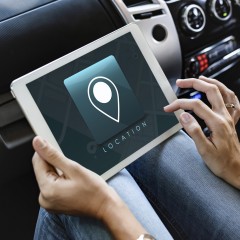 I accept: An interactive conversation about society's spying on young people

Young people are amongst the most spied upon in the world today, with corporations, governments and family members all tracking what they do