The creator of the world wide web spent 30 minutes promoting the future of the internet, but was light on the details

It was 20 minutes before Tim Berners-Lee was due to take to the stage and already the room was packed. People were clearly eager to hear what the creator of the web has planned.

When the room was finally filled to capacity (and then some) the announcer introduced Berners-Lee and he burst onto the stage to rapturous applause.

Listening to Berners-Lee address the crowd (for I definitely couldn’t see him among the bodies), I was immediately taken by his charismatic personality. He has a skittish, almost nervous energy to him, and there was none of the pomp you might expect from someone who created the foundations upon which the modern world exists.

But he wasn’t here to talk about the past. His focus was very much on what comes next, and offering us his vision of a decentralised web in the form of his new venture: Solid.

Solid (derived from "social linked data") is a proposed set of conventions and tools that will allow the building of decentralised social applications based on Linked Data principles. That is to say, data will exist independently from the platforms they are used on.

Solid apps will run on any platform because they have a common backend. The user will just point apps to their storage, and Solid can have the right to read/write to the storage, but its usage isn’t immediately contributing to the continued commercialisation of data.

Solid is about breaking down the silos, and freeing your data from walled gardens. Eg. You can currently share medical data with your doctor, but what if you want to share it with your cousin? Solid is about giving you the freedom to choose where you data resides, and how it is shared with people. It is “software that will act on behalf of the user” to help them communicate or work.

Berners-Lee said that his life is now largely run on Solid apps, although more immediately apps aren’t the focus right now. Berners-Lee and his team are currently working on making the server as feature ready as possible. Once these servers are functioning, then communities have to create the servers upon which the apps work.

An obvious question is how will this project be funded. Berners-Lee feels that people are going to eventually come around to the idea of paying for what they use. So, rather than paying with data, people will pay with money – perhaps a novel concept in 2018, but that’s the future he envisions.

There was time for a short Q&A and one question was how current data controllers will be convinced to open up their ‘silos’ to make it easier for people to migrate their data. It turns out that this is already happening. The Data Transfer Project, started by Google in 2017, is now working with Facebook, Microsoft and Twitter to allow easy migration of data from one platform to another. It is in early development but eventually it will be opened up to other services too. There are also laws requiring more open data. For example, GDPR already requires higher transparency with data, and Open Banking requires financial institutions to make your financial information available to third parties in a common format.

Part of the big sell with Solid is that you can control the server your data resides on. The vision is that you can have a Raspberry Pi running a Solid server at home, and your apps will link into it. Our own contributor Maddie Drury asked Tim about the potential environmental impact of everyone running their own home server over having centralised data centres.

Here, Berners-Lee was slightly less confident. He said he wasn’t sure whether the impact of people leaving a computer on at home is as big a worry as people think. He also mused that building a server that can wind down gently is “quite important”. The reality though, he concluded, is that most Solid pods will exist on servers that have thousands of other pods on them, although having the option to take a Raspberry Pi and run a pod on it if they so wish is nice.

“The planet will have to cope”, he finished, tongue in cheek.

There were questions around how they will stop the format going the same way as BitTorrent, created as a means of sharing information but eventually used for piracy. Berners-Lee said that the EU’s controversial Article 13 might prove a problem, as it requires companies to proactively pull down copyright material and then prevent it from being uploaded. However, by its nature there couldn’t be any file moderation on Solid, and even if there was it wasn’t something they had the means or resources to police.

Finally, asked how best to help the project go forward, he had a simple answer: build apps using Solid.

You can find out more information about Solid at their website. 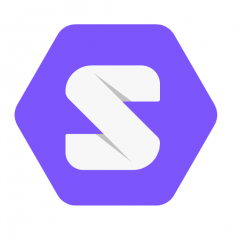 Tim Berners-Lee on his latest work

The creator of the world wide web spent 30 minutes promoting the future of the internet, but was light on the details 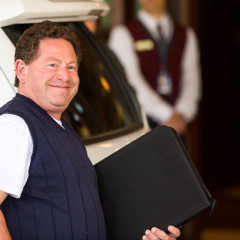