Voice MagBlogsShould there be limi…

For the section of developing and sharing a view on an art topic, I have chosen the question “Should there be limits in art?”, for my gold Arts Award. Here is my final argument. 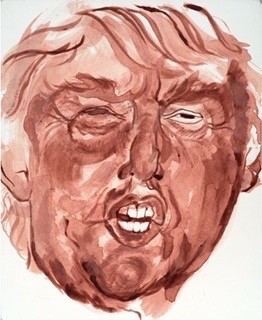 Whatever by Sarah Levy 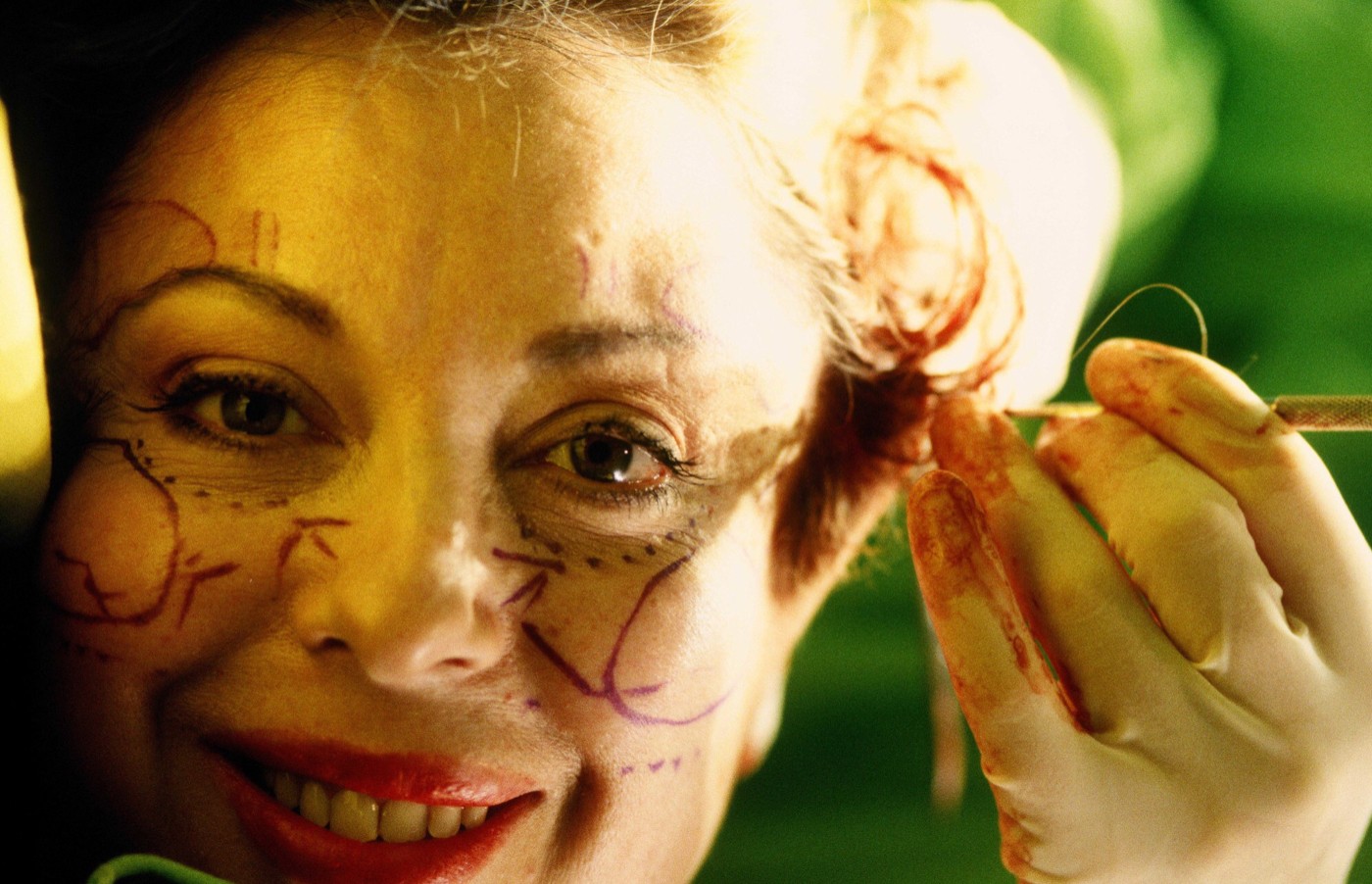 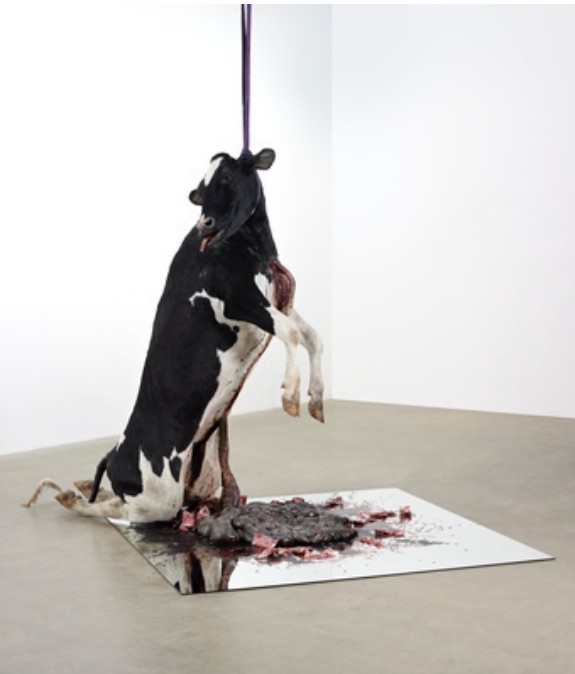 The promise of money by Damien Hirst 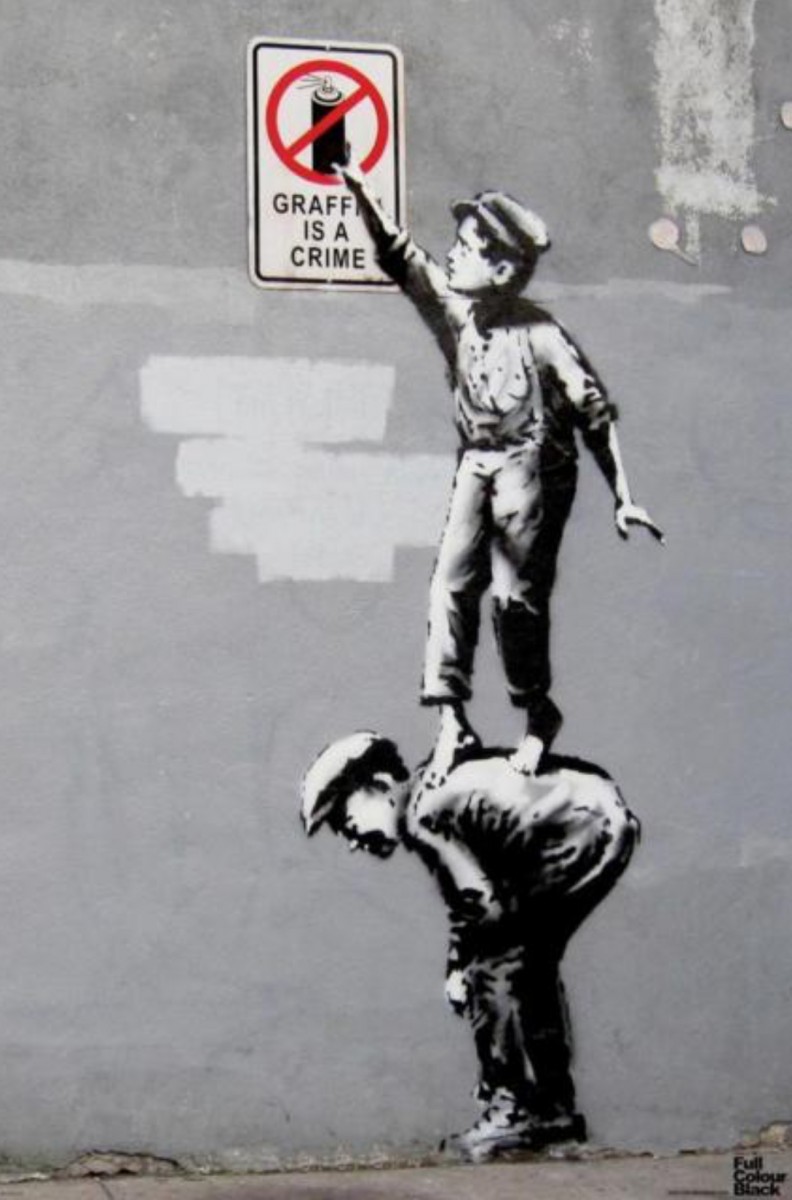 Graffiti is a crime by Banksy 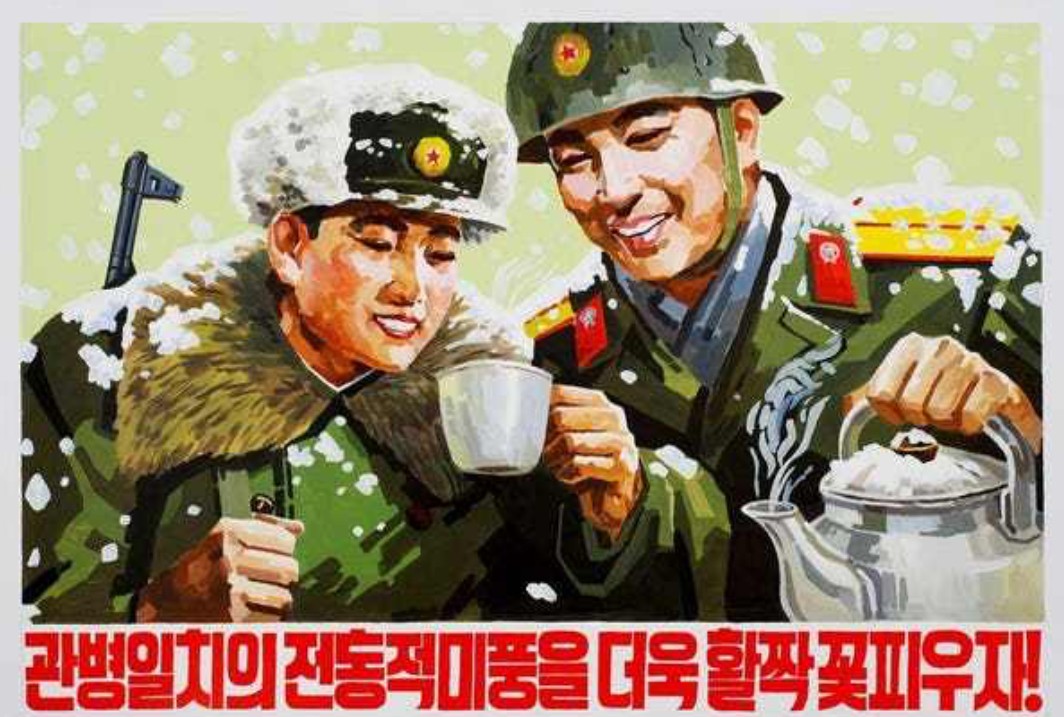 Propaganda from the DPRK 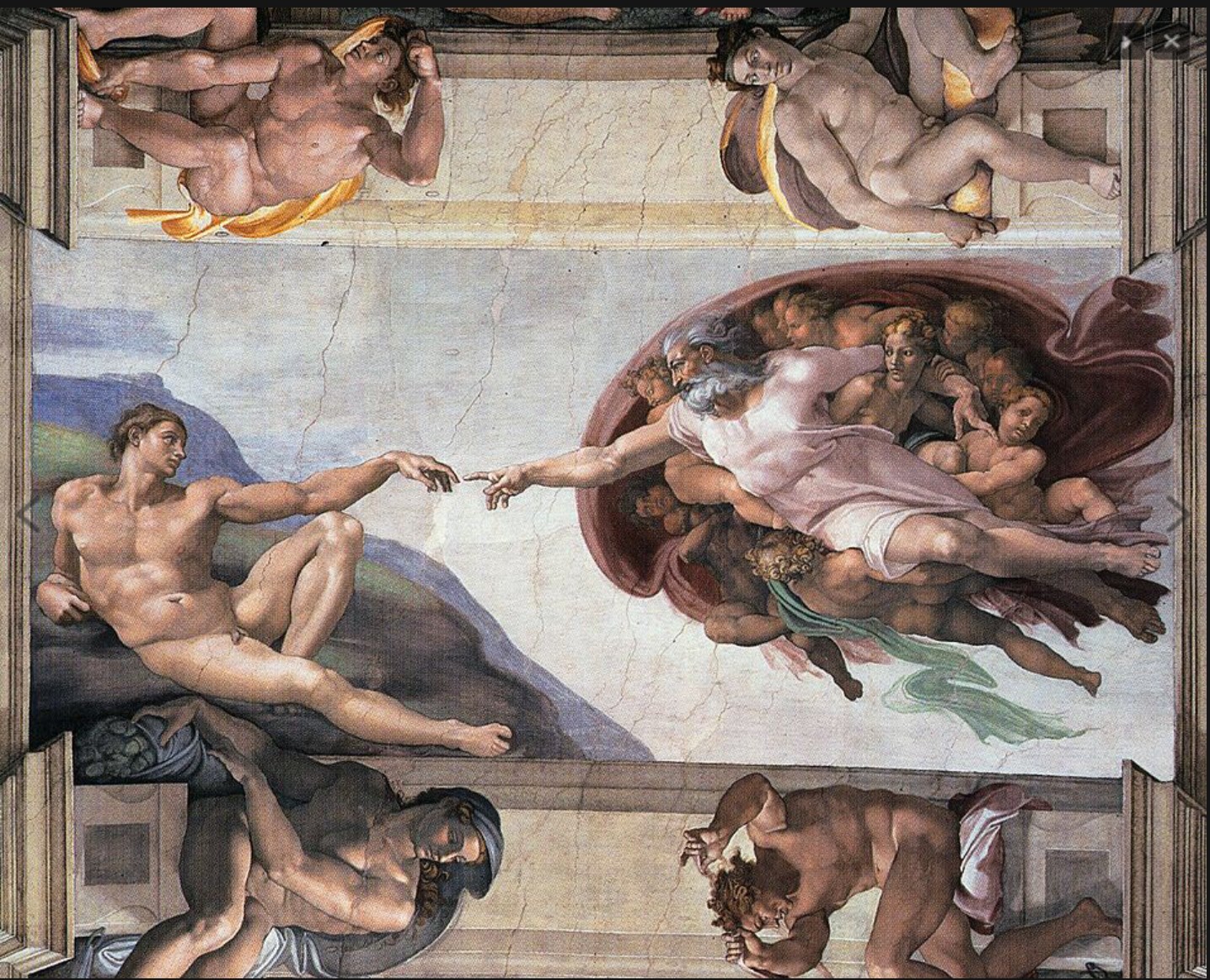 Creation of Adam by Michelangelo 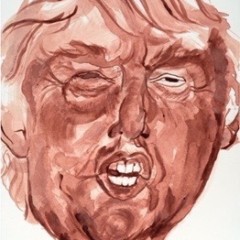 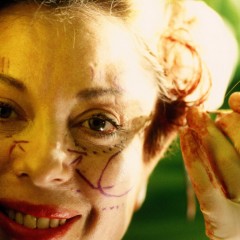 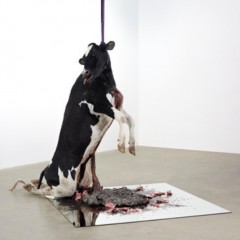 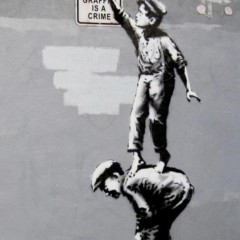 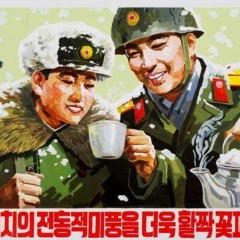 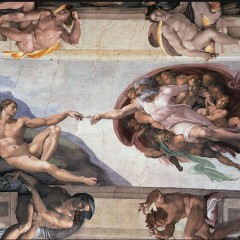 Should there be limits in art?

When you look up the definition of ‘What is art’ the first thing that pops up is ‘the expression or appreciation of human creative skill and imagination’.  It is fair to state that this is a very broad statement, therefore, the question “Should there be limits in art?” is more appropriately “Can there be limits in art?”  Is it possible to control what counts and is it even achievable to enforce this?

When asked her opinion on Damien Hirst, Tricia Austin (Spatial Practices Programme Research Leader at Central St. Martins) commented “I think he plays for publicity.  He’s very clever in that way.  So, he might be provocative just to get attention.  That hasn’t got any integrity.”  This raises the question ‘Should all things be considered art?”  It is my opinion that they shouldn’t.  For example the French artist Orlan has plastic surgery performed on her body; this is her ‘art’.  I personally do not see how this could be considered art as it shows no real imagination or creativity, whilst it’s definitely different, but that should not make it art.

I believe it is unnecessary and unethical to harm animals or humans in the process of making art, however, others may disagree.  Edvard Munch expressed the opinion “Art grows out of grief and joy, but mainly grief”.  Some may argue that killing is therefore necessary; art needs to evoke emotion.  As David Hockney said “Art has to move you”.  What more powerful way to create strong feelings of sadness or anger than death?  One small sacrifice transcends time, art is ageless, some may quote Hippocrates: “Life is short, art is long” to this I say “yes, life is short, therefore everything must be done to preserve it and enjoy it”.  It is possible to create art that kindles feelings of despair through painting and sculpture amongst many other forms of art without the mindless slaughter of animals or injury to people.

To answer this question, not only the art that is created is put into question, but also the materials used.  Sarah Levy created a painting of Donald Trump using pure menstrual blood.  Some say this is disgusting and unnecessary, others fully support the piece, saying it’s what he deserves.  The piece was painted after Trump used women’s periods to insult a female reporter.  Would this painting have had the same effect had this medium not been used?  Of course not.  I therefore think it acceptable and relevant to the cause. The creative use of irony to throw a comment back at someone; it may seem unsavoury to some, but that is the desired effect, the perfect way to translate the artists feelings to her audience.  Some may question whether it’s right to bring politics into art. Is it fair to say the politics overrides the creativity, drowning out the imagination in obvious jabs at issues? Ai Weiwei, a Chinese artist, said “I don’t think anybody can separate politics from art”. As I before mentioned, art is driven by passion,   hence, I don’t think it’s wrong to include politics in art, for many politics is passion.

A further dilemma; art used as propaganda.  A recent exhibition of graphic design in the House of Illustration ‘Made in North Korea: Everyday Graphics from the DPRK’ included posters, comics and postage stamps published under strict control by the Korean rulers.  The domestic posters, all highly coloured and featuring very beautiful, smiling people, portrayed a land of plenty - food, work, consumer goods for The People.  The comics allude to constant vigilance and heroic battles with the rest of the world, loyalty to the Supreme Commander.  A superior country, a Fatherland protecting all.  Absolute nirvana, but as far from reality as possible.  Designed to convince the nation that if all wasn’t well now, it soon would be so long as we work hard and demure to The Leader.  This artwork is used to influence and control a nation.  Propaganda. This is not a demonstration of passion, it is power. The artwork all part of an inescapable net that captivates it’s audience to endlessly control. This is wrong. To me art is an expression, a suggestion. Art is not and should not be taken as mandatory.

Another form of questionable art is graffiti; the environmental law states that graffiti “is an act of Criminal Damage under the Criminal Damage Act 1971”.  However, Banksy, it seems, is exempt from this law.  So why is Banksy permitted and lauded?  Money.  Where Banksy is concerned, any art is within the limit.  Banksy’s brand has become more important than the art he’s producing.  But what about the other graffiti artists? They are branded criminals and possibly fined. I believe that if a Council decide to accept the art of one, it should accept the art of everyone.  David, from Shoreditch’s Graffiti Life Gallery said “once you remove the risk element, what is it?”  A large part of the art of graffiti is breaking the rules and making controversial opinions known at a risk, this is what makes it so powerful.  If you take away the rules, the limits, is that art relevant any more?

During the Middle Ages, the Church prevented any artwork considered to be indecent, for example nudity.  Towards the end of this era, the Renaissance occurred, promoting art with scenes of nudity; the social norm and firm limits set down changed so much that the Church had no option but to accept it.  In the 16th Century, Pope Julius II invited some of the greatest artists to help with the reformation of the Vatican. Michael Angelo painted the Creation: a nude figure of Adam, among many others, this just shows how limits incite creativity amongst people. Years before this breakthrough, controversial  artists stretched the limit. I therefore feel it’s fair to state that without these limits, some beautiful pieces of art may not exist today. It seems clear to me that art thrives from pushing boundaries and breaking rules.

In conclusion, do I think there should be limits in art?  No, I don’t think there should be laws explicitly against breaking the norm, if there were, we would be giving up some of our freedom of expression. Saying this, I believe art should be criticised by the public. No-one can really determine what art is.  Everything is art to someone, who am I to judge what counts? In the words of Peter Selz:  “if one general statement can be made about the art of our times, it is that one by one, the old criteria of what is a work of art ought to have been discarded, in favour of a dynamic approach in which everything is possible.” 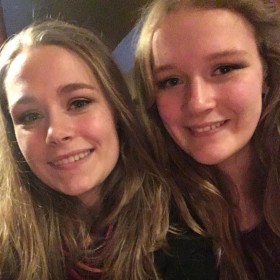 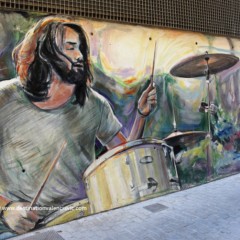 Should there be limits in art?

For the section of developing and sharing a view on an art topic, I have chosen the question “Should there be limits in art?”, for my gold Arts Award. Here is my final argument.