Voice MagBlogsYardie review - an i…

Move over BlackkKlansman, here's another period movie that still holds a place in today's society.

After BlackkKlansman and Black Panther arrived on the cinematic scene and showed us about the lives and plights of black people, Idris Elba (The Wire, Luther and, erm, The Drak Tower) brings us his directorial debut with Yardie, based on Victor Headley's 1992 novel. It follows Dennis 'D' Campbell (Aml Ameen from The Maze Runner) a lad living in Jamaica with his brother Jerry Dread. All is (mostly) well, until shots ring out at a sound session and Dread is dead. Years later, a friend, King Fox, sends D to London to deliver a package of cocaine to a man called Rico - however, he intends to get vengeance on his brother's killer.

Despite the blood and violence, Yardie is a hard-hitting and gripping movie that will engage you in D's story, especially when he inadvertently gets his partner Yvonne (Shantol Jackson) and their child  involved in his endeavours. While this film could have ended up on Netflix or a similar site due to its niche content, watching it in the cinema will immerse you in the story and the world that Elba has constructed for us. This was certainly a film worth viewing. 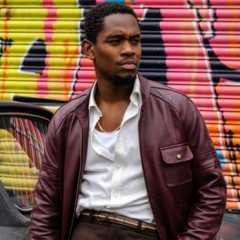 Move over BlackkKlansman, here's another period movie that still holds a place in today's society.