Voice MagBlogsI can do both! Is th…

With a specific focus on the backstage theatre industry, is being a multi-skilled practitioner a help or a hindrance within the industry today? Can someone market themselves as having skills in multiple departments? And how important is it for someone who has chosen to specialise to have a knowledge of other departments?

So, my current project at university is that I have to give a presentation on a topic relating to a modern theatre institution, association or legislation.

The rigid separation of departments that exist in drama educational institutions, theatres, and backstage associations has prompted me to look at the idea of being multi-skilled as a practitioner and why there is a pressure to specialise.

My university runs a "carousel" style course: you learn a bit of everything. Previously, I only had experience in stage management and I chose this course because I wanted to learn about other elements of backstage theatre, hoping that having a variety of skills would make me more employable in the future.

I've often been told of the increasing demand for multi-skilled practitioners in theatre. Budget cuts, particularly in small scale theatre, mean that a single person is often hired to do many jobs. Sophie, a recent graduate from my college, is a lighting designer. However her first few jobs were as a stage manager where was also in charge of lighting and sound. Good thing we get trained in all departments!

Just this weekend, I went backstage on a large scale opera where a single person was operating lighting, video and sound cues. During the shows they simply had to hit different GO buttons on the Deputy Stage Manager's (DSM) cues. But what if there was a glitch during the show, surely it would be best to have someone who knew a bit about each department and was able to quickly fix the problem? That's a lot of skills for an individual person — man or woman.

DSMs are known to operate technical aspects of the show during the run. Prior to starting university, I was DSM on a show where I had to operate video that was running on a software I had no knowledge of. Were anything unexpected to happen during the show that meant a cue needed to be skipped, played again or faded out quickly, I wouldn't have had a clue which buttons to press. My 'specialised' (or simply lack of) knowledge was limiting.

A job advertised in the Stage this week caught my eye: it was titled Stage Manager/Theatre Technician. These, as far as I am aware, are titles of two very different roles, requiring two different skill sets. The advert read that "the successful applicant is likely to have a broad range of technical skills, covering all areas of production and stage management."

A quick google search and I came across a second (expired) advert, recruiting a "Technical Assistant Stage Manager" who must be "highly organised, a good communicator with excellent stage management and relighting skills and an interest in small scale touring" — so, someone who is a specialised stage manager/relighter all in one.

These are just two examples of how the industry is demanding multi-skilled workers.

Of course, this goes for other environments as well as theatre. Visual artists advertise themselves as illustrators, graphic designers, animators, portrait photographers. You are no longer just a dancer; you're a ballet dancer, a tap dancer, a contemporary dancer, forever packing yourself into smaller and smaller boxes.

Specifically relating to theatre, I guess I'm approaching this topic from two perspectives. Firstly, the importance of someone who has chosen to specialise, whilst also having a knowledge of other departments. But secondly, as someone who can advertise themselves as two or more things. On my business cards or my website, can I list myself as a Deputy Stage Manager/Video Programmer, a Stage Manager/Lighting Designer or any other combination of things?

Looking at more general freelancing advice, there is an argument that specialisation equals employability. Creating "the brand that is you" is hard enough, but by doing too many things, are you complicating it for potential employers who would trust you more if they knew you devoted yourself to a single field?

An abstract example to illustrate the point is considering a place like Argos.

Just bear with me.

We all love Argos. It's great. But if you want a children's toy why not go to Hamleys? If you want a beauty product go to Boots. If you want some bedroom furniture head to Dreams, 'the bedroom specialists'. Argos definitely has its place in the world, but if you want something a bit more specific and complex, or you're actually not too sure what you want and you need some advice, you'd go to someone who knew the most about that product.

I mean, supermarkets are great but nothing can beat a trip to the bakers for a freshly made loaf of bread.

Maybe hiring a multi-skilled practitioner is an efficient, easy, and cost effective route, but if you want the best of the best...

I potentially want to work in video and deputy stage management. That means I'll have to work twice as hard to match the people who specialise in just one of these fields; how much can I stretch myself and am I, in reality, just reducing my employability? If an employer has my application and that of someone who specialised in just the single, required field, who are they more likely to hire? I don't know…

I'd love to hear your thoughts. 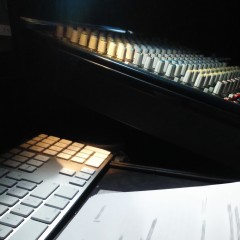 I can do both! Is the multi-skilled artist a good thing?

With a specific focus on the backstage theatre industry, is being a multi-skilled practitioner a help or a hindrance within the industry today? Can someone market themselves as having skills in multiple departments? And how important is it for someone who has chosen to specialise to have a knowledge of other departments?