During my current school year I have realised how little  the current education system, with a few exceptions, is set up to promote the arts and what they have to offer. For example, during my first year of sixth  form we have had multiple PSHE talks about career opportunities in medicine, law and accountancy, and yet design is the sixth biggest employment sector in the United Kingdom, and performing arts is the tenth.

According to creativeindustries.co.uk, “fashion fuels the UK economy”. Not only is the fashion industry estimated to be worth anywhere between 26bn and 66bn, over 888,000 people are employed within this industry. However, despite this overwhelming contribution to the economy, educational emphasis on the arts is declining.

Not only are fewer students being entered for arts examinations, there are teachers being employed in these subject areas. One study claims there has been an 11% decrease in art teachers in school and a 10% decrease of hours arts taught in schools. In addition, UCAS has stated there has been a “14000” decrease of applicants with arts qualifications from 2015/16, and a 4% drop in students taking art A levels, the lowest of the century. This pattern of reduction of arts in education can be seen in my own school where two teachers are employed to teach six year groups, each with at least two forms, and five in year 7/8/9.

In my opinion, in the United Kingdom, there is an increasing stigma surrounding the pursuit of arts subjects. I believe this stems from government policy, and is reinforced by schools and parents.  A long term historical bias against ‘soft’ subjects like art, drama, textiles and dance has been repeatedly reinforced within the education system and the media. This bias is  justified by a belief that a job in the arts is not stable or sustainable, and that exceptional talent is required to succeed in the arts.

As a result of this received wisdom, many students choose not to study arts subjects.

A quick survey of my peers revealed that many of them have been influenced by both their schools and parents into choosing ‘academic’ and STEM subjects like maths, biology, history and english.,

As a consequence, this has produced a drop in the number of students taking the arts, with a 20% decline of children taking art GCSEs from 2010/16, with an 8% decrease of entries into art A levels. In my opinion, this lack of encouragement has led, and will continue to lead to a lack of interest in and appreciation of arts education which in turn will lead to less students taking them and a lack of development in arts. This will then impact on the future of industries, and the economy.

There are however some statistics which argue against a reduction in arts in education. The Board of Education argues that there has been a 1% increase of entries into Arts subjects and the London Borough of Redbridge claims that EBacc has “increased the number of art entries”. According to this, almost half of all students (48%)  took an art subject in 2016, comparing with the 44% in 2012. But the report also states that teaching hours for arts subjects has fallen by 10% and the hours in which art teachers are in school has decreased by 11%.

In my own opinion i believe that the arts have an extremely important impact on both our society and our economy. They provide an extremely important service in industry and a creative release for students. I have realised through gaining work experience for multiple arts companies that this industry will remain prominent, particularly through my work experience with a wedding dress designer. The average amount spent on a wedding dress comes to nearly £1000, and with bespoke tailoring it can average around £2,500. With the amount of people marrying reasonably constant, this means there will always be a demand for my career, the same for clothes and for textiles. All of these things are integral to our lives, and cannot be eradicated. With automation ever increasing, the one thing technology cannot mimic is creativity, underlining just how major the arts are, and how they should be encouraged in education, not diminished. 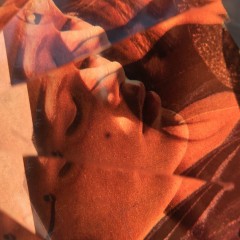 The reduction of arts in education and its consequence